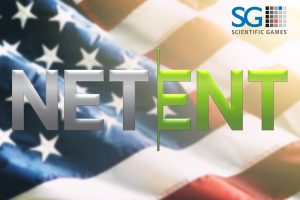 B2B gambling companies Scientific Games and NetEnt announced that they have teamed up in a bid to strengthen their presence in the regulated US gaming market.

Scientific Games said Thursday that it has reached an agreement with the Swedish slots maker to distribute its content across states where online casino-style gaming is legal via its OpenGaming aggregation platform.

Scientific Games’ OpenGaming platform offers more than 2,500 games, including proprietary titles and content from a wide range of third-party studios. The content aggregation solution also offers different features such as jackpots, missions and tournaments, and free spins, among others.

Under their recent partnership, a selection of NetEnt’s most popular games have been integrated onto OpenGaming and are now available to platform partners in New Jersey. Further launches in Michigan and Pennsylvania are planned to follow.

The addition of NetEnt’s portfolio, including Divine Fortune, which has been an absolute hit in the US, as well as the likes of Starburst and Gonzo’s Quest, will further strengthen OpenGaming’s offering and marks a significant milestone in Scientific Games’ plan to build one of the industry’s largest and most powerful content aggregation platforms.

The partnership between NetEnt and Scientific Games comes as the Swedish games maker is looking to expand and cement its presence in the fast-growing regulated US market. Most recently, NetEnt announced that it has extended its foothold in Pennsylvania with the launch of a selection of its slots with Wind Creek Casino.

The Swedish company also unveiled a partnership with BetMGM to enter the West Virginia iGaming space.

US Expansion of High Importance

Commenting on their partnership with Scientific Games, Brian Kraft, VP Commercial at NetEnt Americas LLC, said that expanding their presence in the US market is of high importance to them and that their collaboration with Scientific Games to leverage the power of OpenGaming “made strategic sense” for them, given the company’s strong reputation and multiple partnerships in that market.

Dylan Slaney, SVP Casino for SG Digital, added that this recent strategic partnership is “highly beneficial” for both Scientific Games and NetEnt and that together, they are “in a strong position to make further inroads into the US iGaming market and deliver outstanding content to more players across multiple states.”

Mr. Slaney went on to say that NetEnt’s games need no introduction and that they are confident their operator partners in the US will “appreciate the high-quality gameplay” the games maker offers.

The Scientific Games official also noted that their vision for OpenGaming has always be for it to be an aggregation platform “at scale” with features that work across different studios in every regulated online gaming market.