Spencer Petras and the Iowa Hawkeyes will look for their first victory of the season at home against Northwestern on Saturday.

Northwestern enters after a massive 40-point victory over Maryland in which the Wildcats tallied more than 500 yards of total offense. Saturday’s matchup should be much more competitive for Pat Fitzgerald and the Wildcats, as Iowa is currently listed as a 2.5-point favorite with an OVER/UNDER total of 46 points.

Despite a tight spread and low total, our model is predicting Iowa will win by nearly 10 points on Saturday, projecting a final score of 26.4-16.5 in favor of the Hawkeyes. With a near double-digit victory projected and the spread sitting at 2.5 points, we have a sizable edge on Iowa against the spread. Our model suggests a $139 wager on IOWA -2.5 for an average $100 bettor.

Why will Iowa cover the spread?

Wildcats vs Hawkeyes: How to bet the total

This matchup currently features an OVER/UNDER of 46 points. Prediction Machine’s projected score totals 42.9 points (26.4-16.5), giving us a solid edge on the UNDER in this one. Our model suggests a $79 wager on UNDER 46 for an average $100 bettor. 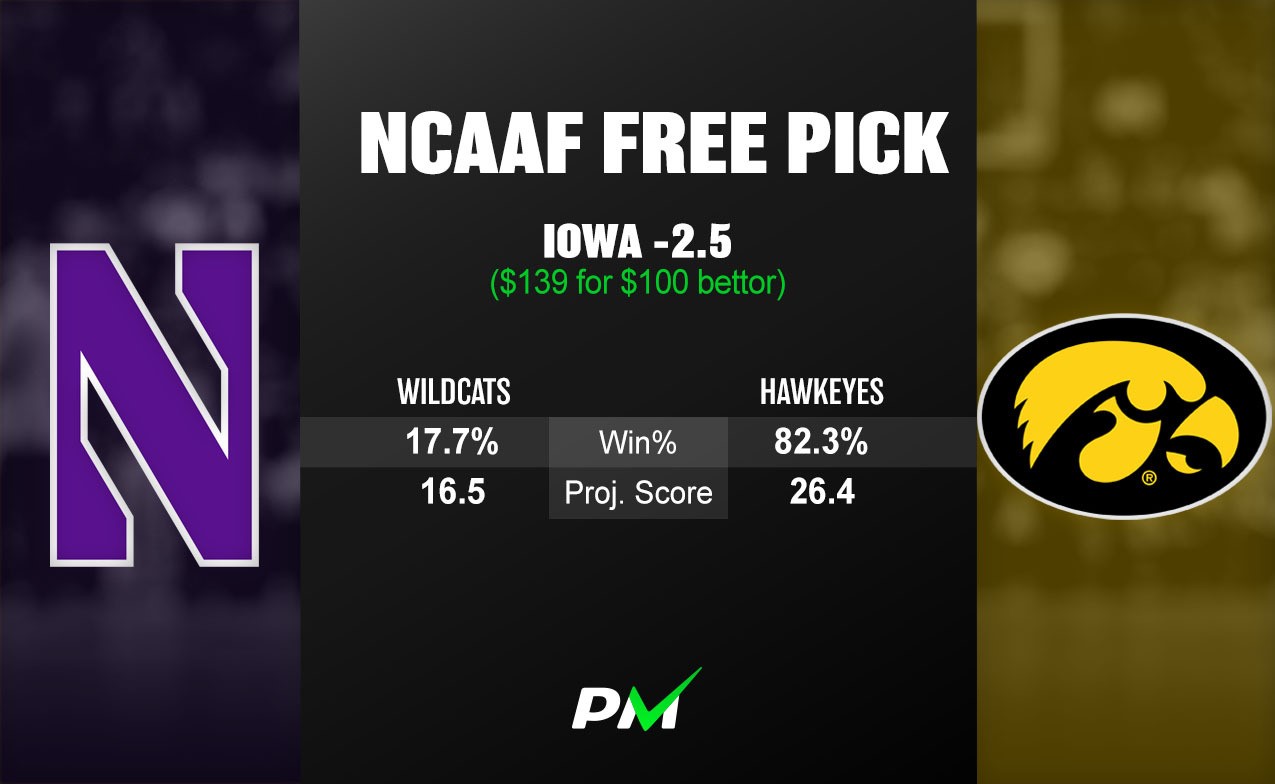