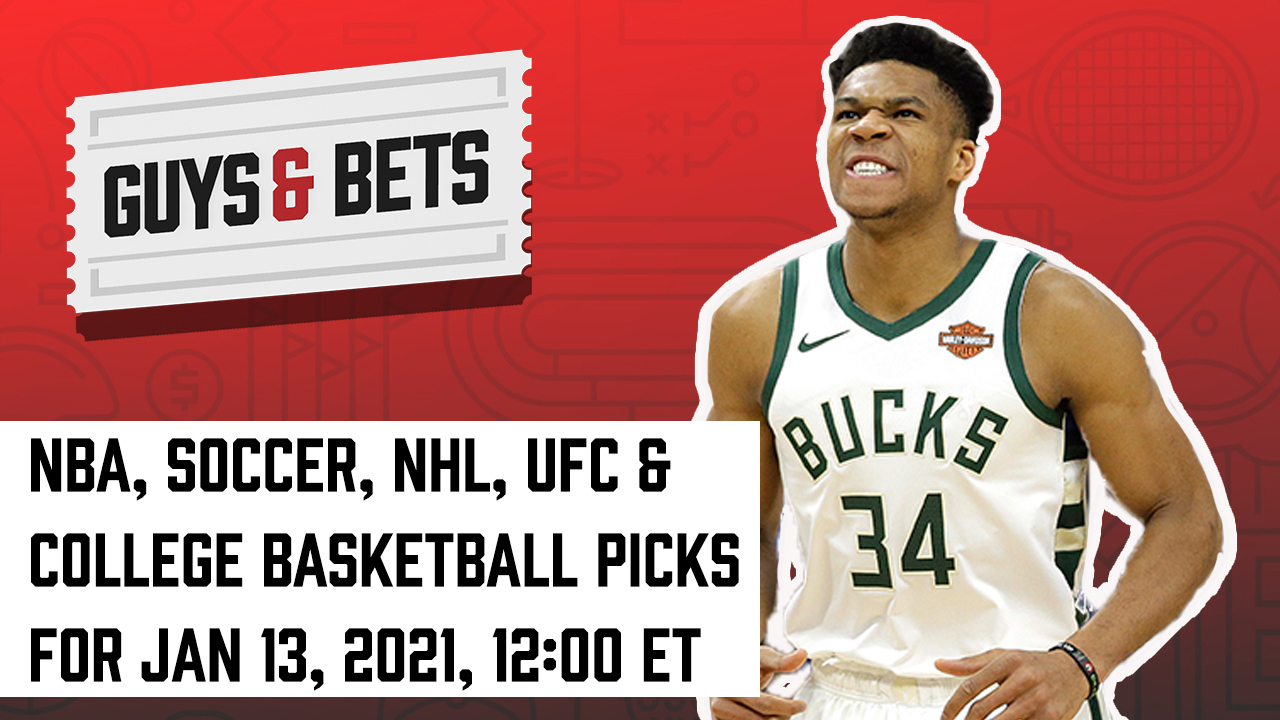 We’re back to an avalanche of sports again, which means that your favorite sports cappers have a full plate of games to choose from.

Joe Osborne, Andrew Avery and Iain MacMillan have picked out their favorite bets and will take your questions in the chat as well.

It’s not very often you see a home team as a double-digit underdog in the NBA, but here we are as the Milwaukee Bucks are in Motown to face the Detroit Pistons. Giannis Antetokounmpo and company lead the league in scoring at 121.9 points per game and in average point differential at +11.6. Meanwhile, the Pistons are tied for sixth in points allowed per game at 115.4. Joe is looking at the spread for his bet on this game.

Next up for Joe is a player prop bet. Devin Booker’s point total for tonight’s game against the Atlanta Hawks is set at 25.5, which is a couple of points above his season average of 23. The Suns are off to a good start with a 7-4 record but they did this last season as well. Booker is leading the way for them scoring-wise and the addition of Chris Paul has helped in the leadership department. The Hawks have made improvements to their roster and it’s showing on the defensive end as they allow 109.6 points per game.

Lastly for Joe, it’s off to UFC Fight Night from Fight Island in Abu Dhabi on Saturday. It’s an earlier start time than usual, with a 3 p.m. ET start. The main event will have the top-ranked featherweight contender, Max Holloway, facing the sixth-ranked contender in Calvin Kattar. Holloway has dropped his last two fights, both by decision and both to the champion, Alexander Volkanovski. For Kattar, this will be his biggest test yet. He’s never fought anyone with the abilities and resume of Holloway.

We’ve got a little Spanish Super Cup as Barcelona takes the pitch against Real Sociedad. Barcelona comes into this one unbeaten in its last eight in La Liga and while Real Sociedad began the season in fine form, things are moving in the wrong direction. These clubs are only separated by four points in La Liga, so this could be a tight match. Ninja has a moneyline bet for this game.

Shifting to Serie A, Ninja is looking at a goal prop for his bet as one of soccer’s fiercest rivalries is set for another match with Lazio facing Roma at the Stadio Olimpico. Roma is in the mix for top spot, trailing AC Milan by six points. Roma has gone four straight games without a loss, scoring nine goals in the process.

In what should be the best college basketball game on the slate tonight, the 15th-ranked Texas Tech Red Raiders face the fourth-ranked Texas Longhorns. The Red Raiders made a name for themselves a couple of seasons ago with a run to the national title game and they built that run on the defensive side of the ball. It’s still a big reason why they are successful, as they are allowing only 58 points per game this season. Iain is looking at the spread in this game for his bet.

It’s opening night in the NHL, and Iain has a moneyline bet lined up. The revamped Toronto Maple Leafs open the season at home against a deep Montreal Canadiens roster. The Leafs certainly have enough high-end guys that can make plays like Auston Matthews, Mitch Marner, John Tavares and William Nylander. It’s been the supporting cast that has let the Leafs down. For the Habs, Marc Bergevin has assembled what could be the best team he’s put together yet.