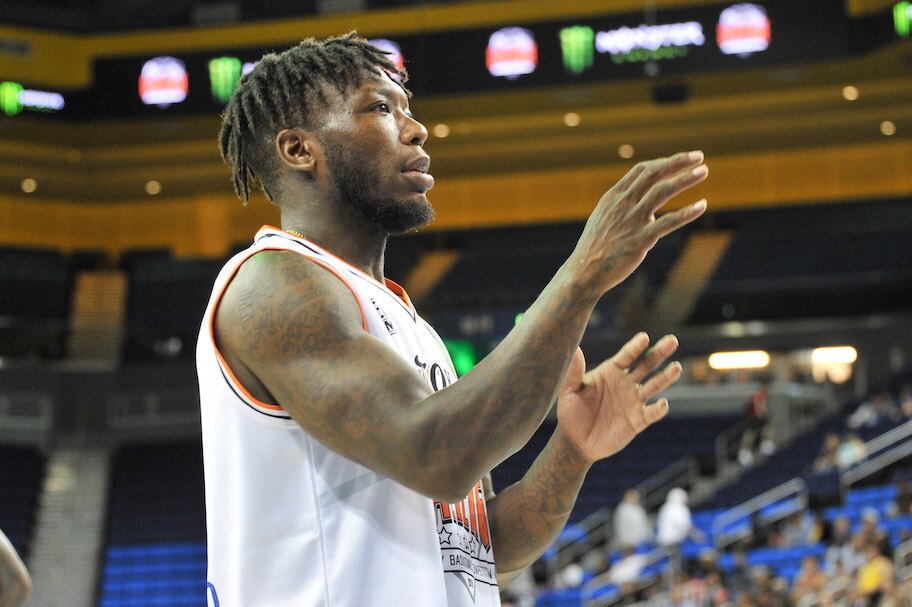 The internet and boxing worlds are abuzz with their thoughts on Logan Paul’s potential upcoming fight against Floyd Mayweather, but we’re shifting our attention, just for the moment, to the younger Paul, and the upcoming Nate Robinson vs Jake Paul bout. Check out our betting pick, updated odds and find out which amateur said “you don’t think I’m gonna be prepared?”

We made some Robinson-Paul boxing predictions back in August, and we’ve returned for yet another update.

What do they odds say now? Who’s our pick to win? Read on for betting updates & all the news you need to know before you wager.

Jake Paul is the favorite to win this match, but it’s worth noting his odds movement from -175 at the opening to -1200 today. If you wager $100 on Paul to win and he does, you’ll pocket an $8.33 profit. If you bet the same amount on Nate Robinson and he wins, you’ll cash a $700 profit on top of your initial wager. If you truly think Paul’s guaranteed to win and want to improve your profit (maybe to parlay in Paul’s brother’s rumored fight against Mayweather?), a $5,000 wager will return $416.67 profit if Jake Paul wins. On the flipside, you’ll pocket $714.29 profit if you wager $5,000 and Robinson wins.

Jake Paul has faced off against KSI’s younger brother, Deji (known as CSG on YouTube), in an exhibition match, with Jake Paul beating Deji by technical knockout. In another interesting turn of events, Logan was apparently originally meant to fight KSI, with the older Paul brother stepping in. If this fight goes down, it could very well be a ‘rematch’ to the fight that never was.

Although a date hasn’t been set, both Jake Paul and KSI have teased the bout, with Jake Paul saying immediately after his debut fight against AnEsonGib, “KSI is next, where is that p*$$y at…”

Jake Paul might get his wish before the year ends.

Who’s your pick? Place your wagers at Bovada.

Obviously, when it comes to age, Paul has an advantage. In addition to a strong left uppercut, Jake Paul is being trained by pro boxer BJ Flores, but is reportedly sticking to a diet of McDonalds fast food. Although Paul has more boxing bouts and experience under his belt, Robinson is reportedly training with three-division Champion Terence Crawford, and Floyd Mayweather has even offered to open his gym to the NBA Slam Dunk champion.

In a video call between the two, Robinson had this to say about preparedness:

“You go hard or go home ..I [sic] laced up my shoes and went against guys like Kobe Bryant and Allen Iverson, you know the best of the best, and to be able to fight on a Mike Tyson undercard, you don’t think I’m gonna be ready and prepared? You’re giving me [sic] a month and a half to learn something I’ve already been a fan of my whole life, and now I actually have an opportunity to do it, you don’t think I’m gonna be ready?” says Robinson.

Aside from this and snippets of their training routine, Paul and Robinson are keeping any updates close to the vest. Guess we’ll find out on November 28!

Our pick for this fight hasn’t changed much. Despite Jack Paul’s boxing record, Nate Robinson is our pick to win. Simply put, Paul’s been fairly vocal about not taking his opponent or his training regime seriously, while Robinson is a longtime boxing fan who’s making a point to train with professionals, and train hard.

Even though Jake Paul has turned to professional boxing, we think it’s worth noting that Nate Robinson has long-been a professional athlete, albeit in the NBA. We think this will give him an edge when it comes to discipline, focus, and overall training to prepare for the match—Which is also the undercard to the upcoming Mike Tyson and Roy Jones Jr. match. No pressure for these amateur boxers, right?

Take a glimpse of Robinson training in the ring this past July, below:

Don’t miss out on our expert tips for betting on boxing (and any sport, really) with our sportsbetting guide, and our guide to bet on boxing online.