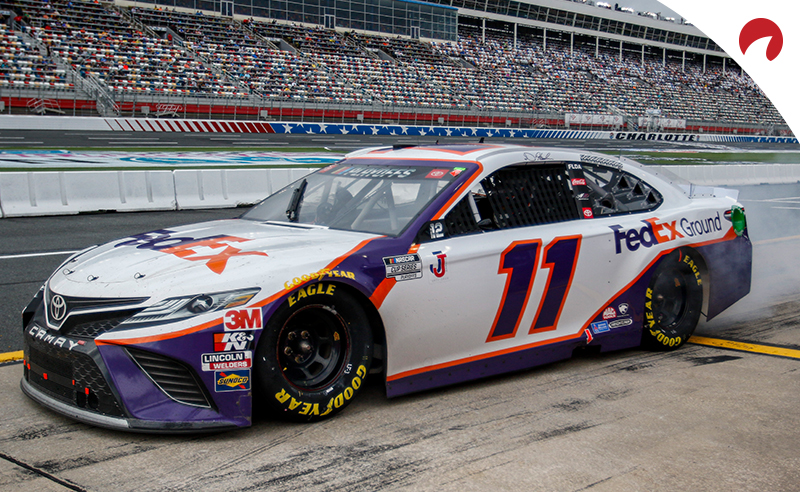 The NASCAR season has begun with back-to-back first-time winners but will that trend continue when the Cup Series heads to Homestead-Miami Speedway for the Dixie Vodka 400?

Heading into the weekend, it is last year’s winner, Denny Hamlin, who is the favorite in the NASCAR odds at Homestead-Miami Speedway to pick up the checkered flag.

Online sportsbook Bovada has NASCAR odds for the Dixie Vodka 400 with Hamlin listed as the +450 chalk. He is followed closely by Chase Elliott at +550, Kevin Harvick at +550, Martin Truex Jr. at +600 and Kyle Larson at +750 to round out the top five drivers on the oddsboard.

Unfamiliar with betting on NASCAR? Be sure to check out our handy NASCAR betting guide to help you get in on the racing action.

Odds as of February 25 at Bovada

Why is Hamlin the favorite in the NASCAR odds for the Dixie Vodka 400?

Often when it comes to NASCAR odds and NASCAR betting, the previous winner at a track will get listed as the chalk, and that’s exactly the case for this weekend’s race. Now, that’s not to say that Hamlin isn’t worthy of being the favorite at Homestead-Miami Speedway, picking up three victories in 16 career starts along with 11 top-10 finishes.

Additionally, the No. 11 car has started on the pole in five of the last six runnings at this track, including the last four in a row. That said, outside of last year’s victory, Hamlin has finished ninth or worse in his previous five starts at the 1.5-mile oval.

Hamlin has had a hot start. He has won three of the four stages over the two races, he is the current points leader for the NASCAR Cup and he has two top-five finishes. Helping Hamlin out even further this week in the Dixie Vodka 400, he will be the first car to see the green flag as he is the pole sitter.

Everything makes sense for Hamlin to be listed as the pre-race favorite to win at Homestead-Miami, but there hasn’t been a repeat winner at this track in 15 years and I’m not confident that trend will be snapped this weekend.

NASCAR Predictions this week for the Dixie Vodka 400

As always, I will provide my two favorite NASCAR predictions along with a long-shot sleeper pick that is providing tremendous value.

Kyle Busch +800: Since the start of the pandemic, Busch simply hasn’t been the force that he was in the past. He claims the lack of testing and practice has really impacted him and he’s finished outside the top 10 in the first two races of the season. I think he’s a good shot to get back on track this weekend, though, as he has finished sixth or better in each of the last six runnings at Homestead-Miami, including two wins, and he has led at least one lap in all six.

Joey Logano +1000: Last week’s runner-up and the man who will be starting on the outside of Row 1 is providing excellent value. Logano had a rough go at Miami last year but before that had four top-five finishes in five races, including a victory in 2018. He has led multiple laps in four of the last six runnings at Homestead and at 10:1, he’s a great play.

I had a bit of a hard time this week choosing a good sleeper pick at +2000 or greater because there wasn’t anyone jumping out at me. Tyler Reddick at +3300 has some intrigue but is starting near the rear of the field so it’s a stay-away for me.

Ryan Blaney +1400: Blaney led the second-most laps in last year’s running in Homestead-Miami with 70 and finished in third place. He finished outside the top 10 in his previous five runnings but qualified eighth or better in those starts as well. Was last year an aberration or did something finally click for the No. 12 machine? Starting 14th this week, I think he’s worth a shot at 14:1.