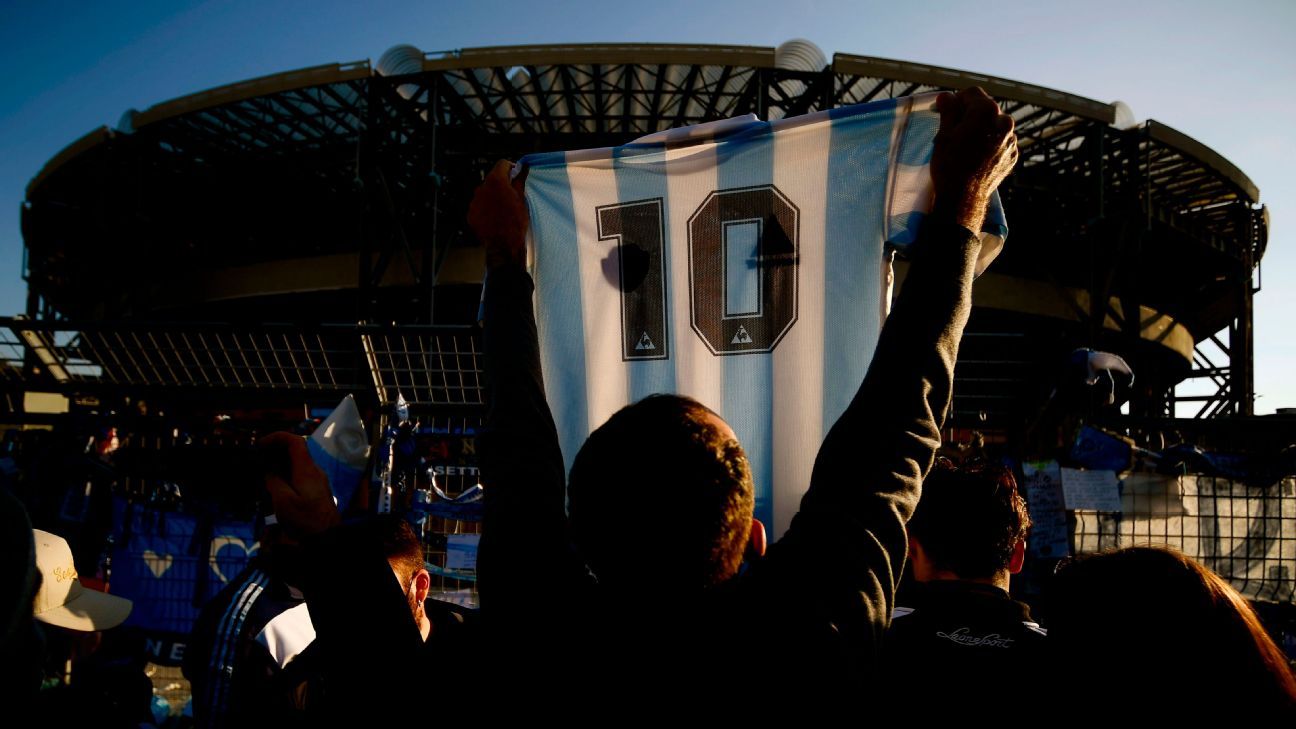 Italian side Napoli’s San Paolo stadium has been officially renamed the Diego Armando Maradona Stadium after the late Argentina midfielder who led them to their only two Serie A titles and the UEFA Cup, the city’s council said on Friday.

Maradona died last week after suffering a heart attack at his home in the suburbs of Buenos Aires, less than a month after his 60th birthday.

The city council approved the resolution proposed by Naples mayor Luigi de Magistris to change the stadium’s name to honour the World Cup-winning great who scored 115 goals in seven years at the club.

“I’ve been in talks with local authorities for the past 17 years, I’ve always asked to buy the stadium and rename it ‘Diego Armando Maradona’,” Napoli president Aurelio de Laurentiis told Sky in Italy.

“If then, for tradition, we will need to call it both ‘San Paolo’ and ‘Maradona’ so be it. It won’t change much, but it’s only right that Maradona has this recognition. Even if we were to build a whole new stadium, I would name it like that.

“Your years here remain indelible in the memories of the people of Naples — symbolic of a coveted redemption and yearned-for resurrection.”

Maradona signed for Napoli in 1984 and helped the club conquer the northern teams such as Juventus, AC Milan and Inter Milan — seen as the aristocratic establishment of Italian football, and briefly turned Serie A on its head.