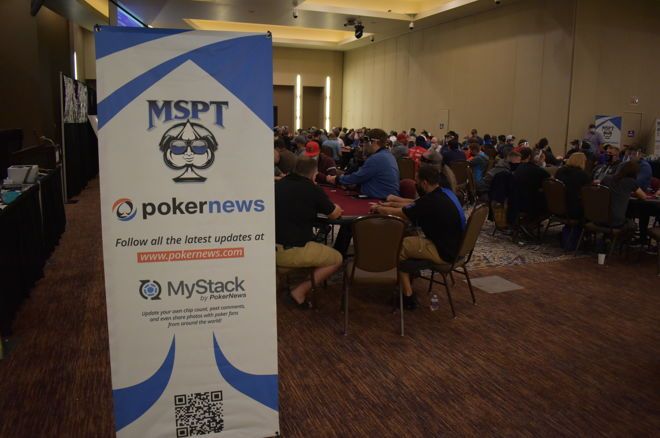 At the beginning of the month, the Mid-States Poker Tour (MSPT) kicked off its 12th season with a massive event at the Venetian in Las Vegas. Next weekend, the tour will return to the midwest for its second tournament of the year.

From January 22-24, the tour will close out the year with a $1,100 buy-in, $200,000 guaranteed Main Event at Grand Falls Casino in Larchwood, Iowa, which is actually situated just across the border from Sioux Falls, South Dakota.

A series of $250 satellites will feed into the Main Event, which will feature two starting flights. Day 1a will take place at 3 p.m. on Friday, January 22 with Day 1b taking place at the same time on Saturday, January 23. The surviving players from both flights will then return for Day 2 at 11 a.m. on Sunday, January 24 to play down to a winner.

The tournament comes on the heels of August’s record-breaking MSPT Main Event at Grand Falls. That $1,100 buy-in tournament was the first mid-major poker tournament in the United States in nearly six months, and the 518 entrants not only surpassed the venue’s previous best field of 238 runners in 2015 but also became the largest major ($1,000+ buy-in) in Iowa history.

In the end, 47-year-old Mark Collins, a systems administrator from the St. Louis area, came out on top to win a $107,706 top prize and his second MSPT title. He previously won the MSPT Season 9 Canterbury Park for $102,076.

PokerNews will be offering live updates at the upcoming MSPT Grand Falls.