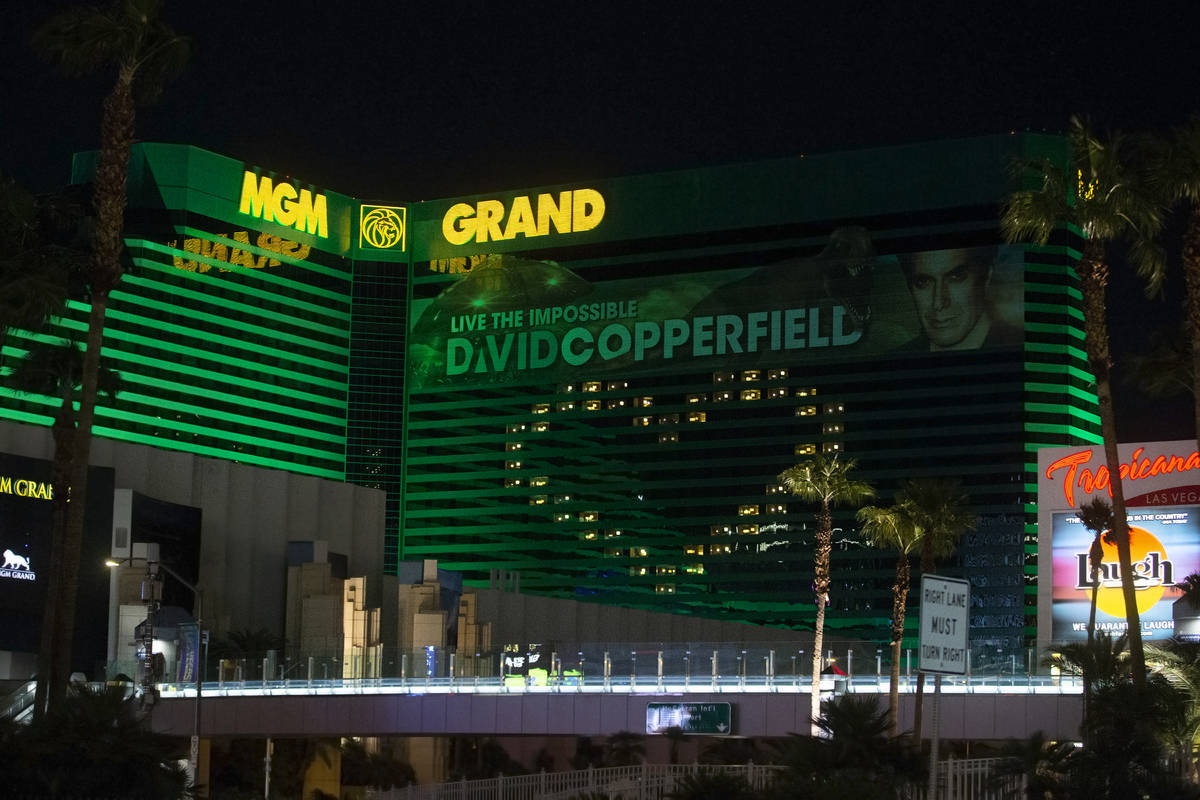 Despite the challenges presented by COVID-19, MGM Resorts International is focusing on growth.

The company reported a net loss of $535 million in the third quarter, largely driven by pandemic-related operational restrictions, casino closures and limited traffic in Macao and Las Vegas. Net revenues were $1.1 billion, down 66 percent year over year.

But the company has a strong liquidity position — nearly $4.5 billion in domestic operations as of Sept. 30 — and is focusing on investments in Macao, Japan and its sports betting platform, BetMGM.

“Even amid this uncertainty, we are charting a plan for growth,” said CEO Bill Hornbuckle during a Thursday earnings call. “Respond, adapt and plan to grow has become the philosophy that governs everything we do.”

MGM has reopened all of its properties as of Sept. 30, and Hornbuckle said all markets have seen sequential improvements.

In Las Vegas, occupancy rates in the third quarter were 44 percent, compared with 92 percent the year before. Room revenue dropped 71 percent year over year as properties continued to face limited occupancy. Gaming revenue also dipped, with slots handle and table games in Las Vegas down 41 percent to $3.3 billion and $842 million, respectively.

Hornbuckle said certain amenities, hotel towers and brands in Las Vegas may close down during the holiday season but believes that overall MGM’s properties are better off open than closed.

“The general notion of being open versus closed for the quarter provided the company a net benefit of about half a billion dollars,” he said. “Collectively, we are very happy that we’re open for the company, for the communities — particularly Las Vegas — and our employees and for our stakeholders. It’s been very beneficial.”

The company permanently laid off about 18,000 employees in August, and Hornbuckle said the company has brought back roughly 29,000 of its workforce.

Midweek bookings continue to be a challenge in Las Vegas with the absence of conventions and group business. Hornbuckle said he was encouraged by Gov. Steve Sisolak’s announcement earlier this week saying the state could bring back larger meetings early next year.

September was an “exceptional” group business booking month for MGM. Hornbuckle said bookings beyond 2022 are strong, while 2021’s business is less certain.

“We are very optimistic that meetings and events at scale will eventually fully return,” he said. “That said, we continue to believe the material recovery of Las Vegas is dependent on the return of larger scale conventions and entertainment platforms … and significant air travel.”

Hornbuckle painted a positive outlook for the company Thursday, saying the third quarter offered signs of stability and recovery thanks to MGM’s regional properties.

The company believes it can cut out $450 million of annualized domestic costs by streamlining operations and reducing costs, including certain corporate expenses and fixed labor.

This new operating model has allowed MGM to focus on future investments.

The company is expanding its footprint in the Chinese territory of Macao with the construction of additional suites at MGM Cotai, and adding food and beverage offerings. Hornbuckle said the company also wants to build another hotel tower at MGM Cotai down the road, along with additional entertainment assets.

Despite gross gaming revenue down 93 percent year over year in Macao, Hornbuckle said he expects to see long term success in the region.

MGM is also expanding its sports betting brand, BetMGM. Currently live in 8 states, it’s set to be in 11 by the end of the year. Hornbuckle said he believes it’s a top-three player in all of the markets in which it operates.

“We have doubled our market share since January,” he said. “We’ve been aggressively working to introduce new customers to BetMGM … BetMGM will naturally drive expansion at MGM’s customer base as well, ultimately leading to growth at our brick and mortar business.”

The company is also chasing after the opportunity to build an integrated resort in Osaka, Japan. As for the Las Vegas market, Hornbuckle said MGM has had its fill.

“We’re not overly focused on M&amp;amp;A (mergers and acquisitions), particularly here in Las Vegas,” he said. “We think we own enough in Las Vegas.”

MGM shares closed up 5.9 percent Thursday to $21.29 on the New York Stock Exchange.