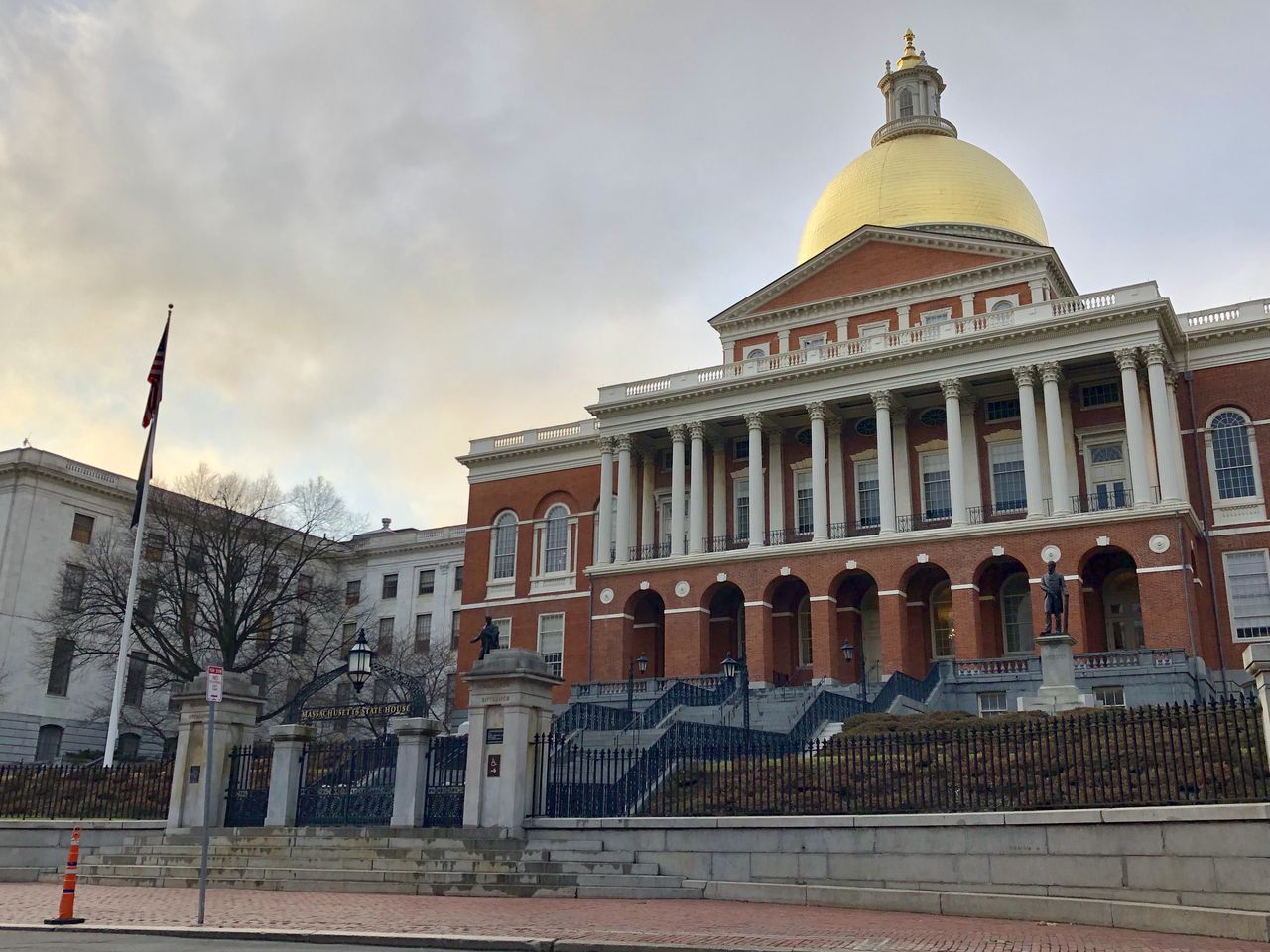 Lawmakers reached a deal on a nearly $627 million economic development bill early Wednesday, filing the conference report to the House clerk after 1 a.m. Traditionally, bills that aren’t enacted by 11:59 p.m. on the last night of the two-year legislative session die, but legislators are testing the limits of the emergency rules they adopted to extend the session during the COVID-19 pandemic and continue to work through several bills.

The jobs bill includes small business grants, a compromise that changes zoning laws to reduce barriers to housing production and funding meant to stimulate the tourism and restaurant industries during the pandemic-fueled recession — but no sports betting.

Sen. Eric Lesser, a key negotiator on the economic development bill, said he wants to see sports betting done in the next session but in a separate bill.

“I personally would like to see sports betting get done, and we want to do it when we have time to really focus on it,” said Lesser, co-chair of the Joint Committee on Economic Development and Emerging Technologies. “I do think you’ll see a process on sports betting move forward, but in this bill the focus needed to be on getting relief to people with the COVID recession.”

The bill is packed with funding for vocational schools and colleges, small business grants, industries and investments in robotics. It also allows courts to seal no-fault eviction records.

Lawmakers also struck a compromise on housing production. The bill would change zoning laws to allow local officials to approve changes through a simple majority, rather than by a two-thirds vote, in hopes of accelerating production to address the state’s housing shortage. It also mandates that communities served by the MBTA include multi-family housing at most a half-mile from the station. The housing units can’t have age restrictions and need to be suitable for families with children, according to the conference report.

Sports betting, however, will be left to a standalone bill in the next legislative session, which begins at some point on Wednesday.

“We look forward to working on a good sports betting bill next session when we have time to really focus on it,” said Senate Ways and Means Chairman Michael Rodrigues, a Westport Democrat.

At the start of the legislative session two years ago, the governor’s sports betting legislation faced opposition from gambling opponents who see sports betting as immoral and progressive lawmakers who said sports betting operators would get license to profit off the backs of Black and brown residents in Massachusetts.

The sports betting proposal gained traction as a coalition of casinos, pro sports teams and mobile sports betting operators pushed for a legal, regulated market that could bring in state tax revenue, especially during a recession fueled by the COVID-19 pandemic.

The calls for another source of revenue during a pandemic may have won over some lawmakers, but not enough to pressure them to implement a legal sports betting market by the end of this session, said political consultant Tony Cignoli, citing conversations with legislators.

“Now in the pandemic with both casinos and Plainridge so negatively impacted, sports betting that is dominated by the three established gaming facilities is more palatable to the Legislature to help the casinos survive and to try to revive gaming revenue to the state and host communities,” Cignoli told MassLive.

Proponents of sports betting projected a legal market could bring in between $20 and $35 million a year in state tax revenue, not including state licensing fees or other payments. Lawmakers pushing for sports betting encountered another hurdle: reaching consensus on what a legal sports betting looks like and who gets to participate.

Gaming analysts, citing talks with industry insiders, say one of the biggest hurdles was reaching a deal on how many licenses to award in Massachusetts and whether the market should prioritize existing mobile sports betting apps, pro sports teams, casinos or a combination of the three.

“While some stakeholders want to focus solely on those that have access either because they’re an existing license or a fantasy sports operator, others would like to see a more robust, competitive market,” said Brendan Bussmann, a gaming industry analyst partner at Global Market Advisers.

Sports betting evangelists see the market as an untapped opportunity. Every day Massachusetts doesn’t legalize the market is another day of lost tax revenue and jobs. While lawmakers projected sports betting could bring in tens of millions of dollars, the revenue isn’t going to fill major budget gaps.

“I don’t think there’s much of a counter to the idea that the state is definitely leaving some money on the table, the question of how much money they’re leaving on the table is an open one,” said Chris Grove, an industry analyst and partner at Eilers & Krejcik Gaming.

The big question for states considering sports betting, Grove said, “Is it enough money that flows in the right period of time for policy makers to really put their shoulder behind the issue as opposed to the issue being subject to the whim and will of broader political forces?”

For lawmakers negotiating the bill, the answer was no.

The news came as a relief to gambling opponents, some of whom see sports betting as a magnet for people struggling with gambling addiction and others who believe the market will exploit people desperate to make money from their homes.

“There’s nothing industrious about taking people’s money for nothing in return. They promote false promises. They never pay back what they say that they will,” said Celeste Myers, a sports betting opponent who led the campaign against an East Boston casino in 2012. “They thought the casinos were going to save Massachusetts. If you look at the casinos even before the pandemic, they’ve all been underperforming and under delivering.”

While major companies publicly clamored for a share of a potential sports betting market, gambling opponents pressured lawmakers to advance a jobs bill without sports betting.

Les Bernal, national director of Stop Predatory Gambling, urged key negotiators on the economic development bill in a Dec. 21 letter to cut sports betting out of the jobs bill. Bernal argues sports betting allows big business to profit off the backs of working-class, nonwhite residents and that the gaming companies have already taken advantage of loopholes that allow them to advertise to children.

“This is not something that people should just take casually as if it’s like placing a wager in an office pool,” said Bernal, who is based in Lawrence. “This is bringing open casinos into people’s homes in the long-term. It deserves major scrutiny.”