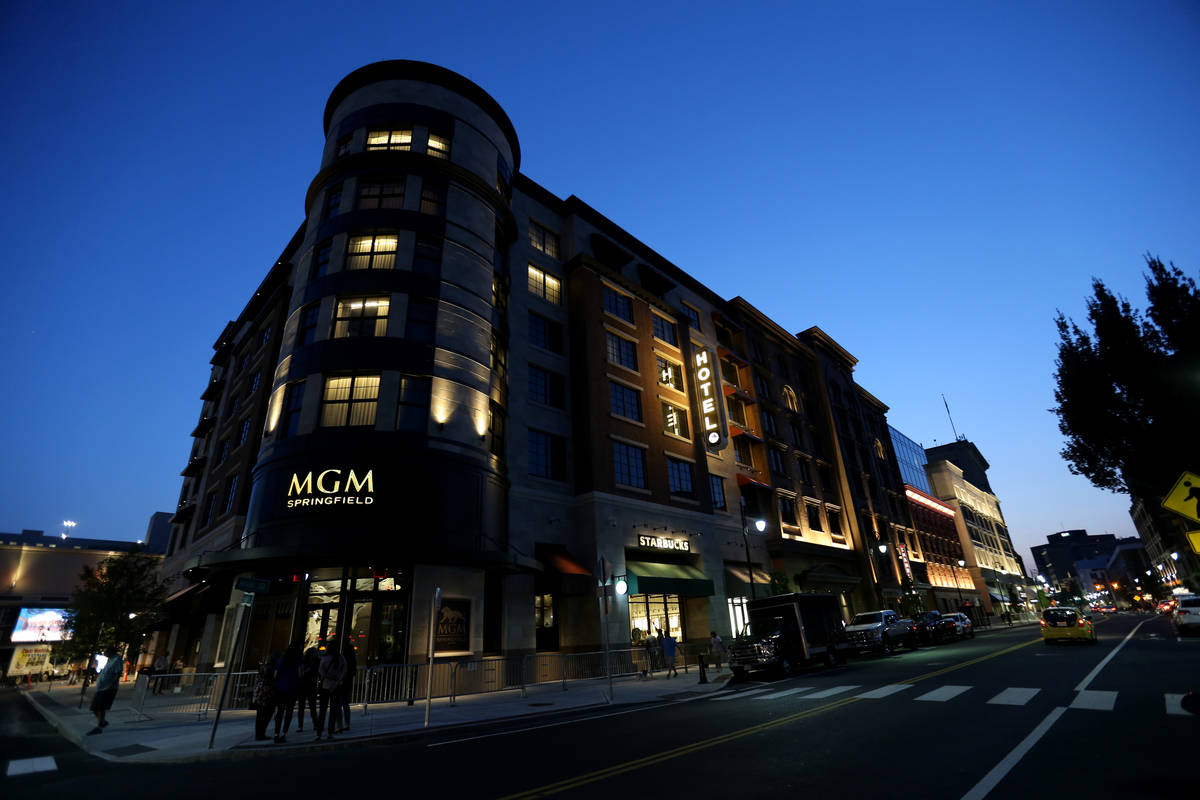 Las Vegas-based operators are moving to cut staff at Massachusetts properties after the state ordered its casinos to close nightly.

MGM Resorts International’s MGM Springfield laid off or cut back hours for 250 employees on Friday. Encore Boston Harbor, operated by Wynn Resorts Ltd., could furlough up to 1,000 furloughs.

The labor cuts come after Massachusetts Gov. Charlie Baker imposed a 9:30 p.m. nightly curfew for the state’s three casinos that went into effect Friday. There is no anticipated end date.

Wynn Resorts said it would close the doors on its property between 9 p.m. and 9 a.m. until further notice, and MGM Springfield, located in the western part of the state, is set to close daily at 9:30 p.m. and reopen at 10 a.m. Both are temporarily closing their hotels.

The two properties had been closed between March 15 and mid-July because of the pandemic.

The nightly curfew is meant to help curb rising COVID-19 cases within the state. As of Friday, Massachusetts had a seven-day average positivity rate of 2.1 percent, according to the state’s website.

Employees at MGM Springfield received a letter Friday morning addressing the layoffs, saying the company is hopeful it can bring the employees back to work and increase hours when the order is lifted.

“I know how difficult these circumstances are, especially during an already challenging, unprecedented year,” Chris Kelley, President and Chief Operating Officer of MGM’s Northeast Group, said in the letter. “We are working closely with state and local officials and will resume operations and welcome employees back as soon as we are able to do so.”

Health benefits for impacted employees enrolled in the company’s health care plan will continue through at least the rest of the year. They will also maintain access to MGM’s employee portal website, which includes internal job postings, news updates, training opportunities and the ability to access resources like MGM’s Employee Emergency Grant Fund.

This isn’t the property’s first round of layoffs brought on by the pandemic. In August, MGM Resorts laid off 18,000 workers across the country; roughly 1,000 were at MGM Springfield. In an earnings call last month, CEO Bill Hornbuckle said MGM had so far brought roughly 29,000 employees back to work.

With operating hours at Encore Boston Harbor cut in half, a spokesperson said it’s likely the company will furlough additional employees. While the number hasn’t been finalized, approximately 670 to 1,000 employees are expected to be impacted.

Wynn CEO Matt Maddox said Thursday that he views the curfew as a “temporary setback” for Encore Boston Harbor, which had seen record earnings before interest, taxes, depreciation and amortization in the third quarter.

He added that the shutdown “will have an impact” on the property, which generates more than half of its revenue at night.

“That’s clearly a setback for us but it’s very temporary. And I’m sure it’s the right thing to do from a health perspective,” he told investors during an earnings call.