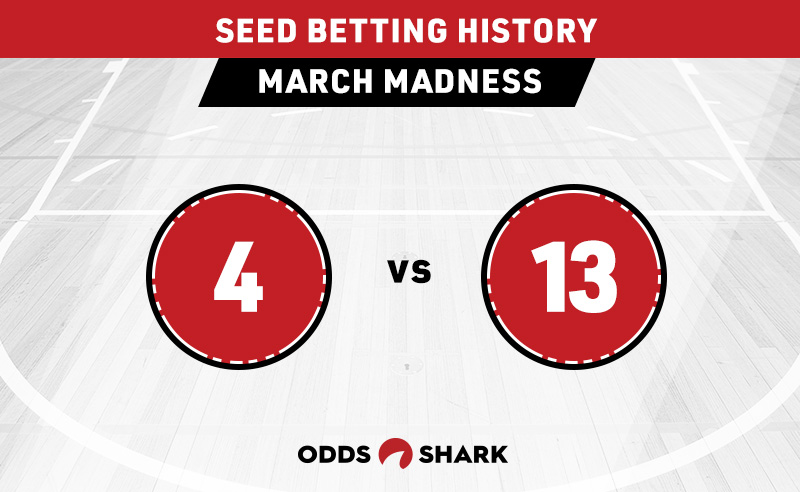 It was nearly a clean sweep for No. 4 seeds in 2016 and 2017, as the only higher seed to lose was Cal in ’16. The Golden Bears were upset 77-66 by Hawaii, despite closing as 5.5-point favorites, but Cal was missing several players due to injuries and popular assistant coach Yann Hufnagel following his dismissal amid sexual harassment allegations. Aside from Cal’s poor performance, Duke just barely held off a hard-charging UNC Wilmington team and won 93-85 while failing to cover the 10-point spread.

In the 2018 NCAA Tournament, No. 13 seeds Buffalo and Marshall upset Arizona and Wichita State, respectively. Both teams ended up falling in the Round of 32, however.

There have been 29 No. 13 seeds that have pulled off upsets in the first round over the past 34 years of the NCAA Tournament. That includes the very first year of the bigger March Madness bracket in 1985 when Navy crushed LSU 78-55 for the largest margin of victory ever for the matchup.

Even though college basketball bettors have never seen a No. 13 seed win a Sweet 16 game, six have made it to the third round before getting knocked out at that point of the NCAA Tournament. The two most recent times saw La Salle (2013) and Ohio (2012) take down No. 12 seeds in the second round to make it to the Sweet 16, which has actually happened in three of the six occurrences overall.