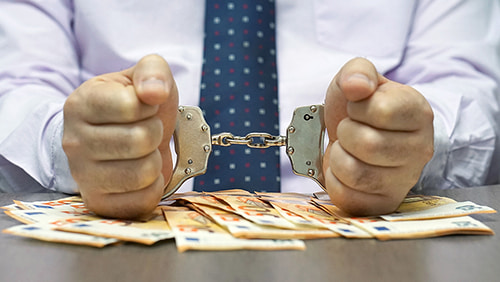 Now that casinos in Macau are starting to see a little more gambling action, they’re also having to deal with a slight increase in fraud cases tied to money exchanges. Judiciary Police (JP) in the city made several arrests related to the activity in September, following a lull brought about by the downturn in visitation due to COVID-19, and have now added more people to the list of apprehensions. The JP reported yesterday that it had arrested a small handful of individuals for new fraud cases, as well as some stemming back to last year.

In total, there were reportedly six fraud cases that involved money exchange gangs often found working the casino circuit. In one case, a 51-year-old Chinese mainlander was taken into custody following an incident at an unspecified casino on November 2. She reportedly took just under $3,900 from a gaming table and, perhaps out of remorse, returned them later. A casino employee is said to have caught her in the act and, when the venue had the JP move in to arrest her, she admitted to having swiped the chips.

Just before that, on October 30, two individuals were arrested following a lengthy wait. In June of last year, a casino had received an anonymous letter that two accomplices had robbed the casino, and the JP ultimately determined who the culprits were and finally arrested a 48-year-old man and a 33-year-old woman for their roles in the crime. They are said to have conducted six robberies at the casino, possibly of other gamblers, as well as one robbery at a different property. They are said to have been able to walk away with around $21,000 as a result of the thefts, but have denied any wrongdoing.

In yet another incident the JP has managed to close, an individual now stands accused of trying to scam a 33-year-old out of around 617,000 yuan ($93,000). He reportedly came into contact with someone looking to exchange the Chinese currency for Hong Kong dollars (HKD), which the 33-year-old fraudster was more than happy to accommodate. He is said to have handed over a bag full of cash to the victim, who didn’t bother checking the contents completely. Inside the bag were legitimate bills, but they were mixed in with “practice” money, but it didn’t take long for the police to locate the suspect and arrest him. He claims innocence, and the investigation continues.

That’s similar to another case involving the exchange of yuan to HKD. A 32-year-old mainlander had agreed to exchange around $39,600 in yuan to HKD; however, he was ready to give counterfeit bills in return for the real ones. The transaction reportedly happened at a casino, and the culprit was busted by casino security before he could make his getaway.

There’s a pattern of using fake bills when it comes to money exchanges in Macau, and another individual is under arrest for the same scam. He reportedly gave his victim $12,900 in practice notes in exchange for the real stuff, and will now have to answer for his crimes after being arrested on October 29.

Late last year, a Chinese mainlander talked five people into investing in a casino VIP room. They turned over approximately $551,000 before they found out that it was a scam, and the perpetrator of the fraud was arrested last month as he tried to enter Macau.