The latest big winner in the GGPoker Super MILLION$ Week was Scottish poker pro Ludovic Geilich. Known as ‘Ludo’ to poker friends, the vivacious Scot has risen up the ranks of European poker players over the last few years in stunning fashion and has over $3 million in live winnings alone.

Despite his skills at the live felt, some of Geilich’s best recent results have been online, due in part to the Coronavirus pandemic but also his impressive play online as he has risen up the online rankings.

Leaving the Orange Diamond Behind

The Scottish pro’s latest win was worth a career-high score of $635,080 in the GGPoker Super High Roller event as part of GGPoker’s Super MILLION$ Week.

“The lockdown was bad for a live player like myself.”

“The lockdown was bad for a live player like myself.”

Geilich won big while wearing the partypoker patch as a Team Pro for the site, but as he told us exclusively at Gamble Online, that partnership came to an end in 2021.

“I had a great time with Partypoker,” says Geilich. “Obviously, the lockdown was bad for a live player like myself and having a contract that is mainly based upon me playing live for the brand didn’t help me.”

While Geilich didn’t expect to leave partypoker, the site where the forthcoming Irish Open Online will be held, ultimately he wasn’t surprised due to the COVID pandemic.

“That was most likely why I lost my contract and the fact I’m not a huge fan of pushing lots of spam on social media. Cuts had to be made and a few of us got shot down!” 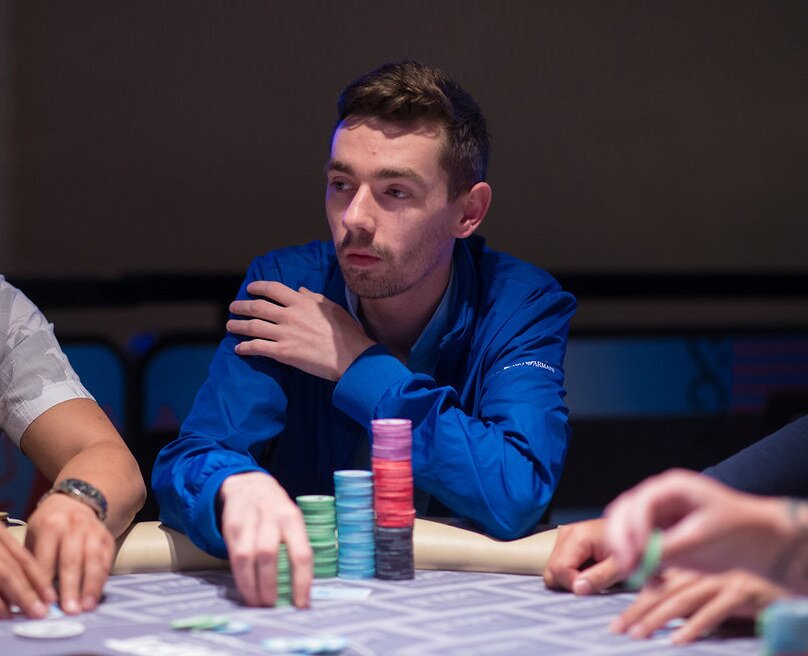 Ludovic Geilich playing his pokerface at the table

Playing His Way into the Action

In recent years, Geilich has been playing $5,000 and $10,000-entry tournaments with regularity. Playing $25,500 buy-in events are not Geilich’s regular entry level, but he won a $2,500 satellite to make the tournament proper.

“I won a few $2,500 seats and three $25,000 seats along with maybe five $10,000 seats for the Main Event as the $1,000 satellites are running all the time on the GG network. If you’re grinding and have table space, it’s best to just super late reg them as you only need one double and you give yourself a good chance of getting a seat or a cash from the excess of what isn’t making up a seat to the event.”

Geilich is clearly a fan of the recent events on GGPoker but doesn’t sell his action as he’s a backed professional player. Winning his ticket via satellite provided a big opportunity to maximise his profits and make a big return on his investment.

Making the event was one thing, but at $25,500 to play, there are always going to be a lot of sharks in the pool. Sometimes, the elite game of tournament poker is more teeth than water and it took 10 hours of grueling online combat for Geilich to emerge victorious. With 127 players kicking off the action, by the time late registration closed, 44 remaining players were battling for over $3.1 million in the prizepool, with the guarantee of $2.5m easily eclipsed. 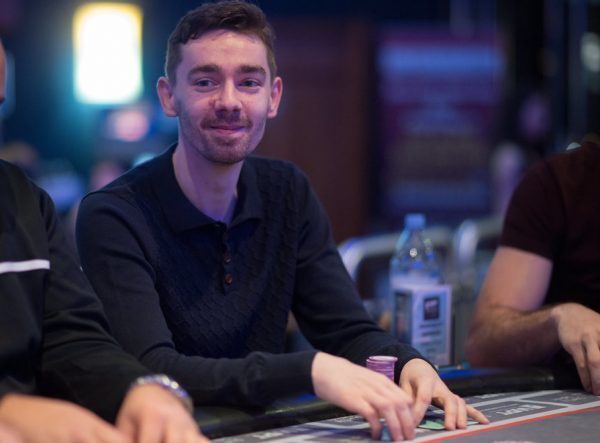 Only 17 of those players would receive any return on their substantial investments, however, and players such as Isaac Haxton, Mikita Badziakouski and Seth Davies, who fell in 18th, left with nothing but expensive memories.

Geilich plays a style that anyone who has ever seen him play live will testify, is extremely difficult to read. Unpredictable, intense, taking lines that others don’t, or don’t as regularly. He’s a unique talent, but his path to victory included some standard spots on his way to a heads-up meeting with a modern poker legend.

“When you’re coming in as chip leader and getting to select last for seat position, in my opinion, if you don’t get top three it’s been a disaster,”

“When you’re coming in as chip leader and getting to select last for seat position, in my opinion, if you don’t get top three it’s been a disaster,”

“I was fortunate to win ace-king against [Wiktor Malinowski’s] pocket eights just before the final table, so I went in as chip leader, which is a huge advantage on GGPoker as you then choose where you will be seated at the final table last!”

Geilich sees that seat choice element as a huge advantage and goes further, openly admitting that a failure from that point would have been a loss of face.

“When you’re coming in as chip leader and getting to select last for seat position, in my opinion, if you don’t get top three it’s been a disaster. You’ve either punted it off or got unlucky at least twice!” 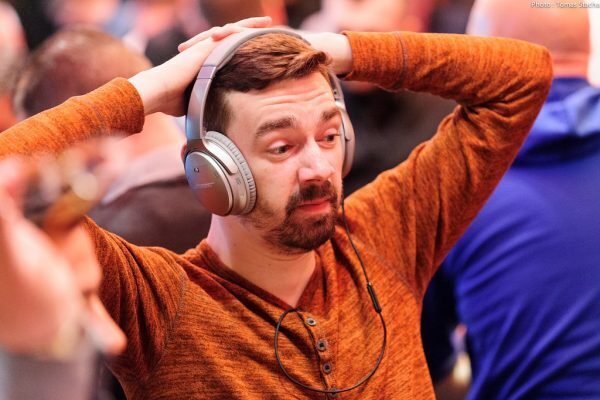 Ludovic Geilich in relaxed mode at the live poker felt

A Duel to Remember

With four players left, there was talk of an ICM deal, but while New Zealand player David Yan asked to see the numbers and talks progressed between him, Bert ‘girafganger7’ Stevens and Geilich, Canada-based player ‘hashtag_fold’ decided the deal wasn’t for them.

“David Yan asked to see numbers most likely because it was a very long grind,” says Geilich. “He also has been crushing lately and is a top player so I [agreed] but Hashtag declined so we played.”

“I’ve seen him grinding for years so know his game very well.”

With both Yan and the aforementioned ‘hashtag_fold’ missing out, Geilich went up against old friend Stevens heads-up for the glory. Just like the Fedor Holz vs. Wiktor Malinowski match, it had it’s drama, but this was by way of a heads-up deal.

“Once we got heads up, I was happy to play as I wanted to win the event outright for another trophy. [Stevens] is a machine; he is in the mix in everything, and he had stacks everywhere on Sunday.” Says Geilich. The two know each other fairly well as it turns out.

“I think we met one time in Prague when we were both drunk at Chateau Rouge, a club which is a funky place. I’ve seen him grinding for years so know his game very well!”

Stevens wanted to chop and it was almost level between the pair. Time was another factor, with the sun rising in Scotland.

“He asked to chop and we were near enough level stacks. It was nearly 6am, so it was obviously a no brainer, but I did want to win it outright. We just went all in every hand after the deal and the Poker Gods gave me the number one spot.”

For Geilich, a career-high score, live or online, saw him add a considerable chunk to the $7 million in winnings he’s amassed over the live and online tables across the years.

“It felt amazing to win, as I’ve been in this spot a lot when there are chunks up top and have fallen short a lot! To get the cheese was great and it also gives you that confidence back that comes and goes when you’ve been up and down like a yoyo!”

Geilich’s route to poker greatness is a unique path and you get the feeling in speaking with him that the journey isn’t even close to finished. Why would it be when he can have so much fun and win signature events at the felt such as the GGPoker Super High Roller, just like Pascal Lefrancois recently enjoyed?

Here are the final results from another superb win for the young Scottish poker pro who loves the game of poker more than virtually anyone.

Want more? Don’t miss out—stay up to date on the latest poker news.