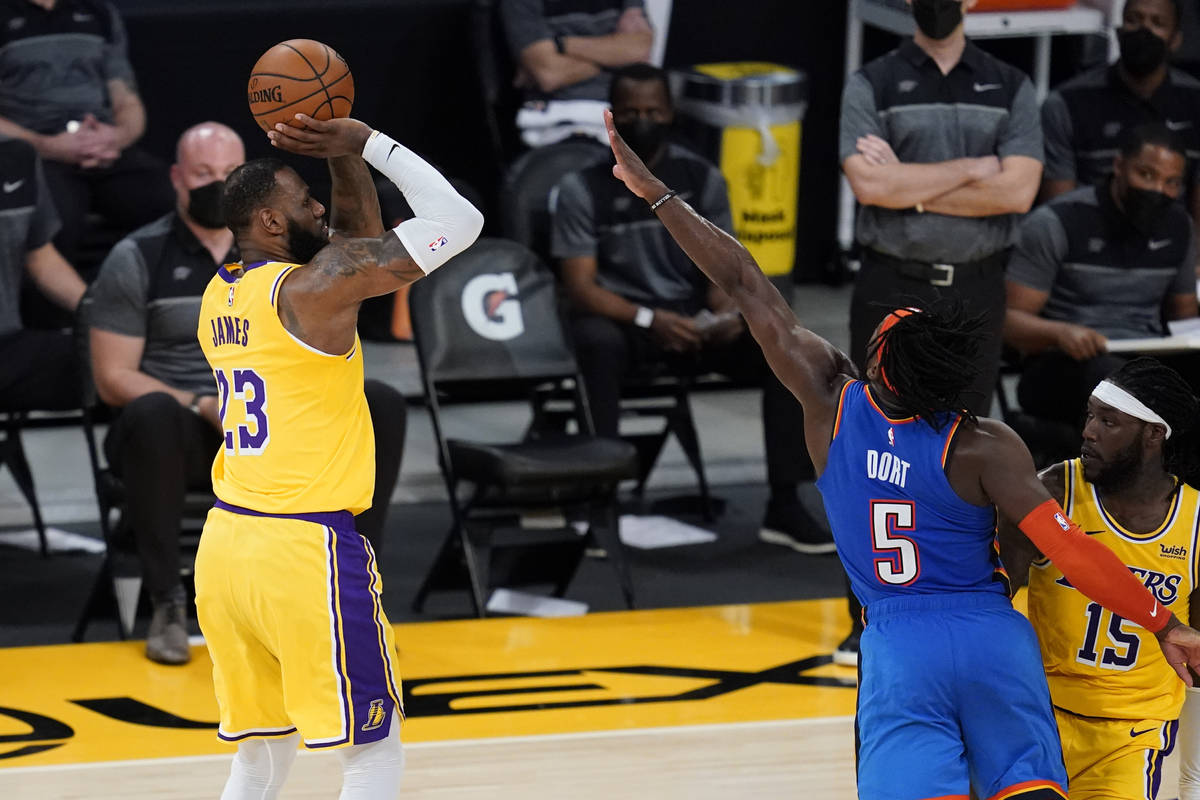 In this NBA era of load management, LeBron James is going old school.

“It seems like he’s doing everything he can to get it,” Westgate vice president of risk Jeff Sherman said. “The crazy thing was that going into this season, especially with the short turnaround time the Lakers had, we figured LeBron would rest some games.”

Antetokounmpo opened this season as the second MVP choice behind Dallas guard Luka Doncic. But each player saw his odds climb to double digits as the seemingly ageless James — averaging 25.5 points, 7.9 rebounds and 7.9 assists — went on a tear.

The next day, the Westgate made James the 4-1 favorite to join Kareem Abdul-Jabaar (six), Bill Russell (five) and Michael Jordan (five) as the only players with at least five MVPs.

Before James’ odds were lowered, ESPN “Daily Wager” host Doug Kezirian said he wagered four figures on him to win MVP at 8-1 and 6-1.

“After he put up a monster game in Milwaukee over Giannis, taking that game personally, and then hit seven 3s against the Cavs, I bet LeBron that night,” Kezirian said. “Luka’s Mavs kept losing, and a three-peat for Giannis just wasn’t happening. And LeBron was playing every game, which was a distinct change that the odds had yet to reflect.”

Sherman and Kezirian think there is voter fatigue on Antetokounmpo among the media members who decide the award.

“With awards, you have to handicap the voters as much as you handicap the players,” said Kezirian (@DougESPN). “It’s human nature to want to be right, so you could just sense some voters were disappointed with another Giannis postseason flameout and had some buyer’s remorse.

“So LeBron reminded everyone he’s the league’s best player with another title, and it was punctuated with his mic drop in the awards ceremony when he demanded to ‘put some respect’ on his name. And remember, because the finals were in October, they are fresher in voters’ minds and the season is more condensed, so almost subconsciously the vote might incorporate the previous season more than any other year.”

The 76ers lead the East with an 18-7 record, and Philadelphia center Joel Embiid is the +550 second choice at the Westgate to win MVP after opening at 30-1.

Nuggets center Nikola Jokic also has climbed into the conversation as the +650 third choice after opening at 16-1.

Nets forward Kevin Durant and Doncic are each 12-1, Antetokounmpo is 14-1 and Golden State Warriors guard Stephen Curry is 18-1.

“It’s his award to lose,” Rynning said. “However, one must strongly consider in a COVID year anything can still happen. A player like Stephen Curry at long odds is putting up similar numbers to his previous MVP seasons, although ultimately his team success is not quite there.”