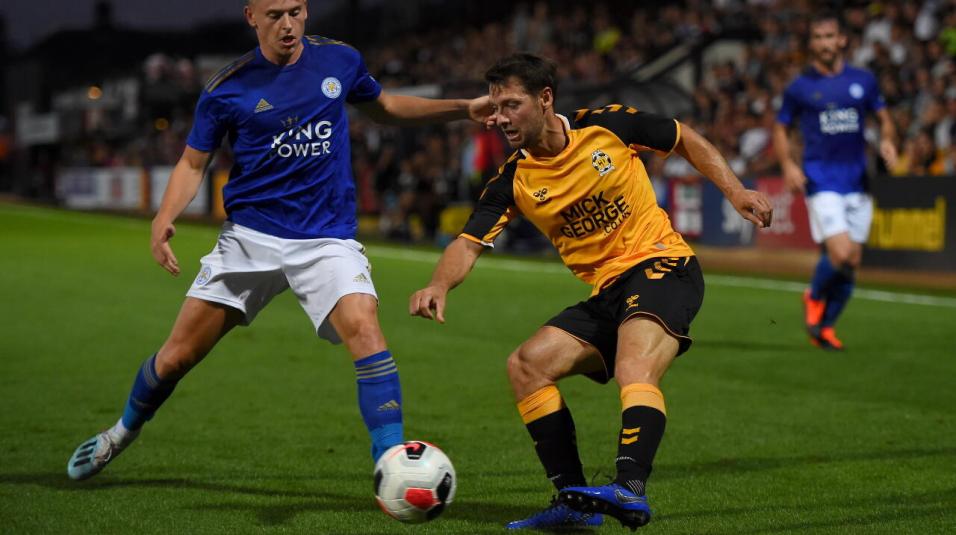 Confidence will be fragile at Walsall. The exits of Zak Jones, the in-form left-sided midfielder, to Milton Keynes, and forward Elijah Adebayo, to Luton, will have dented their hopes of reaching the play-offs.

Ten-goal top scorer Adebayo netted twice in their most recent match, the 3-1 win over Port Vale, which was a first victory in six.

This is probably a chance for Mansfield, who have a strong away record, to continue where they left off before their own enforced two-week weather break – by adding to their five straight wins.

The Stags have momentum and would, with victory, lift themselves above Walsall – probably into the top half of the table. It could be a tad late for them to sneak into the top seven, but the way that several players have found avenues to score, anything is possible with nearly half the season to go.

Jordan Bowery, George Lapslie and, most recently, Jamie Reid give opposition defenders plenty of problems. Even if Nicky Maynard has moved to Newport, he was becoming a fringe player. Nigel Clough‘s side have scored three goals in two of their most recent away games – victories at Scunthorpe and Oldham. They have only failed to score in four of their 24 matches this season.

The Saddlers, similarly, have only offered up six blanks in their 25 games. While they are the 17th highest scorers in the division at home (with 14), they will want to attack. Whatever the forward line, they now have something to prove. It’s time to shine for Tyreik Wright, perhaps, on loan from Aston Villa.

I feel certain they can muster at least a goal, but that the Stags will be stronger, drawing on their five away wins and five away draws. Therefore pairing the away win with over 2.5 goals at 2.111/10 is the play.

Opta say Walsall have scored in the 13 of their last 14 games against Mansfield – last failing to score in 1994! The visitors have their own history to make, equalling a run of six straight league wins, achieved most recently in 1991.

A defeat down at Exeter, who needed to find a win to maintain a promotion push, shouldn’t be a barrier to Bradford continuing their fine form. That one defeat for bosses Mark Trueman and Conor Sellers (in nine games, as Opta point out) should be no more than a bump in the road.

The Bantams have shown great energy, momentum and purpose under the new duo, even in Saturday’s defeat, in which they led twice.

Goals by new faces Charles Vernam and Ollie Crankshaw are great currency for a continued good run. Callum Cooke showed great skills, while the new boys – deadline day signings – proved their worth in the absence of Danny Rowe (ill) and Billy Clarke.

Bradford will hope Rowe can return quickly, not only because it will add competition for places but because he scored in the previous two games, at Southend and at home to Barrow.

Scunthorpe are in the same bracket as those two teams – struggling near the bottom, especially before they picked up three straight wins. They didn’t concede in those games, either, but confidence must be low, especially as they have had a week without a game to wonder if their form is really sustainable or only temporary.

The Iron defeated fellow out-of-form sides Grimsby and Port Vale and even dragged Colchester into the bottom third. But they would have been champing to test themselves against Oldham to cement their good run and the wait will have made them nervous, I feel.

Their record at Glanford Park this season is not bad – five wins and two draws – but for me the goal returns of Abo Eisa and Ryan Loft have not been consistent enough to think that Neil Cox‘s men can seriously worry their visitors. They might be chasing a fourth straight win since January 2019, point out Opta, but their visitors have some great momentum behind them.

Wes Hoolahan seems to have hit a sweet spot in his long career. Perhaps, when signing him, boss Mark Bonner sold him a dream of one final promotion tilt before retirement?

The 38-year-old Irishman has played a great part in that rise, gaining yet another assist for Paul Mullin‘s opener in the 2-0 win at Barrow.

The U’s have been a surprise package in their surge to the summit of League Two. Now they are top, a price of 3.613/5 to win away might seem large. Even at Salford, the joint pre-season favourites who are ninth.

Of high flyers faced at Moor Lane, only Morecambe have succumbed. Forest Green, Exeter, Tranmere and Newport have all gone away with draws.

This must frustrate Richie Wellens, as much as a supposed lack of “style” and results annoyed owners who fired Graham Alexander after the first five games, in which they were unbeaten.

When they get it right, though, James Wilson, Ian Henderson and Ashley Hunter have given the Ammies a platform of 20 goals at home. The defence has done well, too, accumulating the side a fantastic +11 goal difference there.

This has built the case for the large Cambridge win price, even if they have a highly respectable six wins away, with a +9 goal difference. Their five away defeats make them a little hit and miss on the road. They will do well to get much past keeper Vaclav Hladky and must draw strength from their away games at Cheltenham and Colchester, their two away games that ended level.

Bonner says Cambridge relish being there to be shot at and it is certainly the case that resilience – physical and mental – has got them to the top and kept them there. A seven game unbeaten run (failing to score just once, Opta stress) has reaped five wins, 12 goals for and five against.

Whatever defensive line-up Bonner chooses, mainstays Kyle Knoyle and Greg Taylor are fully capable of leading them to blunting Salford’s attack. New boy Declan Drysdale, 21, on loan from Coventry, gained decent reviews for his debut and will surely love learning how to stay top of the division.