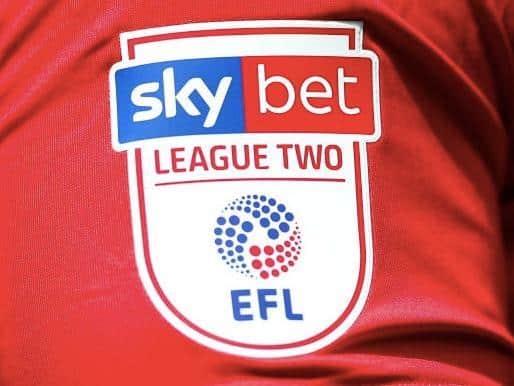 League Two is one of the most competitive football leagues in all of Europe. The 46-game season can either end in joy for four lucky teams as they reach promotion to League One or in despair. For two unlucky sides, however, relegation from League Two leads to Non-League football. The 2020-21 season is set to be a thrilling campaign as always as 24 teams battle for promotion to League One.

League Two is well away from the bright lights of the Premier League and EFL Championship. It is a league in which teams grind out results and financial disparities can see a gulf in class on and off the pitch.

The odds for League Two betting markets are subject to change depending results and sportsbook offers. Before placing your bet on one of these great League Two markets, double-check the odds with your preferred sports bookie.

Which team will win League Two?

Ahead of the League Two season, a lot was made about the financial might of Salford City. Boasting the ownership group of Manchester United’s famed Class of ‘92, there is no doubt that Salford City have the money and might to go on to win the league and earn promotion to League One for the first time ever. A managerial change has not affected many onlookers’ views on Salford City. However, League Two has some big-named clubs that could usurp Salford City and claim the title. Most seasons, the teams that win the league or gain promotion are scrappy teams. They may not have the most talent or money but can outlast the competition in a war of attrition.

Bolton Wanderers’ financial problems over the last few years resulted in their relegation at the end of last season’s League One campaign. It has been a remarkable fall for the former Premier League high-flyers. Now in League Two, Bolton Wanderers are a “big club”. They have the ability to bounce back at the first time of asking. There are few teams in the league that can call on the players at manager Ian Evatt’s disposal. There could be significant value in this bet as Bolton Wanderers attempt to stop their fall down the football pyramid.

Newport County are a rising club in League Two football. They finished 14th last campaign, but many pundits have outlined their recent successes in cup competitions as a catalyst for further success. Manager Michael Flynn is on the shortlist for several clubs higher up the football pyramid. The Exiles have played against Premier League clubs in recent campaigns, holding their own. The experience could enable Newport County to finish in the top 3 and an automatic promotion place.

Salford City to finish in bottom half @9/2

All expectations heading into the campaign are that Salford City will challenge for promotion either automatically or through the playoffs. Despite the high expectations, there is the chance the Ammies could fail. A managerial change has already been made as high expectations have potentially gotten the best of reason. If Salford City finish 13th or lower, then this bet will win and provide value to bettors.

The League Two season is a long, marathon campaign of 46 games per team. The top three clubs are promoted automatically while teams four through seven make the playoffs. As long as a club finishes the regular season in the top 7, there is the chance they could achieve promotion to League One.

Major sportsbooks provide a range of League Two betting markets from pre-game moneyline bets to individual player offers. One of the most popular bets to make on lower league football – other than the moneyline bet – is the over/under wager. Unlike the Premier League, League Two’s assortment of clubs may be more likely to beat up on each other. Player quality can also affect the number of goals scored and conceded.

Accumulators remain one of the favourite ways to bet on League Two football. The amount of fun offered by an accumulator is through the roof. For a small stake, punters have the chance to make large profits.

Major sportsbooks offer markets on League Two matches all season long. Many of these sportsbooks provide competitive odds and incentives for betting. Bet365 is a leader in football betting markets. League Two bettors can get an accumulator bonus on select games. Early payouts are also offered.

Ladbrokes is another top League Two bookie. Punters can get £20 in free bets for an initial £10 wager. William Hill, a leader in worldwide sports betting, gives bettors the chance to cash-in their bets before full-time as long as all markets are still open. Bettors can receive profits early by taking a lower amount by cashing out before the final whistle.

Q. How many teams are promoted and relegated from League Two?

A. Four teams are promoted from League Two. Three teams achieve automatic promotion while one gains promotion from the playoffs. Two teams are relegated at the end of the campaign.

Q. How many teams play in League Two?

A. Along with League Two matches, clubs compete in the Carabao Cup, EFL Trophy and FA Cup.

Q. Which club have won the most League Two titles in history?

A. Chesterfield have won the most League Two (and predecessor leagues) titles. They have won the title on four occasions, most recently in 2013-14.

Q. Which team have been in League Two the longest time of all 24 clubs?

A. Morecambe have spent the longest consecutive tenure in League Two. The Shrimpers have been in League Two since 2007 and will hope to earn promotion to League One this season.