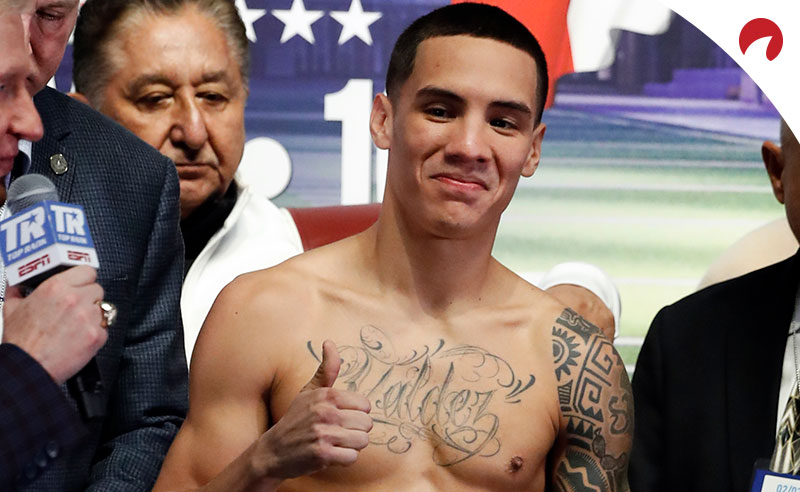 The only time they lost both was at Philly. This is the first time they get the same team twice in a row AT home. And after Atlanta posted a 122-114 victory Wednesday night, don’t think the Bostonians are gonna drop two straight at the TD Garden. Check the injuries before you throw any bombs.

On the college hoop board tomorrow, we’re gonna go checkerboard and grab Tennessee over Kentucky. John Calipari says he still believes in his team. We DON’T. The Wildcats are 7-13 overall, 3-6 on the road, have allowed 1,420 points and scored 1,397. That’s a MINUS 23.

And if you wanna throw on the boxing gloves, there’s a fabulous WBC super featherweight title fight here in the Vegas bubble tomorrow night between Miguel Berchelt and Oscar Valdez. Berchelt is a big PHAT favorite at -400 with Valdez a +320 underdog.

Berchelt, or El Alacran, The Scorpion, holds the WBC belt and has been fighting at super featherweight virtually his entire career. Valdez has been at featherweight, a few pounds lighter, for most of his career and is moving up in weight.

We had a scorpion in our house a few weeks ago and they are NASTY, just like Berchelt. He is bigger, stronger, with a longer reach, and has not lost a fight in seven years, with 33 of his 37 wins coming by KO. If you don’t mind laying the price, buy some Scorpion!

Benjamin Eckstein is a nationally syndicated sportswriter/oddsmaker. His column, America’s Line, with the Ecks & Bacon appetizer, has run in the New York Daily News and over 100 other papers since 1988. You can follow him online at www.americasline.com. He is beloved by most, when he picks winners, and detested by others, when he picks the occasional loser. If you wanna piece of Eck, hit his email…[email protected]