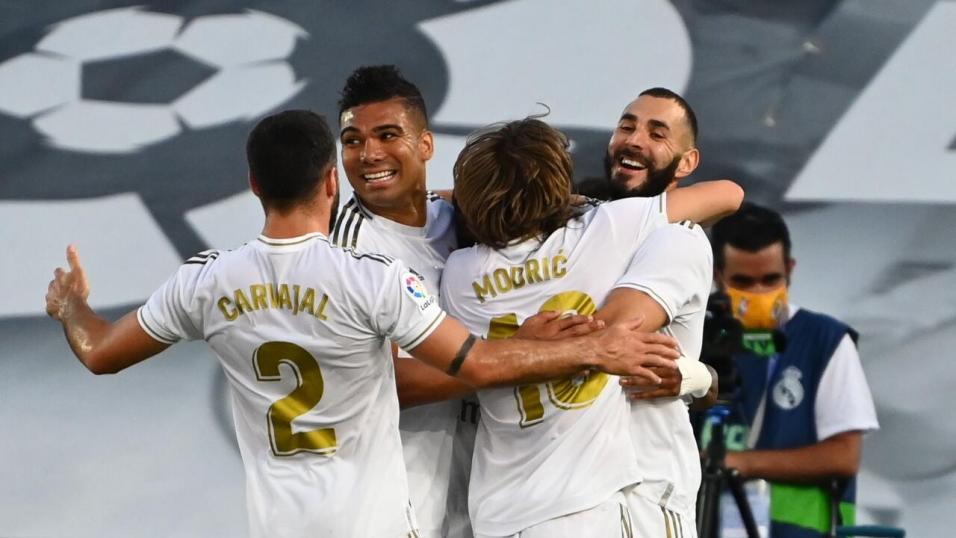 Hosts can keep Villarreal off the top spot

Villarreal can go top of La Liga if they beat Getafe in the first of Sunday’s games from Spain.

They are third in La Liga, with the two teams above them kicking off later in the day. Villarreal are two points behind the leaders Real Sociedad, having only lost one of their eight games in the league this season (W4 D3).

Throw in Villarreal’s Europa League games and they are unbeaten in eight (W6 D2). When you consider that Villarreal showed great form after lockdown last season to gatecrash the European qualification places, they have now been enjoying good results for some time.

Lockdown had the opposite effect on Getafe, who suddenly lost all momentum. They have now rediscovered some form and though they remain inconsistent, Getafe could be tough opposition for Villarreal, who have yet to win an away game this season in La Liga (D2 L1). Back the draw at 3.185/40.

Next up are the La Liga leaders Real Sociedad, who host another in-form side in the shape of Granada.

Last weekend Sociedad won 4-1 at Celta Vigo and followed that up with a home victory against AZ in the Europa League on Thursday. This match should present a greater challenge. As well as Sociedad have started the season, they have failed to win at home in three of their six games (W3 D1 L2), drawing with Real Madrid and then losing to both Valencia and Napoli.

Due to their Europa League commitments, Granada have already played 13 games and they’ve only lost one so far (W9 D3). Sixth in La Liga, Granada have beaten good sides like Sevilla and Getafe in recent weeks and would probably be higher in the table, if Maxime Gonalons had not been sent off early in their match against Levante last weekend, which ended 1-1.

With Granada is such form and questions over Real Sociedad’s home record, this should be more competitive than the odds suggest. Both teams to score seems a safe bet at 2.021/1.

Another entertaining win for Madrid

The weekend La Liga action concludes with Real Madrid’s trip to Valencia. Depending on results elsewhere, the defending champions could end the weekend back on top.

Madrid have been unpredictable in recent weeks, but never dull. Consecutive home defeats to Cadiz and Shakhtar brought talk of a crisis, but Real are unbeaten in four subsequent games, even if they haven’t always been convincing (W3 D1). On Tuesday they beat Inter 3-2 at home, which was their first win in the Champions League this season.

Valencia are thirteenth in the table and without a win in four (D1 L3). It’s not a surprising start considering that Valencia lost key players in the summer and failed to make a single signing, but nevertheless they have pulled off the odd shock result. In September they won away at Real Sociedad and last week drew 2-2 at home with Getafe, despite being down to 10-men for much of the match.

Real Madrid’s recent defensive record suggests that Valencia should at least get on the scoresheet. The title holders have conceded in each of their last six games. A Real Madrid win and both teams to score is 2.8815/8.