Elche to fall short against Valencia

Elche have been racking up points on the road but have been less successful on home turf. They welcome a Valencia side who have hit a bump in the road of late but have an opportunity to get their season back on track. Javi Gracia’s men are 43% to win, according to Infogol’s model, and Elche’s average return of 0.67 xGF per game may come back to bite them.

Madrid to sneak first Clásico of the season

Barcelona have already shown some improvement under Ronald Koeman, but the visit of Real Madrid will be a big test. The visitors will be after a response, having been stunned by Shakhtar Donetsk in midweek, and the unusual situation of both rivals losing their last league game makes this almost too close to call. Infogol gives Madrid the slightest of edges, but this could easily go either way.

Osasuna to shut out Athletic at El Sadar

Osasuna have tightened up since their surprise defeat to Levante last month and their reward has been back-to-back clean sheets in La Liga. They can make it three in a row against an Athletic side averaging 0.61 xGF per game on the road, and Infogol’s model backs a home win. Don’t expect a high-scoring clash, though, with BTTS and over 2.5 goals both below 50%.

Sevilla to remember where the goal is

Sevilla have failed to score in either of their last two games, with Granada and Chelsea keeping them quiet at home and on the continent. They can return to winning ways against an Eibar side with just one win from six this season, and Julen Lopetegui may well be happy with a repeat of July’s meeting when Lucas Ocampos scored the only goal of the game.

Bayern Munich showed Atléti how much work needs to be done in Europe, beating them 4-0 in their Champions League opener, but Diego Simeone’s side have been much stronger on Spanish soil. They’ll have a chance to respond at home to Betis, and Infogol’s model gives them a 63% chance of victory against a team over whom they did the double last season. 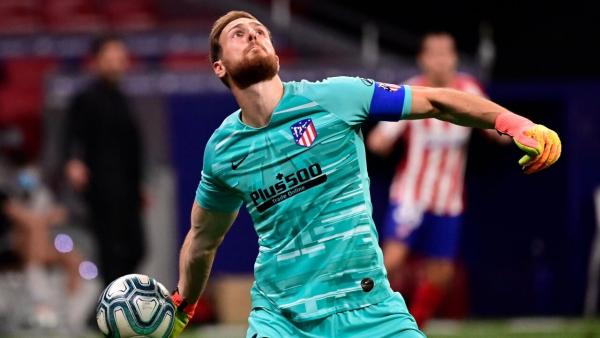 Valladolid to take the points in bottom-three clash

Valladolid and Alavés both finished last season in the bottom half, and both go into this weekend sitting in the relegation zone. Sergio González’s hosts won the corresponding fixture last season to banish any lingering relegation worries, and they’re favourites this time around based on Infogol’s model. Both games last season saw the away side draw a blank, and a repeat wouldn’t be too surprising.

Villarreal to bring Cádiz back down to earth

Cádiz were good value for their surprise win at Real Madrid last time out, but Álvaro Cervera’s side have yet to reproduce their impressive away form at Remón de Carranza. Infogol’s model makes Villarreal favourites to take all three points, and Unai Emery will be happy to face a more winnable game on the road after drawing a blank against both Barcelona and Atlético Madrid.

Getafe to follow up Barcelona win with another three points

After a huge 1-0 win over Barcelona, Getafe have a chance to go top of the league if results go their way. Last season’s eighth-place finishers are masters of edging low-scoring games, and this – with Infogol offering just a 34% chance of more than 2.5 goals – looks set to be one such match. The hosts are 42% to win against opponents coming off the back of a testing Europa League trip to Eindhoven.

Real Sociedad begin the weekend at the summit, and have a great chance to end it there as they welcome lowly Huesca to Anoeta. The visitors are still chasing a first win of the season, though recent performances have been encouraging, and Infogol anticipates this one going the way of Imanol Alguacil’s high-flyers.

Levante to break their home duck against Celta

Levante have hit a wall of late, to the point that it looked as though they used up all their goalscoring chances in the 3-1 win at Osasuna. However, after three successive games with less than 1 xGF, they have a chance to turn things around at home to Celta. Paco López’s men put three past these opponents last season, and Infogol’s model makes them narrow favourites to ensure the same result.