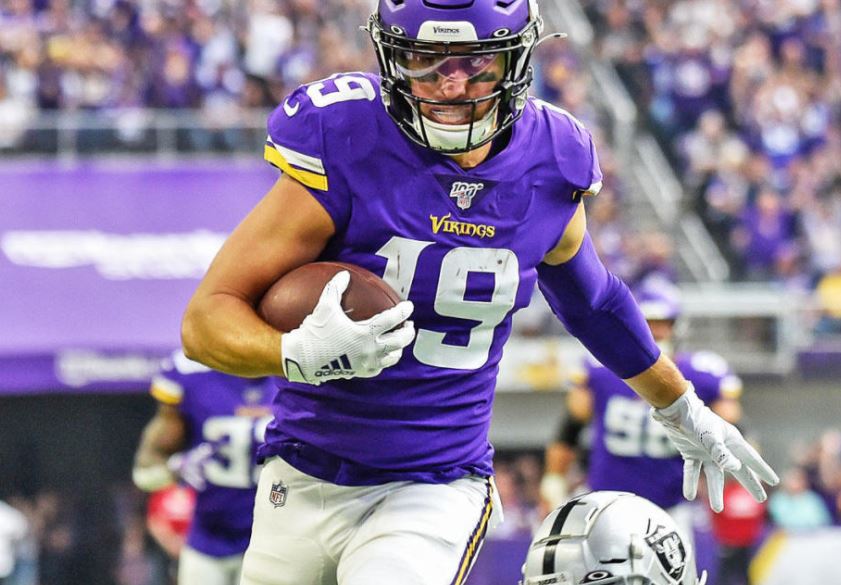 The Minnesota Vikings opened as a 9.5-point favorite over Jacksonville this Sunday. That line has inched its way up to -10, but there is still value in a Minnesota team that is still in line to earn a spot in the postseason.

Minnesota has won four of its last five games sticking with what has worked for head coach Mike Zimmer during his tenure. The Vikings are playing solid defense, are running the football, and limiting their mistakes. Should that continue, there is no doubt the Vikings will be victorious on Sunday. The question is can they cover the double-digit spread?

The Jags won their season opener and have dropped 10 straight. The result was the firing of general manager Dave Caldwell, but that’s the least of the team’s problems. The Jacksonville defense is simply atrocious though they have allowed 27 or fewer points in their last four games. In the previous six, Jacksonville had given up 30 or more.

To get an idea of how the Jags compare to the rest of the league, consider their rankings in four of the major defensive statistical categories. The Jags rank 29th in run defense (136.2 ypg), 29th in pass defense (279.5), and 31st in total defense allowing offenses a ridiculous 415.6 yards per game. If not for the Dallas Cowboys and Detroit Lions, Jacksonville would be last in the one category that matters most – points allowed. The Jags give up 29.5 points per game, 30th in the NFL.

With starting quarterback Gardner Minshew out of the lineup, the Jags have now turned to veteran Mike Glennon. Starting for the first time in three seasons last week, Glennon didn’t play all that badly in a 27-25 loss to Cleveland. It’s worth noting that it was the third time in four games that the Jags covered the spread. Jacksonville has lost three of its last four games by four points or less.

Taking out the blowout loss to the 10-0 Pittsburgh Steelers, the Jags have scored 20 or more points in four straight. Glennon threw for 235 yards and two touchdowns last week. Running back James Robinson, who is third in the NFL in rushing with 890 yards, ran for 128 yards and a touchdown. That was the fourth time in five games that Robinson had at least 99 yards rushing. If that continues, it would take some of the pressure off of Glennon and the passing game.

Minnesota has got some serious momentum heading into Sunday’s game. They had to come from behind to beat Carolina last week overcoming three fumbles, two of which were returned for a Panthers touchdown.

While Cook has been the feature of the Vikings offense, quarterback Kirk Cousins has been playing very well. Last week, he threw for 307 yards and three touchdowns and did so despite not having WR Adam Thielen and TE Irv Smith Jr. That’s where Jefferson has stepped in and lived up to his first-round billing.

With the point spread now up to 10 in this game, playing the Vikings to cover is a tough sell. However, if you consider how Minnesota has performed against the spread under Zimmer, it will make you think twice.

Minnesota is consistent in how they have played under Zimmer. They don’t waste home field advantage and they don’t see a drop off in play when they play an inferior, underdog opponent. They also excel in the very situation they will be in this Sunday – as a non-divisional home favorite. In such games under Zimmer, Minnesota is 19-7-1 ATS.

Still, a double-digit spread is a tough cover. Minnesota’s largest spread in its last ten games was as a 7-point favorite against Dallas. They won by three. Despite all of the success of Zimmer’s teams have had against the spread, the best play for bettors in Sunday’s game is the Totals.

The Vikings offense has been playing well and the Jags, minus the Pittsburgh game, have scored at least 20 points in four straight. The Total has gone Over in five Minnesota’s last six games. The Over has also hit in seven straight Vikings home games and four of the last six times that Minnesota has played Jacksonville.