In this article, we answer:

A lot of sports bettors and casino players have started to shift their focus in the last week. First, it was GamesStop and the stock market as bettors saw potential exponential gains. Then it was a shift to cryptocurrencies as a few tweets by Elon Musk and others propelled the spike of Dogecoin. Now sports bettors and casino players, who have long thought that slow and steady wins the race, are starting to delve into other realms.

Focusing specifically on Dogecoin, is it worth it for bettors to get involved or is it straight gambling? Let’s take a closer look:

Dogecoin is a cryptocurrency that was essentially created as a meme. Does it actually do something? Yes. It allows people to transfer money back and forth – wherever you are in the world. You can send Dogecoin with relative speed and no fees. It functions on a blockchain, so there is some technology behind it but that’s basically it. While some cryptocurrencies like Bitcoin, Ethereum, Monero or Cardano have different use cases, that’s about it for Dogecoin. For example, Bitcoin is viewed as digital gold (a store of value). Ethereum has smart contracts and Cardano soon will too. Monero is known as a privacy coin. Each bring something to the table beyond the basic proposition of transferring money from one to another. Dogecoin does not. 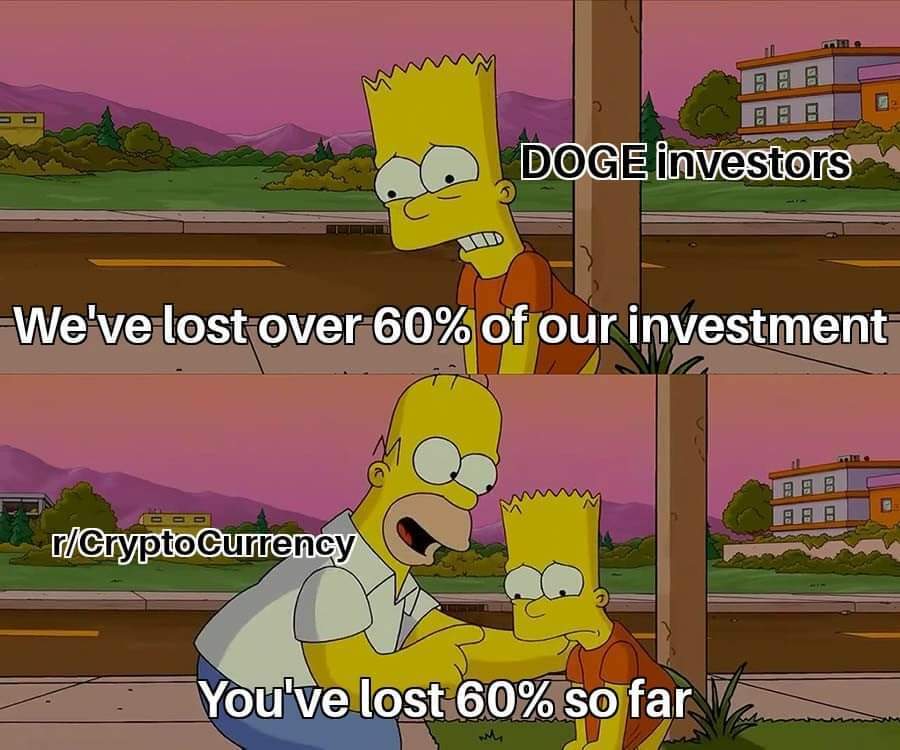 Dogecoin’s competitive advantage over some of the other cryptocurrencies is that it simply has that “meme” factor. What does that mean? It means it’s just kind of a viral story. It’ll always get some love in the community – especially given how far it’s come. Elon Musk always jokes about it and as we’ve seen in the past, with any stock or coin he tweets about, it tends to go up afterwards.

Even though the technology here is quite limited, just having that crowd backing can go a long way. Take a look at GameStop, for comparison. The company’s stock is worth somewhere between $4 and $20 – if you believe in it. Let’s say you’re even uber-optimistic about them, then it’s a $30 stock. However, the crowd got behind it and propelled it to shoot up nearly 100 times the regular value.

The same seems to happen with Dogecoin as it’s merely dependent on the interest of the meme community.

Why Dogecoin Is A Real Gamble

The problem with Dogecoin is that it’s a real gamble – and not the type that sports bettors or casino players are used to. If you bet on sports, you generally know you have a 50/50 shot to win (just usually basic probabilities) and if you’re in the casino, you know it’s more for entertainment as your odds of winning are lower. With Dogecoin, nobody really knows where it will go because this is mostly based on supply and demand from a meme-loving crowd.

One of the biggest flaws of Dogecoin is the seemingly unlimited supply. Bitcoin has a circulating supply of about 18 million Bitcoins; Dogecoin, on the other hand, has a circulating supply of just over 128 billion. In other words, there is tons of it. A lot of people are hoping that it one day reaches $1.00 but in the simplest terms, that is extremely unlikely. Think about it: if Dogecoin was to get to $1.00, that would mean it would have a market cap of $151 million. That would make them the third-most valuable cryptocurrency behind Bitcoin and Ether; does that make sense to you? Absolutely not.

The other challenge here if you’re betting on Dogecoin is that the crowd could lose interest. If another meme coin comes up or something else that’s shiny and dazzling pops up, the money might low out of Dogecoin into other things. And maybe Elon Musk doesn’t do anymore tweeting about it and then where does the momentum pushing it upwards go?

There is also very little advancement in terms of adoption for Dogecoin. Few exchanges offer it for purchasing it and if you want to spend it, it’s hard to find places to do that. There aren’t any deals or partnerships being made with Dogecoin and there aren’t a ton of developers working on it to make it better. In other words, all we really have here is a brand name. 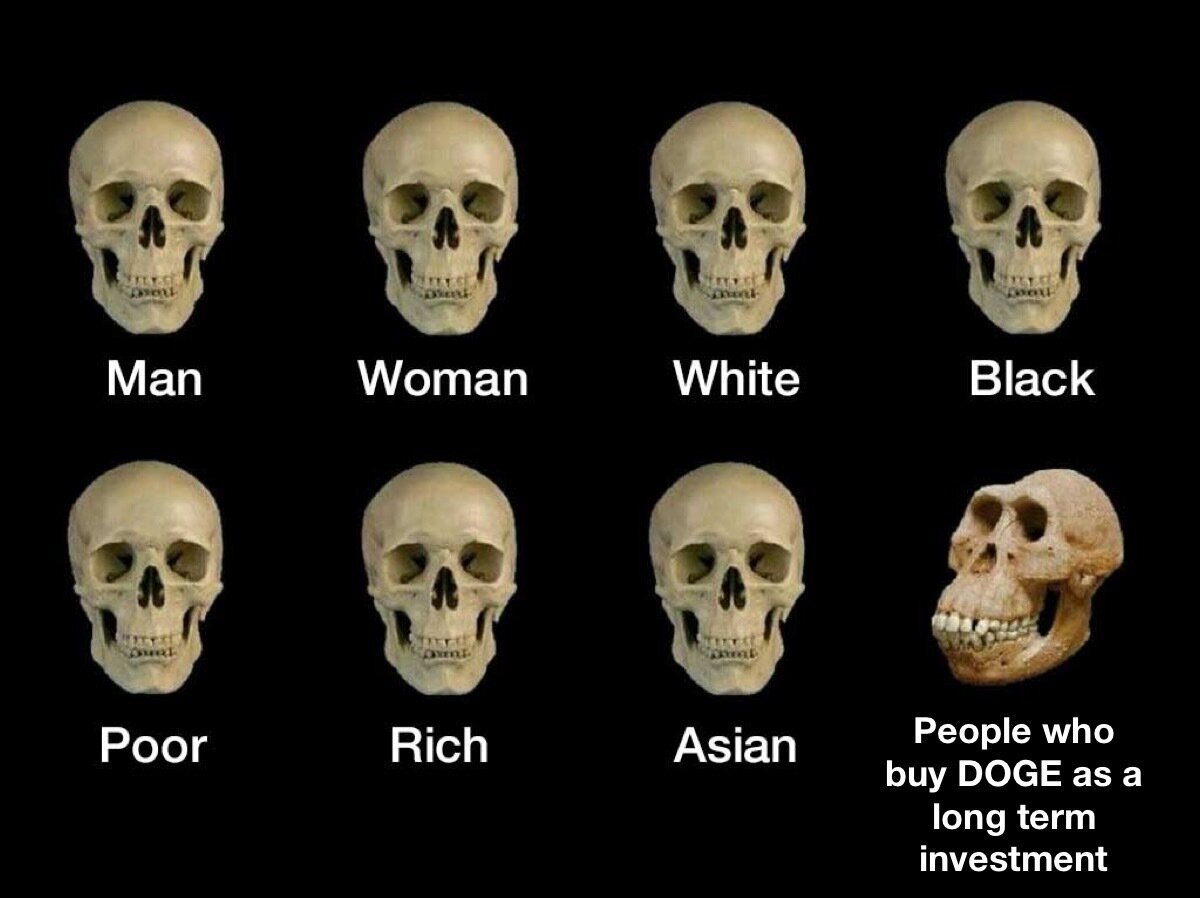 Is There Some Value?

There probably was but a lot of it has been squeezed out. For most of Dogecoin’s life, the hope for everyone in it was to get it to a penny. It long stayed under that mark and the thinking was that one day – some time in the future – it might make it. It briefly made it to that level in 2018 before pulling back severely. For most of the last year it was hanging out at about 0.002 or 0.003, which is nowhere near a penny. Well, not only has it made it to a penny now, it’s rocketed way past. It got as high as 7.5 cents. In other words, it appreciated 500% on what was essentially just a fun-fueled pump. It’s pulled back into the five-cent range, but even now it seems overvalued.

Don’t consider this financial advice but it would seem like there might be value if it were to again drop under one penny. At this point, it seems like it’s super expensive for a coin that doesn’t do a whole lot.

Difference Between Doge And Betting

The main key here is that bettors know the odds that they’re working with: they are listed out in clear and plain sight in the sportsbook or in the casino. With Dogecoin, it’s basically just a fashionable brand name right now and you don’t know what you’re getting. Maybe someone makes something more of it but it doesn’t look like that’s a serious reality. More likely it’s just a real gamble and nobody knows the odds.

If you’re the type of person that just spins a slot hoping for the best or throws some money on a random number on roulette, then maybe Dogecoin is for you. For those who like to make more calculated decisions, this is probably something to avoid.