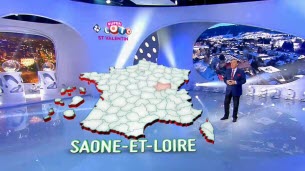 What is the typical profile for the players?

Compared to non-gamers, the practice of gamblers is more common in occupations among men aged 25 to 54 who are employed
Intermediaries more than among executives and higher intellectual professions. The players have a slightly lower level of education, but a level of
Income higher than that of non-practitioners.

However, the typical profile also depends heavily on the game. Compared to all players:
► Those who practice scratching games are more likely to be women (59.5%), younger (51.5% are under 45) and have a lower income.
► Horse racing bettors are more likely to be men (80.7%), older (55.5% are 55 years of age or older), who have a more modest social background, a low level of education and a higher income. Weak.
► Sports bettors are also more often men (89.7%), much younger (72.2% are 35 years or younger) with a higher level of education, a more modest or medium social background, more often unemployed but with a higher income.
► Slot machine players are more often women (57.5%) and older (37.3% are 55 years or older).
► On the contrary, those who play other casino games are more likely to be men (63.2%), much younger (79% are 35 years old or younger).
► Poker players are also mainly men (72.8%), young (72.5% between 25 and 44 years of age), who come from middle or higher socio-professional categories (50.1%), have a higher education and a higher income but are more likely to be unemployed (11.4%) than other players.