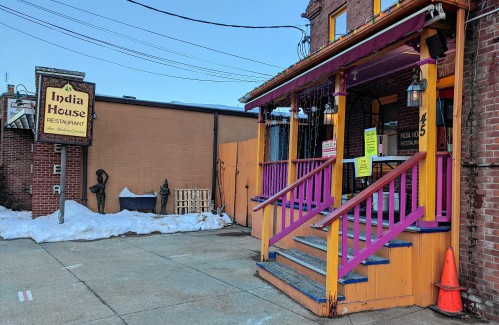 NORTHAMPTON — Seven restaurants and bars entered a lottery for a liquor license held by the city’s License Commission on Wednesday and one lucky winner emerged.

“We choose at random out of an old-school bingo spinner from the city clerk,” said Annie Lesko, the clerk for the License Commission, who also works in the mayor’s office.

India House on State Street was chosen as the winner at the commission’s meeting Wednesday. The license, which allows bars and restaurants to serve beer, wine and liquor, was previously used by the Sierra Grille on Strong Avenue before it closed this fall.

Currently, there are about 40 all-alcohol licenses issued in the city, according to Lesko. The Massachusetts Liquor Control Act limits how many licenses cities and towns can issue based on their population.

“That’s the most antiquated system in the world,” Lesko said.

The license that India House won is one of four all-alcohol licenses granted to Northampton through state legislation in 2016.

“Basically it says once the license is no longer in use, it reverts to the city to be reissued,” Lesko said.

Other all-alcohol licenses can be sold by establishments and have gone for six figures in the past.

HighBrow Wood Fired Kitchen + Bar, the Majestic Saloon, The Dirty Truth, Belly of the Beast, India House, Paul and Elizabeth’s, and Moshi Moshi all entered the lottery. Businesses needed to have a wine and malt license already to apply, Lesko said.

There are also two businesses that have closed recently and are looking to sell their all-alcohol licenses — the World War II Club and Bistro Les Gras — according to Lesko.