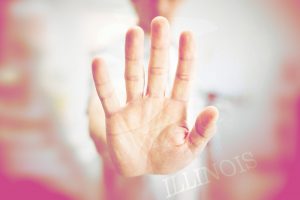 The Illinois Gaming Board is pushing back its decision on new casinos in the state, including two in Chicago suburbs, saying that its work has been impacted by the coronavirus crisis.

Gov. J. B. Pritzker approved last summer a sweeping gambling reform package that, among other things, paved the way for the development of up to six new casinos around the state.

The Illinois Gaming Board is currently reviewing proposals for four new casinos in Cook County, Waukegan, Rockford, and Williamson County. Danville and Chicago were the two other cities that were allowed to host casinos under the gambling expansion bill approved by Gov. Pritzker last year.

Danville leaders are currently reviewing the city’s casino license application, while Chicago is trailing well behind the other five approved areas.

During a virtual meeting held Thursday, the Illinois Gaming Board said that it has decided to push back the timeline for issuing the first round of casino licenses by at least six months.

The regulator’s administrator, Marcus Fruchter, said that “like all government agencies and private businesses, the board’s work has been impacted by Covid-19” and that “this is not an excuse or a crutch” but rather a “recognition of the realities that work and life are different in a global pandemic.”

Gaming Board Has 10 Bids to Review

The Illinois Gaming Board received 10 separate proposals in October 2019 for five casino licenses. Under the state’s expanded gambling law, the regulator had one year to review the bids and issue the casino licenses or else provide written explanation for any potential delay.

In addition to that, the agency’s five members also oversee Illinois’ existing 10 casinos as well as more than 36,000 video gaming machines at bars and restaurants and are also tasked with awarding sports betting licenses and overseeing the state’s nascent athletic gambling market.

Mr. Fruchter said Thursday that they know the changed timeline for the new casino licenses “may be unsatisfying to some, but we have a process, and we are remaining faithful to it.”

Most of the developers that have submitted casino license applications expressed disappointment with the delay, saying their host areas and the state could certainly use tax money generated by the casinos.

However, some developers noted that the six-month delay would not change their commitment to their proposed casino schemes.

As mentioned above Chicago, which too won a long-sought casino license, is trailing well-behind the five other areas approved for casino gambling. Earlier this year, City Mayor Lori Lightfoot urged the state Legislature to lower the gaming tax rates after a consultant deemed them “too onerous” to draw bidders.

Earlier this week, Mayor Lightfoot said that the city’s request for information on the potential location of a casino resort has attracted response from 11 potentially interested groups. Chicago is expected to launch a formal application process “as early as the first half” of 2021.