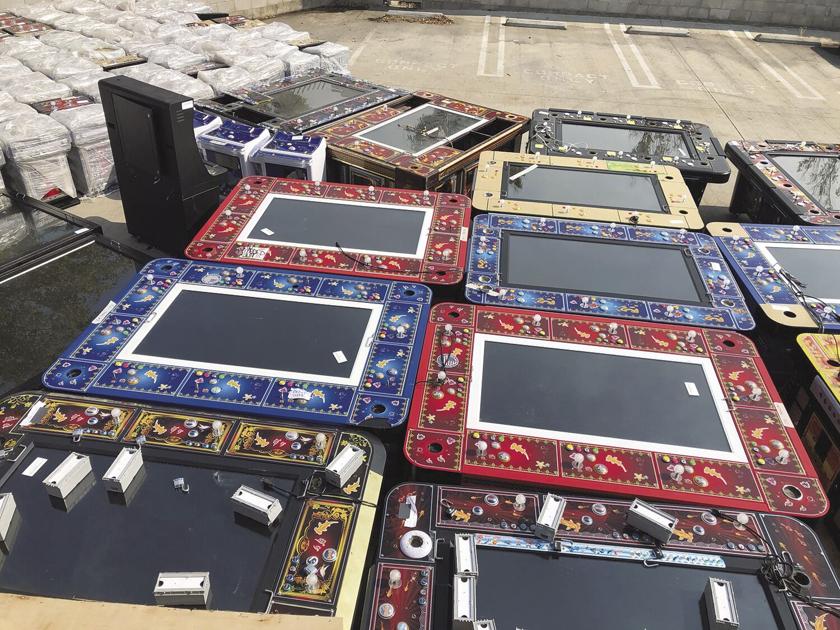 At approximately 6 p.m., a multi-agency team served search warrants at numerous locations, resulting in the seizure of illegal gambling machines in Lancaster. The effort also resulted in several arrests.

TAP TAPS are illegal gambling locations or underground casinos. They use unmarked store fronts to hide the activity happening inside.

The multi-agency team was led by the Lancaster Appreciation Program and was assisted by the Los Angeles County Sheriff’s Department’s Major Crimes Bureau, Operation Safe Streets OSS, the PAC Team from Palmdale Station and an arrest team from Century Regional Detention Facility, the City of Lancaster Office of Public Safety and the California Municipal Code and Compliance

“As these TAP TAPS appear, statistics show that crimes such as murder, robbery, assault with a deadly weapon and car thefts rise in the surrounding neighborhoods and businesses,” a statement from the Lancaster Sheriff’s Station said.

The operation on Tuesday night led to the following being seized: 250 machines, a large amount of money and three guns. A total of 31 arrests were made, as well.

Among those arrested in the sweep was Amer Tafas, who was transported and booked into the Lancaster station. He has been charged with maintaining an illegal gambling location.

“A fantastic investigation conducted by the LANCAP team,” the statement said. “Great police work and great team work to keep our city as safe as possible.”

Anyone with information about this incident is asked to contact the Lancaster station at 661-948-8466. Those who prefer to provide information anonymously can do so by calling Crime Stoppers at 800-222-TIPS (8477), downloading the P3 Tips app on a smart phone or by visiting http://lacrimestoppers.org