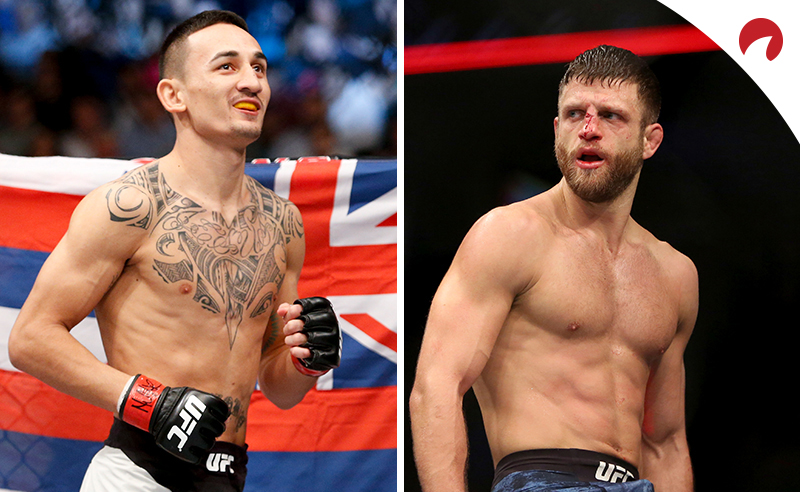 After nearly a month off, the UFC is set to return to action on January 16 on ABC, marking the promotion’s first appearance on network TV since it was with Fox. It’s a big moment for the UFC and the card will be headlined with a pivotal featherweight bout between former champion Max Holloway and No. 6 contender Calvin Kattar. I have a preview and a prediction for each fight of the UFC on ABC: Holloway vs Kattar main card.

The first UFC card of 2021 also marks a return to the Flash Forum in Abu Dhabi, aka Fight Island, where the next three events will take place, beginning on January 16 and ending on January 23 with UFC 257: Poirier vs McGregor 2.

This will be Holloway’s first non-title fight since UFC 199 in June 2016. “Blessed” fought for the belt in his next fight and has been in eight straight title fights, though he is coming off back-to-back controversial decision losses to Alexander Volkanovski.

Meanwhile, Kattar is searching for his first-ever three-fight winning streak in the Octagon, having had a trio of two-fight streaks snapped in the third bout. A win over a former champion in Holloway could move him to the top of the heap and set him up for a title fight later in 2021.

Online sportsbook Bovada has released the UFC Fight Island 7: Holloway vs Kattar odds and has listed Holloway as the -165 favorite, with Kattar coming back as a slight +135 underdog. This means you would have to bet $165 to profit $100 with a Holloway win, while a $100 bet on a Kattar win would profit you $135.

New to betting on the fights? Check out our UFC betting guide to help you get in the action. Also, be sure to keep an eye on our UFC odds page for the latest up-to-date betting lines.

This is a really intriguing fight within the featherweight division. For Holloway (-165), a loss here would leave him in a bit of a gatekeeper position, though this isn’t the first time “Blessed” has been on a two-fight skid – he lost back-to-back fights in 2013 to Dennis Bermudez and Conor McGregor. As for Kattar (+135), he’s climbed close to the top of the division twice but lost to Zabit Magomedsharipov and Renato Moicano. A loss here may halt his chances of ever fighting for a belt.

After a five-fight losing slide that lasted five years, Carlos “The Natural Born Killer” Condit (-170) picked up a victory his last time out and eyes back-to-back wins for the first time since 2012. As for “The Immortal” Matt Brown (+145), he had his two-fight winning streak snapped in May when he was knocked out by Miguel Baeza.

It has been over two years since we saw Santiago “Gente Boa” Ponzinibbio (-300) in the Octagon scoring a fourth-round knockout over Neil Magny in November 2018. On the other side, Jingliang “The Leech” Li (+230) has only fought twice over the same period, most recently falling via unanimous decision to Magny in March 2020.

It has been a rough stretch recently for Alessio “Manzo” Di Chirico (+220), who is heading into this bout on a three-fight losing skid after winning three of his first five fights in the UFC. He’s in tough with late-2020 rising star Joaquin “New Mansa” Buckley (-280), who has won back-to-back fights by knockout, including his finish of Impa Kasanganay, which many believe was the knockout of the year.

Two undefeated alumni of Dana White’s Tuesday Night Contender Series will open up the main card. Dusko Todorovic (-165) earned his contract in August 2019 and won his UFC debut in October to move to 10-0. Punahele “Story Time” Soriano (+135) got his contract in June 2019 and made short work of Oskar Piechota in December 2019 but the 7-0 fighter didn’t compete in 2020.