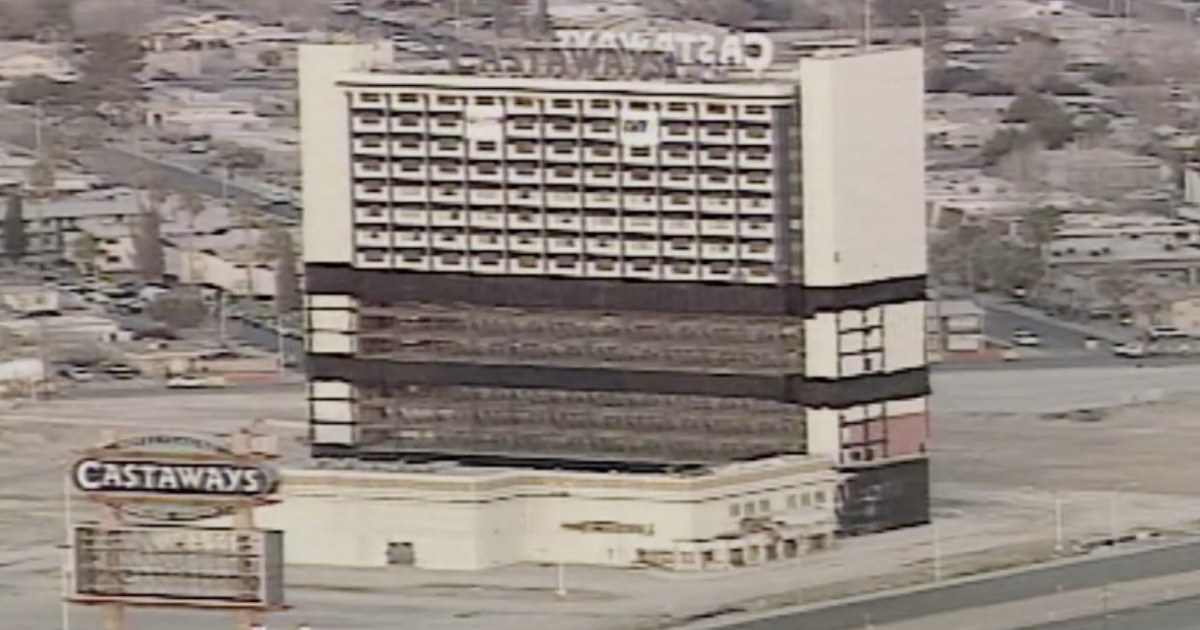 LAS VEGAS (KTNV) — If you have lived in Las Vegas for at least 25 years, you probably remember the Showboat Hotel and Casino.

The Showboat was built in 1954 by William J. Moore and J. Kell Houssels, the men behind the Last Frontier hotel-casino and Las Vegas Club respectively.

It was the first resort within Las Vegas city limits and it had 100 rooms on two floors. The casino was was leased by a group of managers from the Desert Inn, including Moe Dalitz.

It was billed as “Las Vegas‘s first resort hotel” and targeted both tourists and locals. One of the most popular deals was a 49-cent breakfast buffet.

A bowling alley was added in 1959 and it became the Showboat’s signature attraction. Bowling leagues from all over the country would travel to Las Vegas for nationally televised PBA tournaments.

In the early 1980s, a large unused space on the 2nd floor was converted into a sports pavilion, which hosted the American Wrestling Association and the Los Angeles Thunderbirds roller derby matches.

One of those wrestlers was the 7-foot 4-inches tall Andre The Giant.

The sports pavilion also hosted several high-profile boxing matches, including the Boza-Edwards vs. Chacon fight in May 1981.

Pool legends Minnesota Fats and Willie Mosconi also brought their televised series of matches to the Showboat in October 1981.

The hotel was successful until the Las Vegas Strip became more popular in the 1990s.

In 1998, Harrah’s Entertainment bought the Showboat and then sold it in 2000.

Since Harrah’s refused to sell the Showboat name, it was renamed the Castaways. Although there were plans for an expansion, it never happened and the new owners filed bankruptcy in June 2003.

Station Casinos brought the property for $21.6 million. In 2006 they imploded the hotel tower because they planned to invest $90 million into a 20,000-square-foot casino-restaurant.

However, they soon abandoned those plans and attempted to sale the property in 2009.

Each year, Station would bring in a portable casino for a few days in order to retain the gaming license while they decided what to do with the property.

In 2016, they put the property back on the market and eventually sold it to Amador Bengochea, a real estate developer.

In 2021, Bengochea opened the Showboat Park Apartments on the property.

The Showboat Park Apartments is a 344-unit rental community, featuring luxury amenities like a natural grass soccer field, a 10,000-square-foot clubhouse, a pool, barbecue and yoga area, a covered playground and a fitness center.