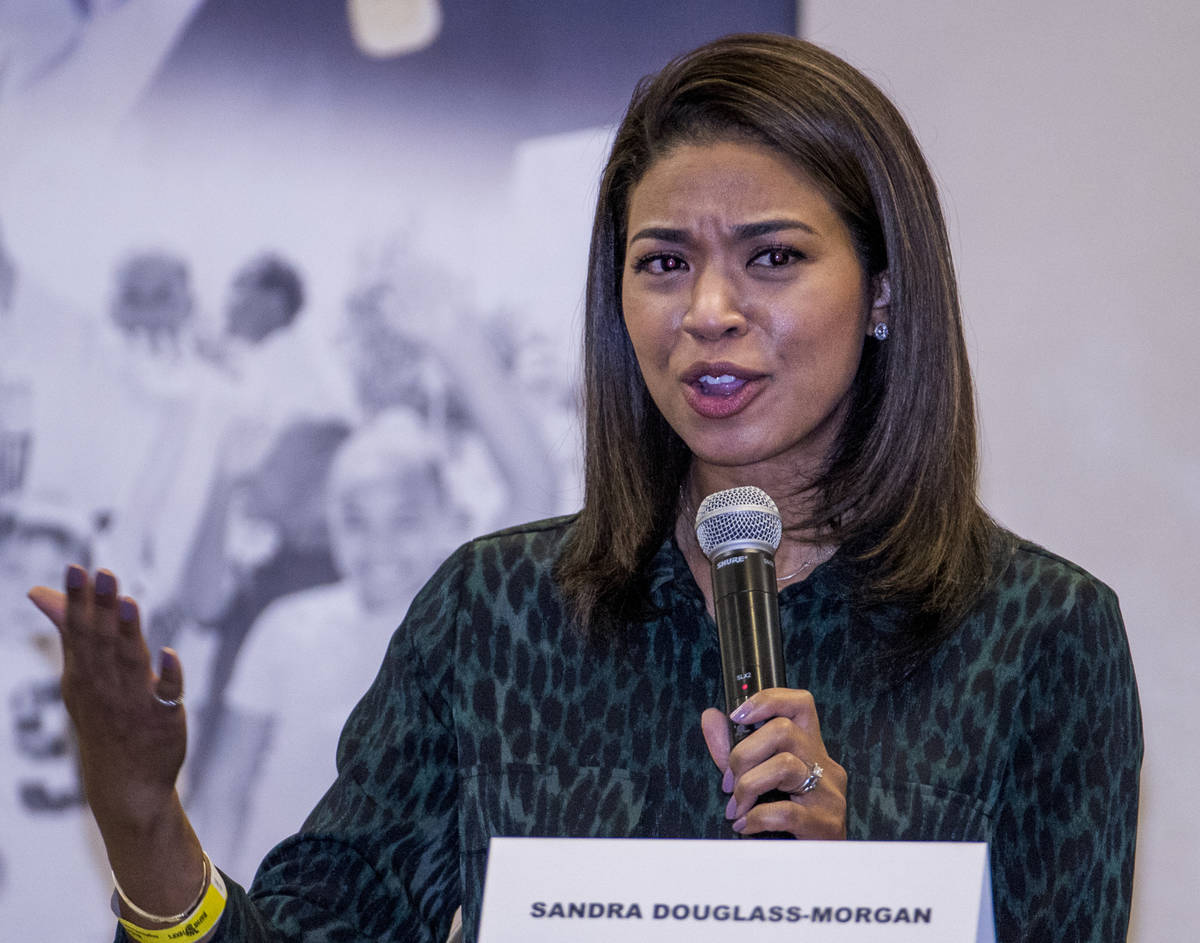 Citing a professional business opportunity that was too good to pass up, Nevada Gaming Control Board Chairwoman Sandra Douglass Morgan has resigned her position as board chairwoman and executive director.

Gov. Steve Sisolak announced Morgan’s resignation Thursday afternoon. She will leave her position effective Nov. 6 “to pursue an exciting professional opportunity,” according to a news release.

Sisolak is set to announce his appointment to fill the seat “in the very near future.”

Morgan has held the position for nearly two years and was appointed by Sisolak in January 2019.

One of Morgan’s top achievements during her tenure was to deliver new discrimination and harassment policies to the state, modernizing existing documents and updating a series of regulations to clarify the state’s stance on all forms of discrimination, including sexual harassment.

Morgan also took the lead on one of the largest merger investigations in gaming history when Reno-based Eldorado Resorts Inc. and the Carano family acquired Caesars Entertainment Corp. for $17.3 billion in July.

She also has been in a key position since mid-March when the state developed health and safety regulations to prevent the spread of COVID-19. Morgan often appeared side by side with Sisolak in the earliest days of developing policies for the closure of the state’s casinos and the 78-day shutdown of the industry.

“It has been a privilege to lead the Nevada Gaming Control Board with such a rich and proficient history in gaming regulation,” she said in a release announcing her departure.

“Working with an outstanding and dedicated staff throughout the state has been the honor of a lifetime,” Morgan said.

Sisolak said he was grateful for her service.

“I will forever be grateful to Chairwoman Douglass Morgan for her hard work and dedication to the state,” he said. “She has been with the administration from the start, and her steady hand and unmatched leadership has been critical in guiding Nevada’s gaming industry through one of the most turbulent periods in its history.”

Nevada Gaming Commission Chairman John Moran, the longest-serving gaming commissioner in the state’s history, had nothing but praise for Morgan.

“She is, without a doubt, the consummate professional and led the Gaming Control Board in a really exemplary fashion,” Moran said Thursday. “For me now as chairman working with her in that capacity, we had a very, very good relationship, and the beneficiary of that relationship was gaming and the state of Nevada.”

Moran admired the energy she brought to the job.

“She has been just incredible and the energy that she put into her job and the professionalism she has shown in running the Gaming Control Board for the state, she’s just been wonderful,” he said.

Moran said he hasn’t heard any reports about who the governor may appoint to replace Morgan and he also knows no details about the new position she is taking.

Morgan, who lives in North Las Vegas, was the first Black woman to chair the board, following in the footsteps of Becky Harris, the first woman to hold the post.

Prior to chairing the board, Morgan was a member of the Nevada Gaming Commission for eight months.

Nevada’s two-tiered gaming system includes three full-time Control Board members. Morgan has served with attorney Terry Johnson, the senior member of the board, initially appointed in 2012, and Philip Katsaros of Northern Nevada, who Sisolak appointed in April 2019.

The five-member commission currently has three women and two men.

While Morgan served on the part-time commission, she was director of external affairs for AT&T Services Inc. and was responsible for managing AT&T’s government and community affairs in Nevada. That provided background for Nevada’s deep dive into esports and the phenomenal worldwide participation in online competition favored by younger players the gaming industry is trying to attract to casinos.

On the administrative side, Morgan spent three of her eight years with North Las Vegas as city attorney and was Nevada’s first African-American city attorney.

She was well-versed on the north-south political split in the state, having received her bachelor’s degree at the University of Nevada, Reno, and her juris doctorate from UNLV’s Boyd Law School.

She worked for MGM Mirage — now MGM Resorts International — for three years as a litigator, mostly on risk-management cases. The gaming industry was close by in her growing-up years: Her mother was a keno runner and made change at the iconic Landmark, at the Imperial Palace on the Strip and at what was the newly opened Santa Fe — one of the last gaming outposts on the edge of town in the northwest at the time.

Morgan said she learned a strong work ethic and responsibility from her father, who retired from the Air Force at Nellis Air Force Base and whom Morgan calls her life’s role model.

Morgan also had sports expertise in her own household. Her husband, Don, played four seasons from 1999 to 2002 with the National Football League’s Minnesota Vikings and Arizona Cardinals after four years as a defensive back and kick returner at UNR.