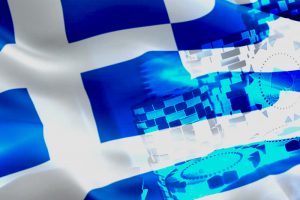 The Hellenic Gaming Commission will today unseal the financial offer tabled by a consortium between Mohegan Gaming & Entertainment and GEK Terna for the casino portion of a planned integrated resort at former Ellinikon International Airport near Athens.

The Greek gambling regulator is opening the financial bid after Mohegan’s technical offer successfully passed regulatory assessment and after the Greek Council of State rejected the appeal leveled by Hard Rock International against the rejection of its own bid to operate a casino at the future Hellinikon complex.

Mohegan, a US-based casino and hospitality company, teamed up with Greek construction giant GEK Terna to make a joint bid for a casino license at Hellinikon. Hard Rock was the other bidder for the license.

After a review conducted by the Hellenic Gaming Commission, it became known early this year that only the Mohegan-GEK Terna consortium was allowed to progress to the next stage of the selection process. Hard Rock’s offer was deemed incomplete as it lacked bank guarantee that should have demonstrated the company’s capability to fund its Hellinikon casino project.

Hard Rock appealed the Gaming Commission’s ruling, but Greece’s top court rejected that appeal to pave the way for the next stage in the casino operator selection process.

What’s Next in the Hellinikon Casino Licensing Process?

If the Hellenic Gaming Commission determines that Mohegan’s financial offer is complete and sufficient, it can proclaim the company and its Greek partner the winning bidders for the Hellinikon casino license.

The casino license winner will have to pay a one-off fee of €30 million in order to be granted permission to build and operate a casino at the future Hellinikon resort.

The process is expected to be completed by the end of the month. After the one-off fee is paid, a contract between Greece and the winning casino investor will be drafted and signed and will then be submitted for approval from the State Audit Council. The contract also needs to be ratified by the Greek Parliament.

The selection of the casino operator and the signing of a contract between that operator and the Greek state is a mandatory step for the commencement of construction at the Ellinikon International Airport site. Groundbreaking has been pushed back for several years now due to heavy bureaucracy and other challenges.

Greek real estate development company Lamda Development was selected as the preferred developer of the Hellinikon complex. The cost estimate for the entire project is €8 billion, while the casino developer will be required to invest no less than €1 billion into the gaming portion of the luxury complex.

Commenting on their planned Greek resort, Mohegan CEO Mario Kontomerkos said earlier that they hope INSPIRE Athens would be “the catalyst that sparks the entire development of the Hellinikon area into the coveted Athenian Riviera.”