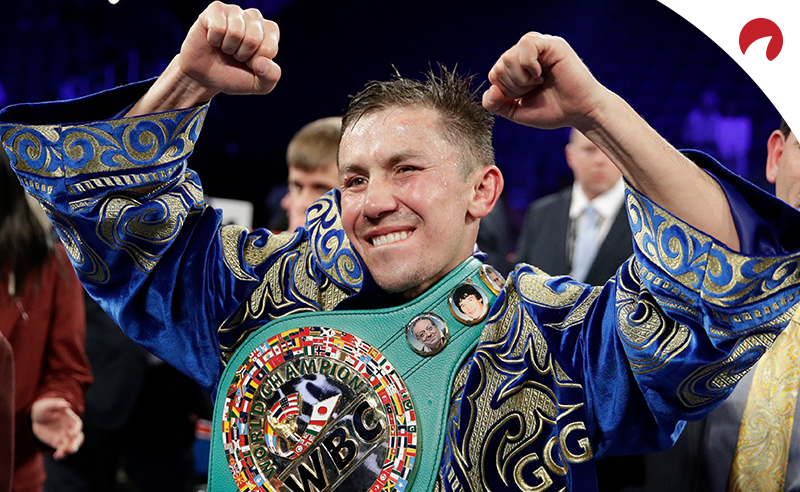 The hard-hitting Gennady Golovkin returns to the boxing ring for the first time this year as he defends his IBF and IBO middleweight titles vs Kamil Szeremeta on Friday, December 18. The two will duke it out for 12 rounds, or fewer, at the Seminole Hard Rock Hotel & Casino in Florida.

A quick look at the GGG vs Szeremeta odds and you will see that the champ is a sizable favorite and the challenger a large underdog.

Odds as of December 16 at Bovada

New to betting on the fights? Check out our great boxing betting guide to help get you in the action. Also, keep an eye on our boxing odds page for the latest, up-to-date betting lines.

Seeing Golovkin as a huge -3000 favorite is not out of the ordinary. He closed at a very similar number against Steve Rolls in June 2019 in his first fight back after his first – and only – pro loss to Canelo Alvarez nine months earlier. GGG has been a four-figure favorite in many of his recent bouts and the wins have continued to accumulate in those bouts.

As for Szeremeta, he got to fight on the GGG vs Derevyanchenko card last October in his USA debut. He made short work of Oscar Cortes, leaving his opponent on the canvas in the second round and cashing as a -750 favorite. But his American dreams may be smashed this time around and, with that, his perfect 21-0 record as well.

Golovkin has been campaigning for a trilogy bout with Canelo Alvarez, who is fighting one night after this bout against Callum Smith. That trilogy appeared to be happening in 2020, but the pandemic put the brakes on that so perhaps we can view this scrap as a tune-up for the trilogy at Cinco de Mayo in 2021.

What is there left to say about the 38-year-old power puncher from Kazakhstan? GGG has an incredible chin, allowing him to pressure his opponents and let his hands fly. Of his 40 pro wins, 35 have been by knockout and he had a streak of 23 straight finishes that was ended in 2017. Additionally, in the pocket, he has outstanding head movement that keeps him out of trouble while opening areas for counters.

While Golovkin has tremendous punching power, that’s an area that is lacking for the undefeated Polish fighter. Szeremeta holds a 21-0 record, but only five of those victories came before the final bell. This is just his third career fight scheduled for 12 rounds and the first since March of last year.

He uses a lot of forward pressure and had a good amateur career working a lot behind his snappy jab. Szeremeta works the body early and often, using those punches to read his opponents’ tendencies before going on the full-out attack. At times, he can be a little unsure of what he wants to throw when he gets an opportunity, which can put him in a very vulnerable position.

As much as Szeremeta likes to wear on his opponents with his forward pressure, getting them to break and either finishing them or rolling to a decision victory, it’s unlikely that strategy will work against a grizzled vet like Gennady Golovkin. If Szeremeta gets caught in one of those positions when he’s thinking about the punch instead of throwing it, GGG will hit him hard and perhaps immediately put the first loss in the Polish fighter’s record.