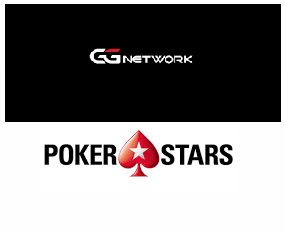 How long can PokerStars hold on?

GGPoker is consistently one of the most talked about poker sites throughout 2020. After hosting the first ever online version of WSOP, consistently increasing its player base, fantastic promotions, a great rakeback/VIP system and unique software with access to player statistics and other options, GGPoker is making PokerStars appear to be an ancient relic in the constantly evolving online poker landscape.

Now less than six months later in September 2020, with the WSOP having wrapped up last month and PokerStars right in the middle of their WCOOP series, GGPoker is right on the heels of PokerStars for cash game traffic. GGPoker has doubled the number of players and is currently sitting at a seven day average of 4,000 players, while PokerStars has dropped down to 6,600 on average. The trend is clear and quite alarming for PokerStars considering the added boost in traffic it should be getting for the WCOOP.

If both poker sites continue down the current path, it is only a matter of time before long time industry leader PokerStars, will be booted from their throne. PokerStars still thrives on its name recognition and popularity from the past having run numerous large marketing campaigns and live tournament series. But with the cooperation of WSOP, GGPoker has launched an aggressive marketing campaign that has attracted the attention of the poker world — both recreational and pro poker players alike. GGPoker has emphasized that they have only just begun their outreach and all of us at Yourpokerdream.com are excited to see what is ahead.

Many reasons behind the change in rankings

Poker forecasters would have assumed only partypoker would have been in a position to put pressure on PokerStars reign at the top. While partypoker has been making an amazing product and is doing a lot right, they just can’t compete with the juggernaut that is GGPoker.

Access to the Asian market is a clear advantage for GGPoker and is driving up the number of players. PokerStars recently withdrew from the Chinese market, leaving the GGPoker network as the undisputed leader for poker in the Far East. The Asian market is still relatively new and very large, so it brings a lot of weaker players to the tables — a nice benefit for European poker players tired of running into the same regular grinders. Yet all across the world, players are flocking to the GGPoker network and the general level of awareness of the site is growing.

Aside from their Asian market access, GGPoker has developed state-of-the-art software that appeals to both professional grinders but also to recreational players and beginners. While all the bright colours and smileys may not be every player’s cup of tea, they undoubtedly work to draw in new players and make the game more enjoyable for them. In addition, with some many fantastic functions such as the Snap Cam (where you can send short reaction videos to other players at the table), the ability to straddle in cash games, Deal it Twice, a built in staking function in each tournament lobby, as well as, many more features, GGPoker is revolutionizing what was thought possible in online poker.

While most players will look for a site that has a higher portion of recreational players rather than regular grinders, GGPoker network has been working to ensure a fair balance is maintained for new and existing players. With a fantastic rakeback program called the Fish Buffet, as well as numerous great promotions and interesting rake races, GGPoker offers plenty of opportunities to add to your bank balance even in the months where the cards aren’t falling in your favour. This compares to one of the largest drawbacks at PokerStars with their no rakeback policy and MyStars reward chests, and coins, consistently dropping less and less value each year.

On GGPoker, you can play as many tables as you want, which of course suits the multi-tablers. There is also an integrated Smart HUD and the option to download your hand histories to allow players to analyze their game using poker tools such as PokerTracker or Holdem Manager.

Needless to say, the PVI factor has been an irritant for many regular grinders and is generally the only negative point in the GGPoker network. While it does reward “losing” or newer players over the regular or “professional” players, this is made up for by the overall player pool which is so soft, 24/7 traffic at all limits, and the rake races/promos are largely financed by PVI income. Sure, we would all be happy if the system would work without PVI, but overall, the product that GGPoker has is more than acceptable and now better than PokerStars

Choose one of our two GGPoker network partners and enjoy our exclusive promotions and deals. We offer the best VIP deals that will increase your profit!

There’s super action at the Texas No-Limit Holdem and Pot Limit Omaha tables along a range of MTT and SnG tournaments that is simply fantastic.

Sign up at GGPoker with the bonus code: YPD and automatically receive our exclusive VIP deal!

There is no special bonus code at Natural8!