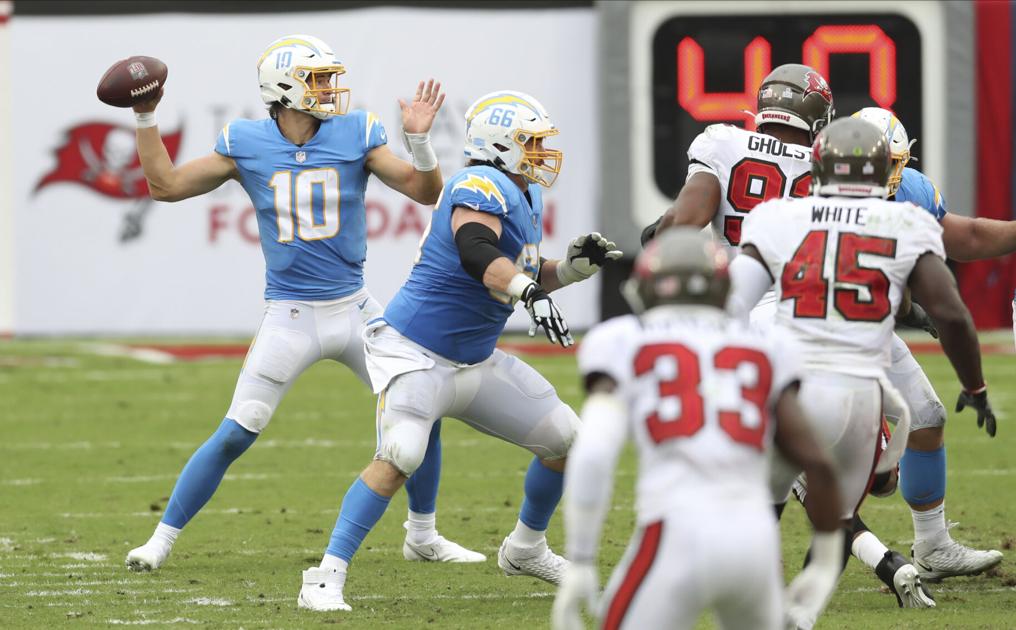 The Los Angeles Chargers are playing in New Orleans for just the third time since 1997 and this will be the first time these two teams have played on “Monday Night Football,” according to CBS Sports. The Saints can move into a first-place tie in the NFC South with a win, while the Chargers are looking to avoid a four-game losing streak.

Forty-one-year-old Drew Brees faces off against the organization that drafted him and a rookie quarterback who was 7 years old when Brees played his final game for the Chargers in 2005. The 22-year-old Justin Herbert has been doing his best Brees impression, as his 72% completion rate ranks seventh, his 8.7 yards per pass attempt ranks fourth and his 310 passing yards per game ranks fifth.

Herbert’s been leaning on veteran wideout Keenan Allen, who has a league-high 35.8% target share and a 39.4% mark in three games with Herbert as the starter. It’s a ridiculously high number, but with Austin Ekeler on IR, Allen will continue to get all the work he can handle. Rookie Joshua Kelley and third-year pro Justin Jackson will carry the load on the ground, but New Orleans hasn’t allowed a 100-yard rusher in 47 consecutive games. The Saints are only allowing 3.6 YPC and 91.8 rushing yards per game (both are top six marks).

The Saints will be without Michael Thomas again this week, but not because of his high ankle sprain. According to reports, Thomas was ruled out of Monday’s game for what the club is calling team discipline. Tom Pelissero of NFL Network reported that Thomas punched teammate Chauncey Gardner-Johnson during a fight at practice.

Most of Thomas’ work in the passing game has gone to Alvin Kamara as his 26.9% target share through four weeks is the fifth-highest mark in the league. Tre’Quan Smith has filled in nicely as well as his 14 catches are just four behind his total from 2019. He has 13 catches and two touchdowns in his past three games with Thomas sidelined.

The Chargers played Tampa Bay and Kansas City close over the past two weeks and they’ll hang around with the Saints thanks to Herbert, but it’s New Orleans’ run defense that will be the difference.

Kelley has caught all seven of his targets this season for 84 yards, and with Ekeler sidelined he’ll get even more work in the passing game. He’s had at least two catches in each game with Herbert and he’s passed the 17.5-receiving-yard mark in two of those games.

The Saints have allowed the second-most catches (32) and the third-most yards (330) to the tight end position. They’ve also surrendered the second-most touchdowns to the position (five) and you can get Henry any time TD at +220. Henry has had at least five grabs in three of his four games and Herbert will be throwing plenty in this matchup.