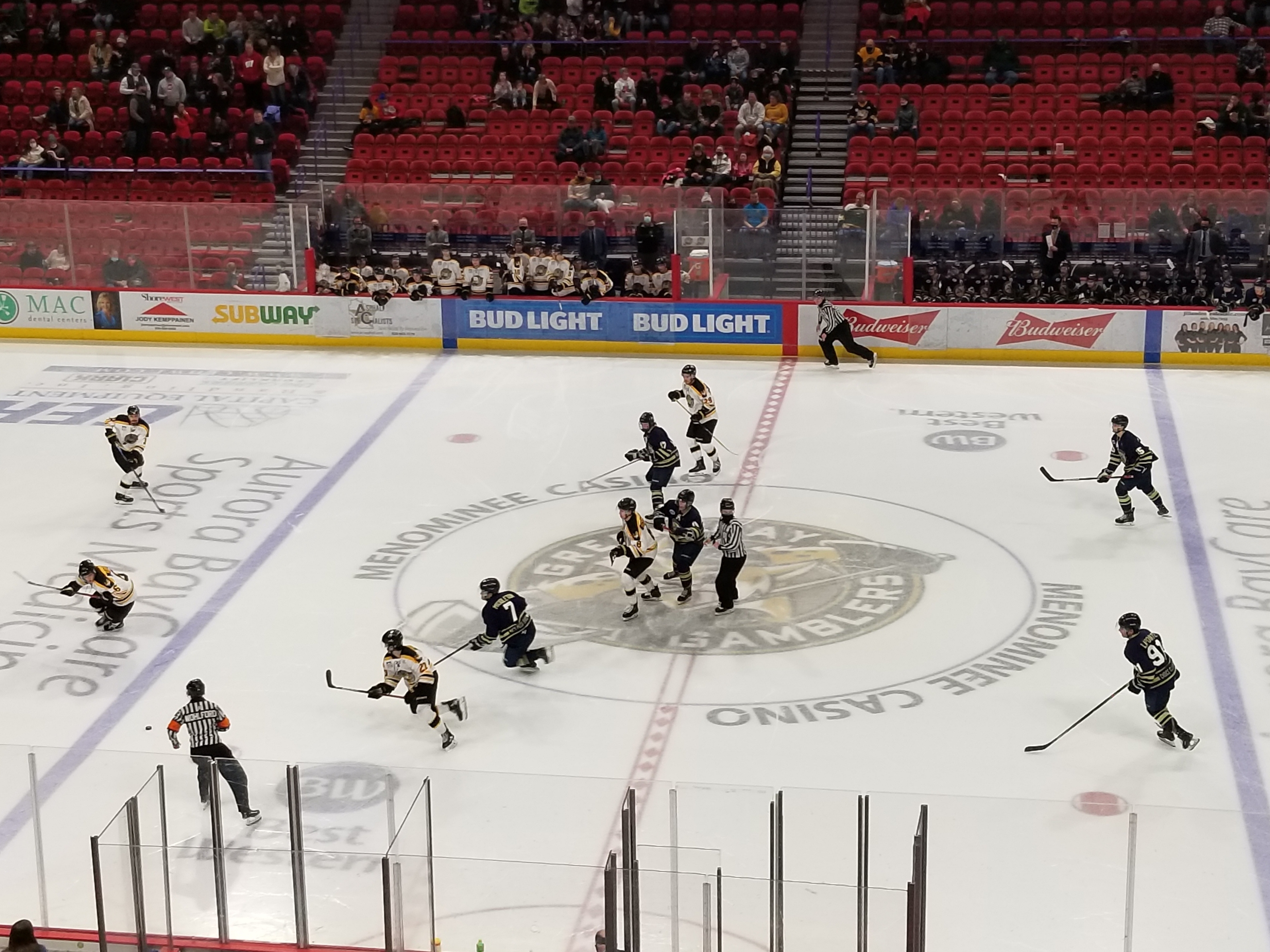 The Green Bay Gamblers ended their second straight series with Team USA with a split as they lost to the U-18 squad 3-2.

Team USA jumped out to a 1-0 lead in the first period and held that lead until the opening minute of the third period when Camden Thiesing scored his 11th goal of the season to tie the game up. Team USA would score two goals within three minutes, including the eventual game-winner by Dylan Duke. Ryan Greene scored his eighth goal of the season for the Gamblers second tally.

The Gamblers will play one more this weekend when they play the Des Moines Buccanneers at 3:05 p.m. at the Resch Center. Tobin Meyer will have the call on 104.1 WRLU and NEWRadioSportsNetwork.com.