With West Brom showing their defensive problems with a 2-0 loss to Fulham last weekend, the momentum for Tottenham Hotspur assets has only increased further for their favourable fixture on Sunday. Harry Kane remains the consistent premium player in Fantasy Premier League this season, extending his returns to six goals and eight assists. He’s blanked just once, when Spurs lost 1-0 to Everton in Gameweek 1.

Don’t be put off by the away fixture here: Spurs have a 100% record on the road this season, scoring 12 goals and conceding just two in three games. Kane is second in the Premier League for shots in the last four games, with 19 and his assist potential remains impressive: he’s provided six key passes, with three big chances created over this period.

We’ve been reminded once again last weekend that being on penalties is another important aspect of Kane’s game: he’s converted two spot kicks this campaign and opponents West Brom have conceded two. The Baggies have the worst goal difference tally of all sides in the Premier League and you can only see that getting worse after this fixture.

Spurs are available to back at 6/5 to win and score over 2.5 goals against Brighton this weekend.

Michail Antonio’s absence through injury has been a blow for an in-form West Ham side, but with favourable fixtures now on the horizon, many fantasy managers are turning to Jarrod Bowen to provide value in midfield, among this particularly budget friendly side. He already has three goals this season and the schedule couldn’t look any better with Fulham and Sheffield United up next.

Bowen has been starved in the Hammers most recent fixtures, with no shots or chances created against Manchester City or Liverpool. Prior to that though, he had 11 shots in the previous four games and with West Ham forced to play a different style without their reliable target man, you’d expect much of the attacking play to go through him, as they see significant possession.

It’s been a quiet couple of home games for Bruno Fernandes, but Manchester United should be back to a more typical shape in this game, with Anthony Martial back from suspension. An away trip to Everton might not look the easiest on paper, but the Toffees are without a clean sheet in their last four games, conceding two goals on average, and Jordan Pickford has been banished to the substitutes bench.

Fernandes record in the Premier League is arguably a lot stronger away from Old Trafford. In this campaign alone, he has double digit returns in each home game so far, picking up a goal and an assist against both Brighton and Newcastle United. You’d expect to see a similar performance here, as Manchester United look to expose weaknesses in this Everton side.

Bruno Fernandes has still shown promise in the underlying statistics: he’s had 10 shots in the last four games, as well as creating 12 chances, the highest in the Premier League. He’s also taken three spot kicks this season, converting two of them. Manchester United still hold their reputation for being the penalty kings and it could be a valuable source of points in this usually fiery fixture.

You can back VAR and bet on Manchester United to score a penalty against West Ham at odds of 4/1.

Pierre-Emerick Aubameyang started the season with around 40% ownership, but this has continued to fall on a weekly basis and now sits at under 15%. It’s not been the greatest start to the season for him, with four successive blanks following his goal in Gameweek 1 and assist in Gameweek 2. However, converting a winning spot-kick against Manchester United will do wonders for his confidence and now the fixtures turn. 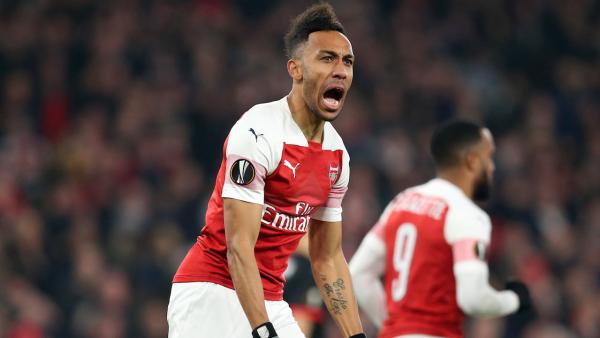 Up next for Arsenal it’s a home game against an Aston Villa side who have conceded nine goals in their last four games, keeping just one clean sheet in that period. No side have conceded more shots on target than them in this period (26). It could be an ideal time for Aubameyang and Arsenal to gain some momentum in their quest to climb up the Premier League table.

Timo Werner’s ownership has halved since the start of the season, but many managers will have consequentially missed his three goals and one assist since the last International Break. This Chelsea side have finally settled into the season with Werner at the heart of their attacking output: they have ten goals from their last four games.

It was worrying to see Werner named as a substitute against Burnley, before being promoted to the starting lineup following injury to Christian Pulisic in the warm-up. Clearly Frank Lampard is trying to manage the congested schedule with Champions League midweek fixtures too, so all eyes will be on his midweek team sheet against Rennes.

One more positive that we did see for Werner in the Champions League was that he took a penalty against Krasnodar last midweek, with first choice penalty talker Jorginho off the pitch. This could be a trend that continues, especially with Jorginho’s position in the first choice starting eleven under question. Chelsea have been awarded four spot-kicks this campaign: only Leicester City have won more.

Back Chelsea to beat Sheffield United at 4/11 in Gameweek 8.