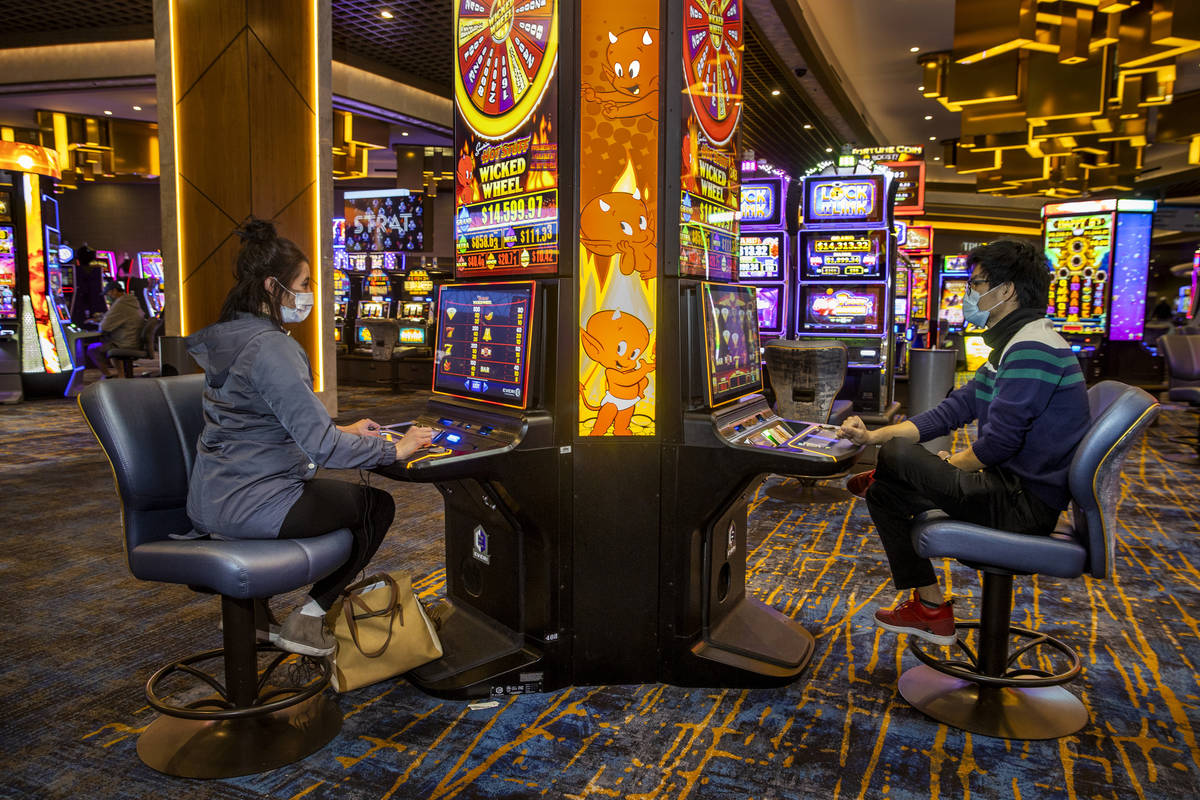 Las Vegas casino floors are set to return to a 50 percent occupancy limit by mid-March, a move industry watchers say offers a glimpse of hope on the gaming and hospitality industries’ road to recovery.

The easing of restrictions comes just in time for Las Vegas’ busy season, with events such as March Madness, pool season and major convention bookings on the horizon.

“Assuming that we can stay on the path that has been announced today, this leads to opportunities,” said Brendan Bussmann, director of government affairs for Global Market Advisors.

A ‘return to normalcy’

Under Gov. Steve Sisolak’s latest reopening plan, properties will be able to slowly ramp back up to capacity levels that haven’t been seen since the “statewide pause” began in November. Casino floor operators can increase their 25 percent capacity limit to 35 percent starting Monday and expand to 50 percent on March 15.

Bussmann called the jump to 35 percent occupancy “baby steps” but believes things are heading in the right direction for the gaming industry, the backbone of Nevada’s economy.

“I hope that those trends continue … and that as we get a vaccine rolled out, that will help ease measures” further, he said.

The shift would come just in time for major revenue-drivers including pool season and major conventions.

World of Concrete, one of the first major conventions slated to return to Las Vegas this year, is set to take place at the Las Vegas Convention Center in early June. The trade show drew about 54,000 attendees in January 2020.

“I want to help relaunch our … convention business,” Sisolak said during a Thursday news conference. “I want to see business travel to Nevada make a comeback, boosting our economy.”

A former longtime casino executive said he appreciated Sisolak’s decision to return to restrictions similar to those in place before the governor’s “statewide pause” in late November, as well as the forward-looking mention of the concrete trade show, one of the city’s “tentpole shows.”

“The fact that he mentioned that in his speech lets us know that he’s looking towards (a) return to normalcy at some point in ’21, assuming the vaccinations can get out there, and we can continue to mask up and reduce the spread,” said Nehme Abouzeid, president and founder of hospitality consulting group LaunchVegas LLC.

The staggered reopening plan doesn’t provide “immediate respite” to hotel-casinos, though Sisolak providing a step-by-step timeline with a stated end result gives Nevadans a goal to work toward, Abouzeid said.

“This was a ‘light at the end of the tunnel’ address,” he said of Sisolak’s announcement. “I think it would have been politically unpopular if he had just extended the pause for another month, especially as numbers are going down, vaccine rollout has begun, and a more COVID-focused administration is in Washington.”

Another hospitality industry veteran was a bit surprised gaming capacity limits weren’t immediately returned to 50 percent. Though Josh Swissman, founding partner of The Strategy Organization consulting group, was happy to hear capacity limits would be raised Monday, he didn’t think the incremental easing had small business owners “jumping for joy.” A 50 percent capacity limit is financially challenging enough, he said.

Sisolak also announced that come May 1, the state would turn over restriction decisions to local jurisdictions. That signals reason for optimism that the state could be inching closer to pre-shutdown conditions, Swissman said.

“It makes sense to transition oversight back to the local authority, so that they can have that more tailored, more customized approach,” Swissman said. “It’s been said all along, what works in a rural county might not work for a more populous county, like Clark.”

“I think what you’ll see even starting as early as tomorrow, you’ll probably have some enterprising sales folks on the phone, telling all of their clients and contacts in that size range for get-togethers that March 15 is the date and to start booking,” he said.

Sisolak mentioned Thursday that the new measures were, in part, driven by a desire to bring Nevadans back to work. The state’s jobless rate dipped to 9.2 percent in December, surpassing the national unemployment rate of 6.7 percent.

Executives with at least one casino operating company, MGM Resorts International, have said that they plan to rehire workers once operating restrictions abate.

“We expect to continue remobilizing our fantastic teams, rehiring and retraining them in order to serve our guests,” MGM CEO Bill Hornbuckle said during a Wednesday call with investors. “Over the course of this year, we will do the same with our industry-leading entertainers across all of our properties.”

A statement from MGM said the company “couldn’t be more excited” about increasing its occupancy, resuming entertainment and bringing back large-scale conventions.

“World-class entertainment and conventions are key to Las Vegas’ recovery, and we will continue prioritizing the health and safety of guests and employees as restrictions are loosened, amenities are expanded and Las Vegas and the economy bounce back,” the statement said.

The company plans to release more details on its expanded offerings “soon.”

A Caesars Entertainment Inc. spokesperson said the company is encouraged by the easing of capacity restrictions and will expand capacity when and where it is possible.

“Our focus remains on the well-being of our team members, guests, and the communities we serve, and we are steadfast in our commitment to the best-in-class, enhanced health and safety protocols developed for all of our resorts nationwide,” the spokesperson said in a statement. “We are optimistic for the future and fully committed to assisting the COVID-19 vaccination rollout in Nevada and every community in which we operate.”

Station Casinos and Las Vegas Sands Corp. declined to comment. Boyd Gaming Corp. did not return a request for comment.

The Review-Journal is owned by the family of Sheldon Adelson, the late CEO and chairman of Las Vegas Sands Corp.