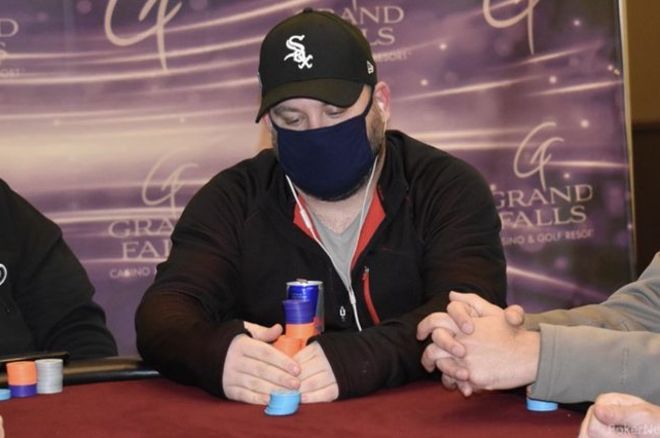 In October, the first and surely last Midway Poker Tour event was marred by a silver payout controversy that has left a dozen players shorted on their advertised payouts by a combined $55,060. Tour founder Dan Bekavac, who the day after the debacle pledged to make players whole, subsequently ghosted players and disappeared – until this weekend.

Without offering players or the community any sort of update in three months, Bekavac resurfaced at the MSPT Grand Falls as a player in the $1,100 Main Event. Bekavac has not responded to PokerNews’ various attempts at contact, and when another player tried to breach the topic on-site, it was reported that Bekavac “seemed mad” and apparently “wasn’t having it.”

So, while players like Renato Spahiu, who won the Midway Poker Tour event, and runner-up Satoshi Tanaka were shorted $16,038 and $10,974 respectively, Bekavac was busy competing for six-figures in prize money.

PokerNews spoke with Spahiu, who confirmed he has not been made whole and hasn’t heard from Bekavac or any other Midway representative since October. While he would like to be made whole, Spahiu stated that it’s likely never to happen.

Bekavac’s quest at a third MSPT title didn’t go well though as he fired on both Day 1a and 1b without advancing to Sunday’s Day 2.

The entire Midway Poker Tour situation was PokerNews’ No. 8 story of 2020.

Since the Midway Poker Tour, which has been called poker’s version of the Fyre Festival, went down in flames, unflattering details regarding Bekavac and his business dealings have come to light.

Along with his business partner Jason Trezak, Bekavac ran the Midway Club on the unregulated poker app PokerBROS, which was shut down after the live tour controversy. Coincidentally, player repayment and communication ceased when the online lifeline was suddenly cut off. A former agent for the Midway Club likened the entire operation to a Ponzi Scheme, and indeed it seems the original plan was to repay the affected Midway Poker Tour players by taking funds from the online operation.

Noted poker journalist Haley Hintze also reported on Bekavac’s other legal issues including his father’s company, Bekavac Trading Company, Inc. While the elder Bekavac serves as the company frontman, the junior Bekavac is said to finance the operation, which was embroiled in a lawsuit filed by George & Co., LLC. alleging the Bekavacs counterfeited 20,000 copies of the dice game “LCR Left! Center! Right!”.

Records also show that he filed for bankruptcy in federal court in 2011, and in 2015 he was arrested, and subsequently found guilty, of domestic battery/assault.

In a 2+2 forum about the Midway Poker Tour, others have chimed in with alleged tales about Bekavac, who in the past flaunted a luxurious lifestyle on social media. One poster said Bekavac has been banned from Caesars properties, while another stated that he has been “defrauding the government for years.” PokerNews has been unable to verify the veracity of either claim.

Not surprisingly, Bekavac’s appearance at a mid-major poker event while ghosting affected players did not sit well with the community.

“Very classy, I would have highly suggested we don’t let him register if he came to our casino to play, not sure what the boss would have said but I would have tried,” Richard Serrano said on social media.

Rob McMurren added: “How do these scumbags in poker always feel no shame or embarrassment. Guess Mike Postle will be back in the mix soon if he’s not already?”

Sam Maroon asked: “I’m trying to be a better person but how does he not just get his ass stomped on the ground? Huge balls on that dude.”

A player in the tournament also shared the following story on Twitter:

“He was belittling a buddy last night during the main after losing a hand. Dan – ‘you’re just a fkn prick aren’t ya’ my buddy – ‘idk, let’s ask the poker world what they think about you?’ Dan….. crickets.”

Those crickets will apparently continue to chirp as Bekavac remains silent in regards to the Midway Poker Tour and whether or not he still intends to make players whole.