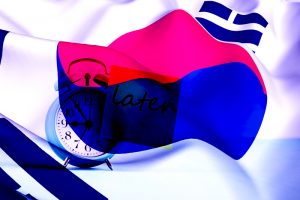 US casino and hospitality giants Caesars Entertainment Inc. and Mohegan Gaming & Entertainment are understood to be both facing significant delays in their separate integrated resort projects in South Korea, local news outlets report.

The two companies are reportedly experiencing difficulties to secure capital to complete the mega-schemes for integrated resorts with casinos and other facilities due to the disruptions caused by the global Covid-19 crisis.

Construction of Caesars Korea, which is part of a larger project called Midan City on the Yeongjong Island, just off the west cost of Incheon, has been delayed for eight months after work stopped in February due to the coronavirus pandemic.

The future of Caesars’ Korean project has actually been surrounded by uncertainty since last summer when what formerly operated as Caesars Entertainment Corp. announced a $17.3 billion tie-up with fellow US casino operator Eldorado Resorts. The two companies closed the deal in the summer of 2020 to form Caesars Entertainment Inc.

Even before the merger was finalized, former Eldorado CEO and current CEO of the enlarged group Tom Reeg said that the new Caesars would primarily focus on its US casino properties and that any international expansion opportunity would have to be “stupendous” for them to pursue it.

Mohegan Project on Track for 2022 Launch

Caesars said in August 2019 that it would cap the amount of additional cash it would pour into its $700-million Caesars Korea scheme to $60 million. The company had already spent $80 million at the time. It further noted that the remainder would be provided by outside financing, which it now seems to be struggling to secure.

As for Mohegan, the company plans to build its INSPIRE Entertainment Resort on 1.7 million square meters near Incheon Airport. Phase one of the project is estimated to cost $1.6 billion and is planned to include a casino with 700 slot machines, 150 gaming tables, a 1,250-room hotel, an indoor climate-controlled domed area with a pool and various attractions, dining outlets, retail space, 19,000 square feet of meeting and convention space, and more.

Mohegan CEO Mario Kontomerkos said earlier this year that their Korean project remained on track to open doors in 2022 and that the company was still fully committed to its pre-pandemic international expansion plans.

Mr. Kontomerkos further noted that the pandemic actually showed them that “diversification into the international arena” was crucial for the company.

Mohegan was recently selected as the winning bidder in the race for the development of a casino resort at the site of the former Athens international airport in Greece.

Korean news outlets also reported that there have been disagreements between the two operators and local development partners who demand all outstanding funds to be fully paid and further funding to be secured before construction work at the two planned mega-resorts could resume.