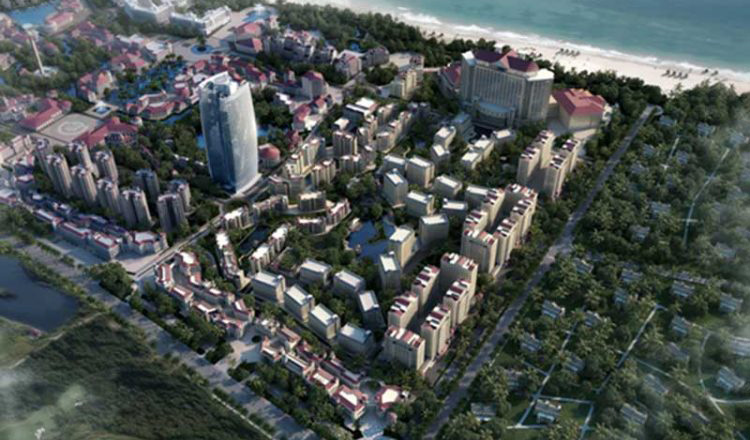 Century Entertainment has confirmed the opening target and relocation of a new casino to Dara Sakor. The project had been delayed since January. The delay was down to pandemic related business conditions including logistics problems in the delivery of essential equipment.

The project is moving forward now that the owners of the building the casino will be located in have finalised an opening target of early March.

Following the shutdown of casino operations in April 2020 because of the pandemic, Ng revealed he had received a better offer to move the operation to Dara Sakor.

The new location will cover a gross floor area of 10,500 square metres with 20 mass gaming tables, seven tables for niu-niu poker, 10 tables for baccarat (including Century Entertainment’s assignment) one table each for blackjack, sicbo and poker, 25 VIP tables, 50 electronic gaming machines and a Chinese restaurant.

Under the new agreement, Century Entertainment may be granted permission to operate more than four tables pending a valuation of each gaming table at the new location by an independent valuer. The tables will be mainly used for baccarat with the company being entitled to 100 percent of house winnings and being responsible for 100 percent of house losses.

Speaking to the new agreement, Century Entertainment said: “In view of the expected re-opening of the new casino by early March and the foreseeable recovery of the economy in Cambodia following the arrival of vaccines, the company considers that it good timing for the resumption of the new gaming table business.

“Dara Sakor, in Koh Kong province, is one of the most rapidly developing districts in Cambodia and is a well-known tourism destination in Southeast Asia. The new casino location there is planned to be surrounded by both luxury hotel resorts and a golf course. In addition, a new international airport that will allow sizeable flights to land and depart is slated to open at Dara Sakor. It is expected that the first phase of the airport will be operational in mid -2021.”

Century Entertainment also said the successful pursuit of lower-lease expenses would be beneficial to the profitability of the new venture. The company has been guaranteed a profit of at least $3.6 million for the first 12 months and $4.1 million for the second year under the terms of the new agreement.