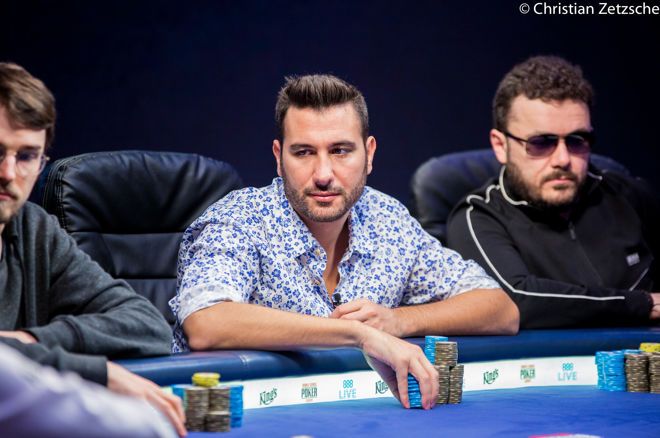 The 2019 World Series of Poker Main Event runner-up Dario Sammartino is on course to take down the latest GGPoker Super MILLION$ and pad his bankroll with more than $450,000. Sammartino may be the chip leader going into what is the 32nd Super MILLION$ final but he won’t have things his own way when play resumes at 6:00 p.m. GMT on January 19.

*countries as displayed in the GGPoker client

Sammartino has reached the final table of this $10,000 buy-in weekly tournament on three separate occasions but an outright victory eludes him. October 13 saw Sammartino finish in third-place for $202,045, which is the closest he’s come to becoming the Super MILLION$ champion. Is today the day he gets the proverbial monkey off his back?

Argentina’s “OnTheFlow” is Sammartino’s closest rivals in terms of chips. OnTheFlow, a former GGMasters High Roller champion, is making only their fourth Super MILLION$ appearance; this is their second in-the-money finish. They have won almost $1.25 million from GGPoker’s tournaments and is guaranteed to add at least $56,863 to that impressive total regardless of where they finish today.

The man returning to the action in third place needs no introduction. Ami Barer is considered one of tournament poker’s greats and he loves this event. Barer has played in all 32 Super MILLION$ events to-date and this is his 10th cash and fourth seat at the final table. He’s bever finished higher than third but will see this as his best chance of glory as he sits down armed with 52.2 big blinds.

Fourth place at the restart belongs to Russian pro “RRomashka” who is one of four players at the final table who won their Super MILLION$ ticket via a $1,000 satellite. The aforementioned Barer is another, as are “Pluto The Doggo” and former EPT champion Aliaksei Boika.

Isaac Baron won this event on September 13, 2020 and is looking for a repeat performance. Baron walked away with the $636,169 top prize at what was his first Super MILLION$ final table appearance. He’s now looking to make it two victories from two finales, which would be an incredible feat. Baron returns to the action fifth in chips with 36.7 big blinds at his disposal.

Another former champion currently finds themselves in sixth-place. Kyle Menard collected a huge $628,892 when he was the last man standing in the November 8, 2020 edition of this tournament. The Super MILLION$ was part of High Rollers Week on that occasion. He may be languishing in sixth place right now but he still has 35.3 big blinds in his stack so is not in any immediate danger.

Putting the New GGPoker Flip & Go Tournaments Through Their Paces

Pluto The Doggo has reached back-to-back Super MILLION$ final tables and is hopeful of improving on last week’s result. The Ireland-based star finished in seventh-place last week and banked $92,232, taking their Super MILLION$ haul to a combined $137,078. They would more than double that tally if they manage to navigate their way to a fifth-place finish or better.

Below Pluto The Doggo you find Pascal Hartmann, another of the modern game’s legitimate superstars. Hartmann sits down at what is his fourth Super MILLION$ final table in eighth-place with a 25.7 big blind stack. His previous results when he reached the final nine are a seventh, fifth, and second-place finish. Can he go one better than the latter this time around.

Boika is the man bringing up the real when the first cards are pitched. The Belarusian only has 13.7 big blinds in his arsenal but is one double away from being right back n the thick of it. Boika is guaranteed a healthy return on his $1,000 satellite victory and is in great form having taken down the $1,500 Deepstack over the weekend.