Daniel Negreanu returned from a 10-day break to book a six-figure win against Doug Polk. He’s slowly starting to put a dent in what was once a $950,000 deficit. And this epic heads-up no-limit hold’em poker match hasn’t even reached its halfway point. 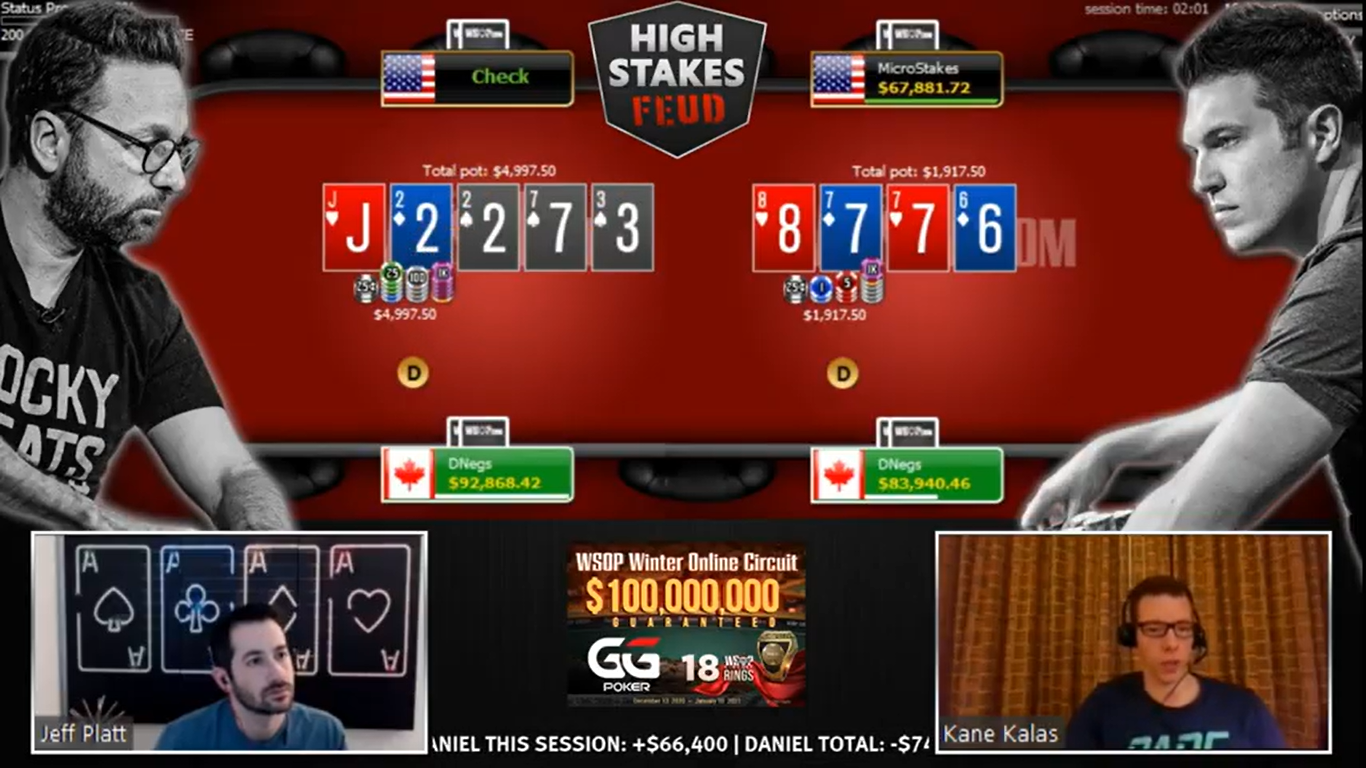 The GGPoker ambassador was down and out not long ago. It appeared he was headed for a seven-figure loss in one of the most highly anticipated heads-up matches in poker history. But the luck has turned around, and so has his game.

Negreanu scored a much needed $143,642 profit on Day 19, Dec. 11. The poker stars took last week off and returned to the virtual felt on WSOP.com Monday afternoon. Polk hoped to get back to his winning ways and make another chase at a $1 million profit. The outcome of the three-hour session, however, went in a different direction.

Daniel Negreanu on a Heater

Following Day 18, which saw Polk extend his lead to more than $950,000, Negreanu confidently said he felt he’s been playing well, but the luck hadn’t been on his side. He claimed he was due to hit a good run of cards eventually. Perhaps, he was right.

Negreanu lost a couple of coolers on Monday. In one massive pot, for example, he rivered a straight but Polk already had the nut flush. So, he dumped over $40,000 in just one hand. That was the only huge pot he lost during the three-hour session — 534 hands.

For most of the rest of the afternoon, he dominated the match. Negreanu took an early lead and never squandered it. He won numerous pots, mostly small to medium sized. He grinded his way to a $117,962 hand for an impressive session. But he could have left the game with a $145,000 win if not for bluffing into a flush on the river on the final hand of the day.

Still, Negreanu is starting to prove he can compete against arguably the top heads-up no-limit hold’em players ever. Polk is a difficult opponent for anyone, and Negreanu is showing that he’s up for the task. Polk even said so much on Twitter after Monday’s match.

Negreanu has made it clear in his post-game interviews on the GGPoker You Tube channel that he isn’t going to give up. Even more, on Monday, he told commentators Jeff Platt and Kane Kalas that he’s now passionate about heads-up poker and wants to take on additional challenges in the future. He even said that he’d accept a rematch with Doug Polk.

The current high stakes duel will continue on Wednesday at 2:30 pm PT.