It’s taken a long time to get here, but it would look like Daniel Negreanu and Doug Polk have finally put a red ring around a specific date upon which to start their heads-up grudge match.

After two months of waiting for Daniel Negreanu to finish playing a pretty full-on WSOP schedule on GGPoker, Polk got in touch, in public, on Twitter.

Alright im sick of the run around. Does anyone know how to get in touch with @RealKidPoker so we can actually schedule this match.

He tweets at me once in awhile and then goes silent. Its been 2 months and im ready to fucking battle. Lets work out some details.

Negreanu couldn’t help biting on that juicy word-worm, saying “Well this tweet is awkward. You all riled up, eh! You have been talking to Mori and Brent no? I have and they said they spoke with you. All that’s left is waiting on a final legal opinion to see what options are available. Nov 1st could work. Feel better?”

It’s a funny way of phrasing it all, but clearly, Negreanu really had riled Polk, who called his opponent childish whilst agreeing to that start date. 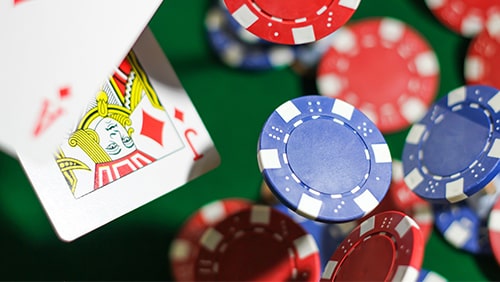 It seems like Poker Central will be hosting, the sessions will last a minimum of two hours as Negreanu states in his responses to Polk’s tweet.

Negreanu has rejected the idea of hole cards being shown, saying on a recent podcast that he didn’t think it made sense for him to do so.

“It seems like it would be a massive mistake. I’m not gonna give him cards up, the capability to dissect my betting percentages and stuff like that so him and his team can break it down.”

Negreanu also mentioned that Polk had called for an ‘inspection’ into ‘DNegs’ using Real-Time Analysis, a hot topic after GGPoker banned 13 players for using the software.

“I agreed to your “inspection” request to ensure no one is using RTA or whatever.” said Negreanu.

Perhaps unsurprisingly, Poker Shares have Polk as a massive favourite given his specific HU NLHE experience.

Who will win? It’s anyone’s guess, but the smart money is on Polk. Perhaps more important is who comes out of the challenge looking like the bigger man. That title is going to be up for grabs until the final card is dealt no matter who is winning at the table.

Daniel Negreanu or Doug Polk – who’s your money going to be on?