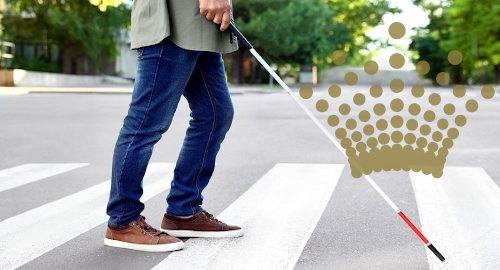 Australian casino operator Crown Resorts’ senior management continues to demonstrate that they were either shockingly unaware of their VIP gambling compliance responsibilities or simply didn’t care.

Pressed on whether he’d seen 2015 media articles detailing China’s crackdown on international casinos attempting to lure mainland gamblers, Alexander said he couldn’t recall seeing them. Told that other Crown execs, including one board member, were aware of the dangers that ultimately led to China arresting 19 Crown staff, Alexander claimed this represented “a failure of information flow upwards.”

China allows international resort operators to promote non-gaming amenities to mainland residents but any talk of gambling is strictly off limits. Yet Crown continued to aggressively market its gaming operations to mainland high-rollers, “deliberately spitting” on Chinese authorities (in the words of a former joint venture partner).

Alexander also pleaded ignorance of Crown management telling China-based employees to tell local authorities that they were only visiting China, not working. Alexander further claimed that he didn’t inspect the legal advice Crown received until after the arrests and said former managing director Rowan Craigie had assured the board that “we were operating legally in China.”

Last year, in the wake of public reports that Crown was turning a blind eye to money laundering at Crown Melbourne’s junket-led VIP rooms, the company bought ads in local newspapers decrying the “deceitful campaign” against it. Alexander admitted Friday that some of the claims made in Crown’s ad were inaccurate.

Those claims included Crown claiming to have “robust processes” for vetting its junket partners. Alexander said one of the execs who vetted these claims for accuracy was Barry Felstead, who oversaw Crown’s VIP operations. Alexander disagreed when asked whether this was effectively asking Felstead to investigate himself.

Asked about revelations that the Suncity Group junket was running a ‘cash desk’ at Crown Melbourne, Alexander said he couldn’t recall being briefed about the AU$5.6m in cash that was found in a cupboard in Suncity’s VIP room, which was AU$5.5m higher than Suncity was legally permitted to have on hand.

Shown an email in which Crown compliance officer Joshua Preston referenced the cash, Alexander again claimed ignorance, while admitting that the email should have been forwarded to Crown’s risk-management committee. Alexander conceded that this made it “more difficult” to deny the suggestion that Crown had turned a blind eye to money laundering.

Last week, Crown suspended junket activity at its casinos until mid-2021, and Alexander claimed Friday that the company was on “a journey of improvement.” ILGA commissioner Patricia Bergin claimed to be “at a loss” with Alexander’s sunny views, musing that if Crown could claim ignorance of illegality at its venues, “what chance has the regulator got?”

The ILGA has been tasked with determining whether Crown is suitable to hold a gaming license for its AU$2b Crown Sydney property, which is scheduled to open this December. Speculation has it that Crown will escape an outright revocation of its license, but will face tighter restrictions on its ability to operate gambling at Crown Sydney.

Crown’s largest shareholder James Packer, whose efforts to sell 20% of Crown to his former JV partner Lawrence Ho sparked the inquiry, is scheduled to testify via video link next Tuesday (6).