The last poker boom worthy of the name took place in 2003 when Chris Moneymaker won the WSOP Main Event from an $80 satellite. We’re approximating that amount because numerous credible sources maintain that Moneymaker’s satellite entry was anything from $30 to $100, but either way, his victory transformed the game. 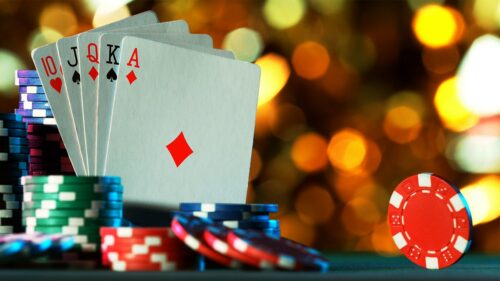 The 2003 Poker Boom was unprecedented and came about for many reasons. Poker had long been ready to explode and the combination of online poker along with other factors such as companies like the World Poker Tour and the original PartyPoker brand growing were huge. In retrospect, the original poker boom was due to Mike Sexton’s legacy as much as it was Chris Moneymaker’s success at the felt.

So could another, perhaps even bigger ‘poker boom’ be coming in 2021?

If it feels an odd question to ask in the middle of a Coronavirus pandemic, that’s probably because it is, but it’s not necessarily the wrong one. Live poker has always been something of a loss leader, and live festivals create the biggest of those losses. As such, when the COVID-19 restrictions took a firm grip on live poker back in the Spring of this year, that put poker in something of a quandary.

Live events had to go, but could the poker sites house some of those events online?

Invariably, the answer to that question was yes, and players were still happy to pony up thousands of dollars in entry fees, participating not only in ‘replacement’ events such as the World Series of Poker 2020 Online Series, which took the place of the regular summer WSOP, but also new events that were put together on the fly to capitalise on the attendances of players who were used to signing in for work as well as poker by that stage.

According to a recent study by Pokerfuse, some poker brands have grown their traffic by huge percentages in 2020. Year-on-year growth of brands such as partypoker (30%), iPoker (62%) and GGPoker (a stunning 208%) are key indicators of how strong online poker is, but the reflection is more than simply the online game.

The hunger for the live game is growing and when poker is truly back, tournaments such as the European Poker Tour, the World Series of Poker and other big tours is huge. With the re-entry of Pennsylvania to the online poker world and a Joe Biden victory in the U.S. election, America could hold the key to exponential growth in the game from the New Year onwards. The MultiState Internet Gaming Agreement that could free up other states to join the growing number of states in which online poker is available could grow, and if it does, the barriers to poker growth are only health-related.

With the possibility of a vaccine for COVID-19 coming, poker could be one of the key beneficiaries to a poker-playing public being given licence to travel, explore and play without restrictions as a new poker future could bump up numbers even more around the world, both live and online.

Next year is the year of the Ox, which is said to represent people who are strong, reliable, fair and conscientious, inspiring confidence in others. If poker can reflect those values in the next twelve months, the figures spoken about this week will only get bigger and better.