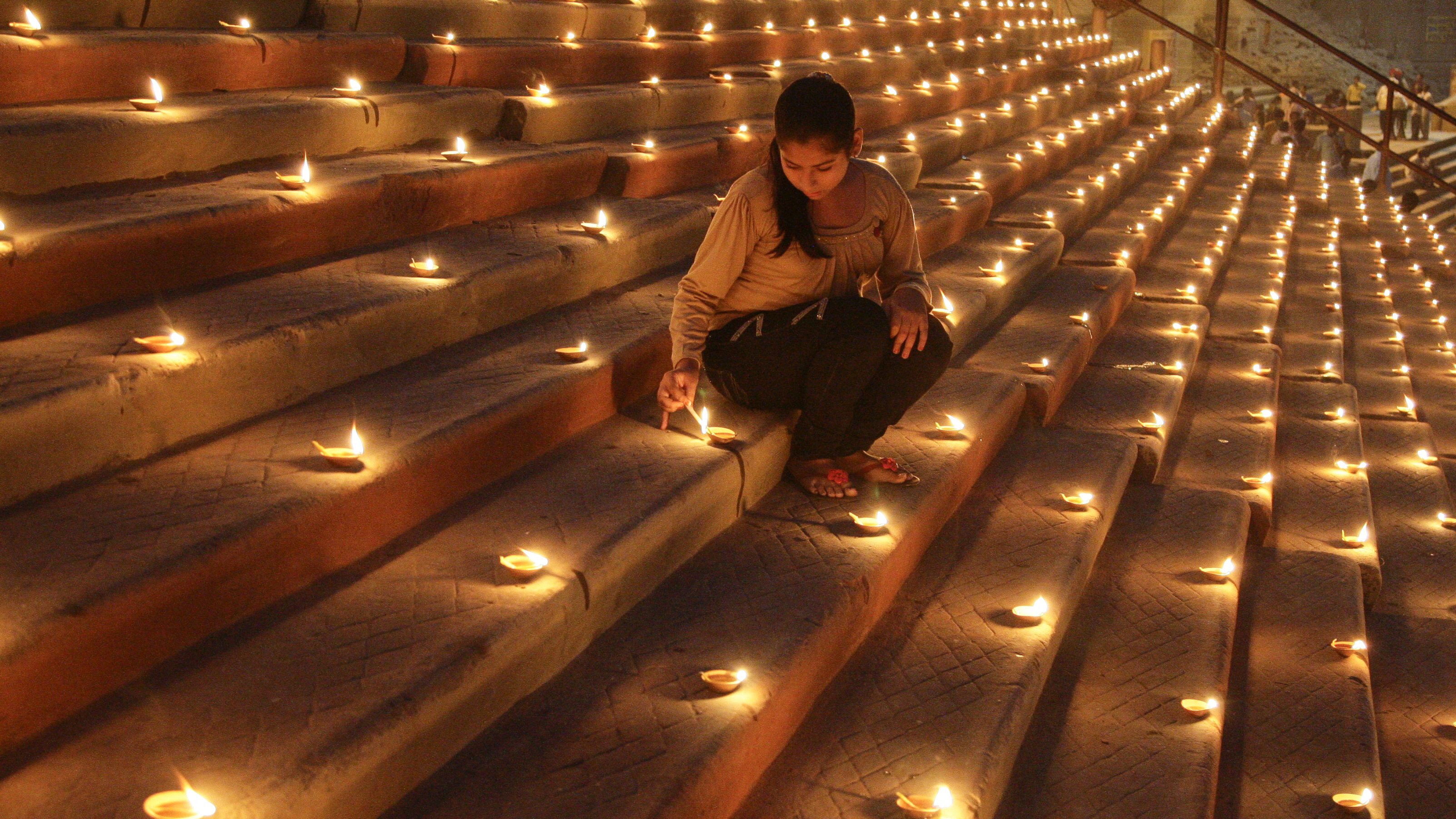 Lights, camera, and the glitziest silk kurtas were fixtures of Diwali of yore.

But the Hindu festival of lights will look different for a lot of people this year. For instance, Vivek Sardana, a Mumbai-based strategy consultant, had been dreaming about hosting his friends for a Diwali party at his new flat in Thane, on the outskirts of the city. Despite the pandemic and related lockdowns, and despite the fact that Sardana had to move to Jabalpur in Madhya Pradesh to be with his aged parents, he was expecting a return to “normality” by October. “But Diwali this year is going to be sombre, spent indoors with my parents,” he says.

Generally, the 34-year-old would have a packed schedule for two weeks preceding Diwali, which falls on Nov. 14 this year. There would be multiple invitations to card parties, often forcing Sardana to hop parties. Playing the game of teen patti (three aces), which is similar to poker, is as much a part of Diwali traditions as lighting earthen lamps and exchanging gifts. Some play poker with token small stakes. Other serious gamers have skin in high stakes games.

But Covid-19, which continues to surge in India with over 8 million cases, has ensured this year Sardana stays at home.

A dull consumer sentiment, a raging pandemic, and overall economic gloom has taken away the sheen from Diwali for a lot of Indians. In this scenario, a Diwali party is the last casualty, but one that pinches young urban Indians a fair bit. “Honestly, the actual Diwali festivities and traditions are very short. It’s the joy of the season, stepping out to your friends’ and relatives’ homes, even being stuck in traffic that used to define Diwali for me,” laughs Gitika Goel, a resident of Gurugram.

For that reason, Goel is trying to beat the gloom by organising a small Diwali cards party at her apartment. “I don’t have elderly parents at home, so I can afford to do this,” she explains. The elderly, especially those with comorbidities, are particularly vulnerable to Covid-19. But this plan isn’t without its headaches.

Her guest list of 10 has been asked to stay at home and quarantine for two weeks preceding the party on Nov. 1. On the day of the party, everyone has to check and report their temperatures. “I will keep sanitisers on three different tables, and I’m also thinking of sanitising the cards and poker chips with a spray between games,” she says. “I’m actually curious to see how a game of poker can be played without facial expressions and with our masks up,” Goel quips.

There are others, like Delhi resident Aditya Chawla, who will host only those friends who are equally careful as he has been these past seven months since the Covid-19 outbreak started in India. “I’m making arrangements for people to stay over so that no one has to risk taking a cab back home,” he says.

It would seem like a lot of headache for one party, but Indians, fed-up with staying indoors, are trying to retain a semblance of celebratory spirit around the festive season.

Event planners in Gurugram, for instance, say that the quantum of Diwali parties has only marginally reduced. “Diwali parties are being planned and executed even now. The big difference is that people are thinking about safety at every step of the way,” says Silky Agarwal, creative head of La Pitara, a Gurugram-based event planning company.

The other difference, she says, is that the size of the guest lists has gone down. Instead of large parties, a majority of the requests that La Pitara sees are for parties of 10-12 people. These requests also now come to the company because of the curated decoration kits it devised during the Covid-19 lockdown. These boxes have everything from handmade buntings and fans, to decorative flowers and banners, all in line with the chosen theme.

Agarwal says that while she has noticed a nearly 50% reduction in the amount people are willing to spend, these curated boxes help bridge the gap of lost business. Overall, she estimates a 15% drop in the number of Diwali parties this year among the ones that La Pitara physically attends and decorates for.

This reduction in the number of parties could also perhaps be a consequence of a move to virtual parties.

Akashdeep Singh, for instance, has been serious about playing cards during the Diwali season, and not just for the joy of attending soirees. This year, however, Singh is planning to take his games online with other serious enthusiasts. “I really want to be super careful because of my grandmother at home. So a bunch of us are just going to have drinks on Zoom and play poker online,” says the 35-year-old Ghaziabad resident.

While online poker has been on the rise in India for the past few years—which has even led to American actor Dan Bilzerian bringing his BlitzPoker platform to the country—platforms have reported an unusual surge since the pandemic began.

“Online games on the whole have seen a surge in traffic over the past six months. We have seen more than 100% growth in our traffic pre-Diwali this year compared to 2019,” says Karan Gandhi, co-founder of Dangal Games, a company with games such as Poker Dangal and Rummy Dangal under its umbrella. “The popularity of card games like poker and rummy has grown even in tier-2 and -3 towns,” he adds.

There has also been a rise in the number of new poker players. “During the lockdown phase, the traffic was high and the profits had increased by 50% as most of the players were homebound and had time to play,” according to Abhishek Goindi, co-founder of poker training programme Poker Bootcamp. “The bootcamp, for instance, witnessed a significant surge of 200% in terms of people paying to learn poker in India this year compared to 2020.”

Whether an online game can replicate the charm of boisterous card parties is something that will become clear only in 2021.