For the Valley News

No, this was Education Secretary Betsy DeVos’ plea to Education Department staffers as she ends her term in office. As reported in The Hill, she implored them to “Be the resistance against forces that will derail you from doing what’s right for students.” DeVos evoking the language of progressive activism is rich — almost as rich as DeVos herself.

She has gotten scant attention in the chaos of these last days. It seems unjust to allow her to go so quietly from the party. It is only in the shadow of Bill Barr, Scott Pruitt, Michael Flynn, Wilbur Ross, Steve Bannon, Paul Manafort, Mike Pompeo, Ben Carson, Stephen Miller and many others that DeVos’ breathtaking awfulness would go uncelebrated.

I am here to right that wrong.

As with other Trump appointees, her most luminous qualification for the position was absolute disdain for the mission she was tapped to lead. She had demonstrated decades of hostility toward public education and her antipathy has continued unabated on the job.

Her educational “philosophy” is built on several premises that have informed her life’s work.

Her education activism and support of reform are, in her words, “a means to advance God’s Kingdom.” She has proclaimed that “the system of education in the country …. really may have greater Kingdom gain in the long run.” To this end she has been a tireless advocate for voucher programs, which allow parents to use tax dollars for their children’s enrollment in religious schools. In Florida, for example, 80% of vouchers, to the tune of $1 billion, go to religious schools, where evolution is just theory, gay students are unwelcome and every course is offered through a Christian lens.

Her advocacy for charter schools is built on the second premise: Profit is a divine right and any budding entrepreneur who can walk and chew gum is qualified to give education a shot. In her home state of Michigan, this has resulted in a checkerboard of charter schools that fail as often as Trump casinos and where the odds of getting a good education are like playing the roulette wheel. The shifting of public money to charters has hollowed out the public system in Detroit, for example, where kids of color are often shuffled to and from a half dozen startups and shutdowns in just one school year.

This manifestation of her “activism” seems very much like the source of her immense wealth: Amway. The very American Amway system also allows any budding entrepreneur who can walk and chew gum to give Amway a whirl. The odds of success are similar to the odds for charter startups — meaning very low indeed. Unless, of course, you are at the top of the pyramid. Every sucker who loses is a gain for the house.

Amway aside, her business acumen is suspect. She was a major investor in Theranos, a remarkable scam whose founder is facing felony counts of fraud. She and her husband are also up to their ears in another corporate boondoggle, Neurocore, which was the subject of a complaint to the Food and Drug Administration alleging the “use of unapproved medical devices.” Neurocore also changed its advertising claims following scrutiny by the Federal Trade Commission. As a kicker, they invested in a Broadway show that closed after three weeks. Like her patron saint Trump, it’s just so much winning.

I would be remiss if I did not point out that she is, in these respects, an iconic representative of the contemporary Grand Old Party, which is committed to the same principles: that we are a Christian nation and that everything done for private profit is de facto better and more efficient than anything done for public good. A few other highlights:

■ In her confirmation hearing, she knew nothing about the Individuals with Disabilities Education Act, saying states should do whatever they want.

■ She called historically black colleges and universities “pioneers of school choice,” seeming to miss that they were the result of segregation and that they were founded because black students had no choices. It’s like admiring a particularly fine porcelain drinking fountain in Jim-Crow-era Alabama and praising it as a pioneer in hydration choice.

President-elect Joe Biden has a short list of candidates to replace DeVos. All are a vast improvement. Some are quite wonderful. Until then we must all say to the staffers in the Education Department, “Resist!”

Steve Nelson lives in Boulder, Colo., and Sharon. He can be reached at [email protected]

WE APPRECIATE YOUR SUPPORT DURING THE COVID-19 PANDEMIC

We continue to make our coronavirus coverage free to everyone at www.vnews.com/coronavirus. If you believe local news is essential, please consider subscribing or making a donation today. Learn more at the links below.

LEBANON — After a rocky spring when the COVID-19 pandemic first hit and revenue plummeted, Dartmouth-Hitchcock Health saw its operating margin… 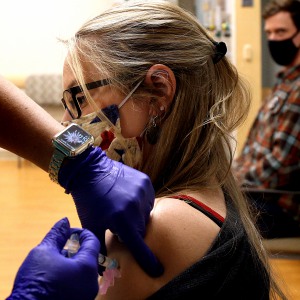 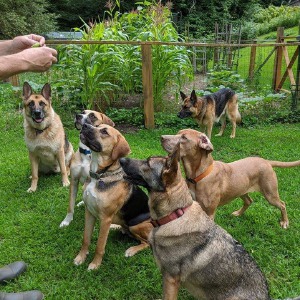 ST. JOHNSBURY, Vt. — A prisoner died Sunday at the Northeast Correctional Complex in St. Johnsbury. Officials said the death appeared to be a…