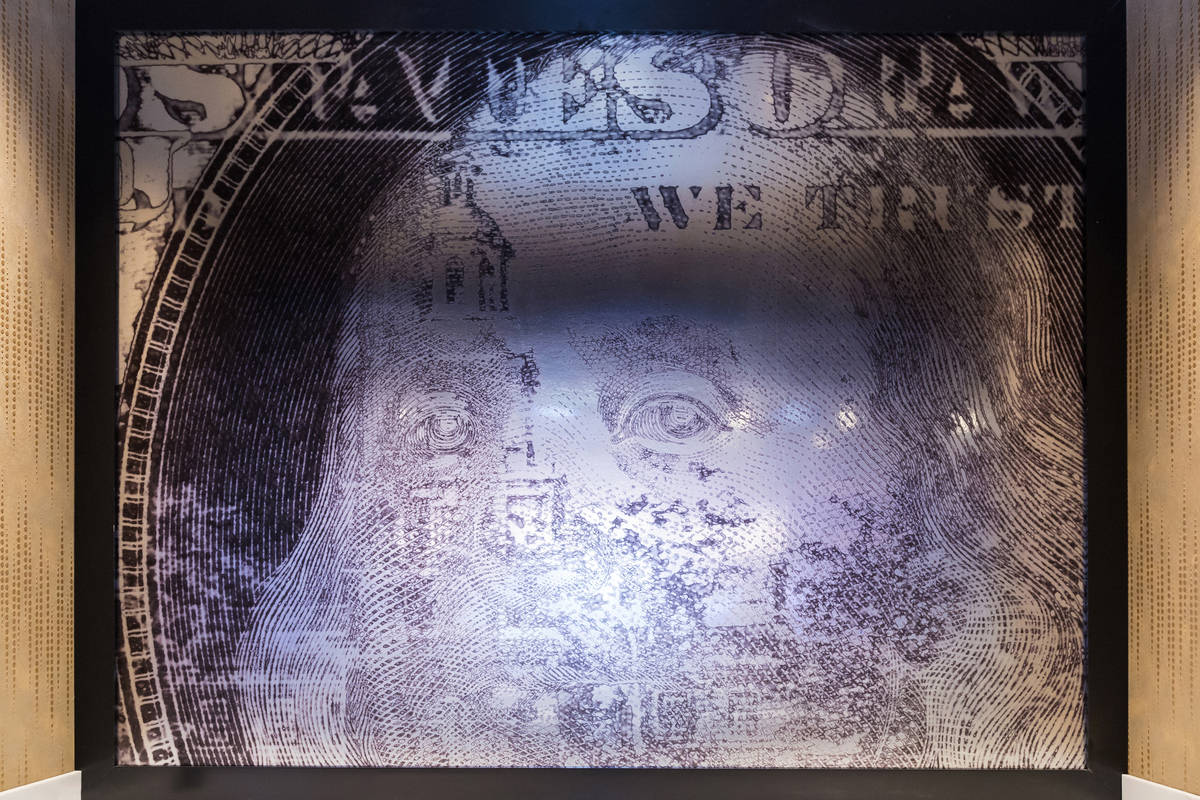 Set among some of Las Vegas’ oldest landmarks, Circa will be the newest resort in the downtown Las Vegas corridor.

While the rooftop of downtown’s tallest building provides views of the area and the Las Vegas Strip, and the Stadium Swim pool area faces the 135-by-41-foot LED screen, the resort’s interior showcases artworks that pay homage to the city’s roots.

Iconic works such as the neon Vegas Vickie marquee and murals by well-known Las Vegas artists meld classic and modern within Circa’s restaurants, casino floor — and even the parking garage.

“From the very beginning of establishing the collection, it was important to represent primarily local artists,” says Alice O’Keefe, director of design and architecture. “There are a lot of really talented artists in Las Vegas. And with Circa’s opening and the ties to its roots and Fremont Street’s history, it was a perfect storm to work with local artists.”

One of the first works of art that guests will see when entering Circa’s lobby is a three-piece rotating mural.

The articulating sign, similar to one you might see on a highway billboard, cycles through three artworks: a still life of gaming paraphernalia, a vintage Vegas skyline and a Picasso-esque depiction of Vegas Vickie.

The high-kicking neon cowgirl Vegas Vickie was taken down from her Fremont Street perch in June 2017.

When Circa opens Oct. 28, visitors will be able to see her once again, this time dolled up with a fresh coat of airbrushing based on her original sketches.

The 25-foot-tall neon sign, originally dubbed Sassy Sally, will welcome guests as they enter from the porte-cochere.

Local artist Jelaine Faunce painted a trio of faces for the restaurant.

“My inspiration was simple — every beautiful showgirl I’ve ever seen grace the stage,” she says. “Embodied in the eyes and face, all the flirtatious, cheeky, zany humor that is a constant part of the appeal and allure of Las Vegas.”

In the parking garage, the Garage Mahal, a 22-foot-wide chandelier is installed near a mural of vintage Vegas icons by local artist Eric Vozzola.

Other artworks include a “lifesize bobblehead” statue of Paul Saginaw at his namesake deli; a piece done with spray paint and stencil by Recycled Propaganda artist Izaac Zevalking at the Jack Pots coffee stand; compositions of a Vegas Vickie sketch painting by YESCO artists in guestrooms; a portrayal of larger-than-life playing cards by Faunce; and pieces including a reflective work by Mikayla Whitmore in the hotel’s suites.

“I’ve lived in downtown for many years,” O’Keefe says. “I see so many projects that bring in artists from all over the world. This was a great chance to bring in art locally and a great opportunity to showcase the local artists.”