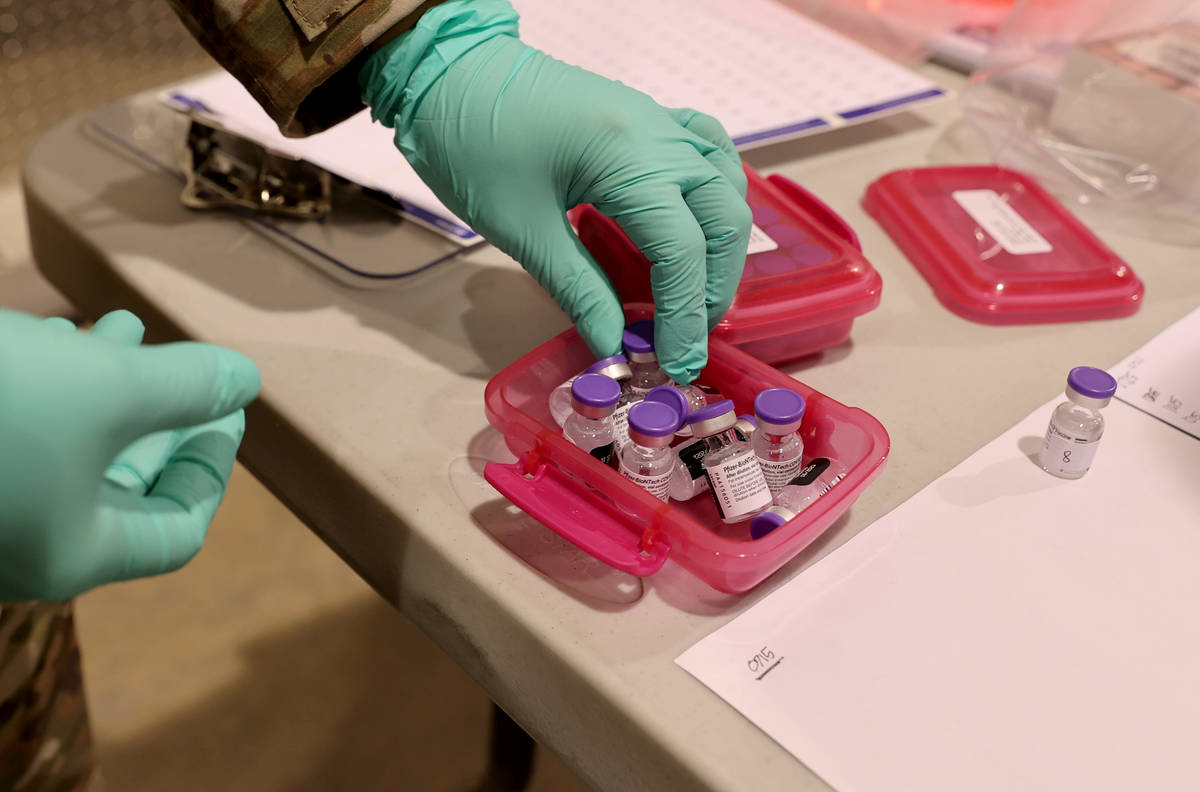 A major casino company will begin offering COVID-19 vaccinations to its employees on the Las Vegas Strip this week as part of a plan to immunize the workforce of Nevada’s dominant industry.

Starting Tuesday, MGM Resorts will begin to offer vaccinations at one of its Strip properties to all its local employees, an official with the Southern Nevada Health District said Monday.

MGM initially will be allotted enough vaccine to give 700 vaccinations each day for five days, or 3,500 doses, said Greg Cassell, incident commander for the health district’s rollout of the vaccine. At least two other casino companies are preparing to launch similar programs, he said.

Getting members of the casino and hospitality industry vaccinated is a priority for county and state leaders.

“Our economy is based on gaming and entertainment and restaurants and all the things that are associated with that,” Cassell said. “Having a healthy workforce is key to them being able to provide those services and get us back up to speed as a community with our primary industry.”

The program is not without precedent, Cassell said.

Hotel-casinos have held influenza vaccination clinics for their employees in years past. During the pandemic, they’ve offered on-site testing to employees.

State officials, who control the distribution of Nevada’s federal COVID-19 vaccine allocation, have so far set aside at least 20,000 doses for the casino initiative, Cassell said.

Casino companies are required to submit their clinic plans to the Nevada Gaming Control Board, which are then approved by the health district. A gaming control board spokesperson declined to comment Monday.

Cassell said he would like to see as many as 50,000 vaccinations per week through hotel-casinos, an industry he estimated to have 140,000 to 180,000 local employees.

“If everybody was willing to get vaccinated … I would think we would have a very large dent in this in a three- to four-week span,” he said.

MGM is partnering with Community Ambulance to give the vaccine to its employees. In a pilot program last week, the resort company vaccinated 400 employees on the first day and 600 on the second, Cassell said.

All hospital, casino and restaurant workers in Clark County became eligible to be vaccinated on March 11. However, many appointments are going unfilled at public vaccination sites, with the slots being taken by walk-ins.

Health district officials have said that their vaccine centers’ limited hours of operation could be preventing more workers from getting vaccinated. Cassell said that should be less of a problem at the casino sites.

“They can facilitate vaccines to swing shift, graveyard,” he said.

Vaccination opens up to everyone 16 and older in the state on April 5.