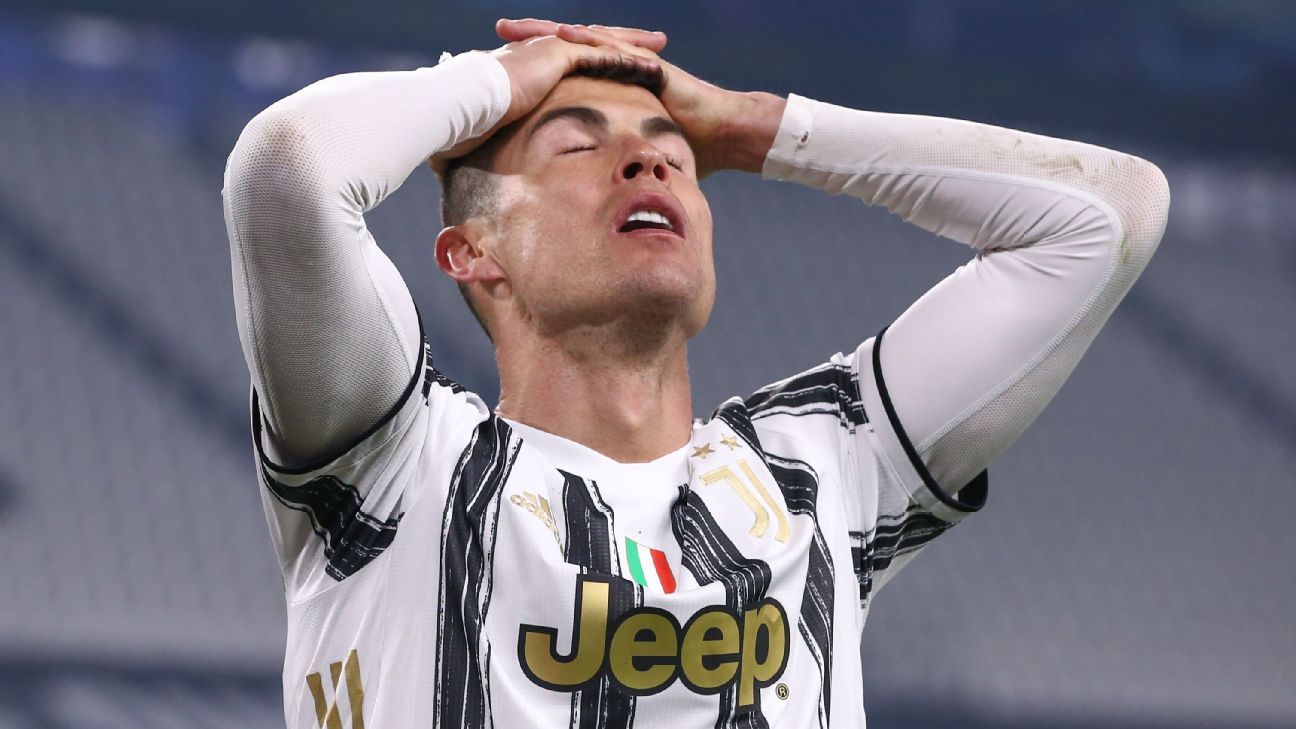 Cristiano Ronaldo’s role in Porto’s decisive goal which saw Juventus knocked out of the Champions League round-of-16 stage for a second consecutive season was described as “the worst” by TV pundit Fabio Capello.

Having been facing 10 men since Mehdi Taremi’s dismissal on 54 minutes, Juve had levelled the tie and were five minutes away from a penalty shootout before Sergio Oliveira’s free-kick rolled into the net after Ronaldo had turned his back and lifted his leg in a weak attempt to block the effort.

Juve were given a lifeline when Federico Chiesa scored an away goal in the first leg which meant, despite Porto’s dominance, Andrea Pirlo’s side only trailed 2-1. But they were behind in Turin after just 19 minutes when Merih Demiral gave away a penalty with a clumsy challenge.

“The penalty kick tonight is another gift. Too naive from Demiral, you can’t go looking for the interception, it’s a serious mistake.

“But this is the worst: Cristiano Ronaldo jumping and turning in the wall. Whoever is in the wall can’t be afraid of being hit. It’s an unforgivable mistake that has no excuses.”

Despite going behind on the night, Chiesa had equalised for Juve shortly before Taremi’s sending off and added another on 63 minutes to level the tie.

Juve had several chances to win the match in normal time but failed to capitalise on their dominance and Oliveira’s goal proved decisive as, despite Adrien Rabiot immediately putting the Bianconeri back in front on the night to level the tie at 4-4, Porto qualified via the away goals rule.

The result means Juve, who last won the Champions League in 1996, have not reached a semifinal since 2017 and, since Ronaldo’s arrival three years ago, have been eliminated by Ajax, Lyon and now Porto.