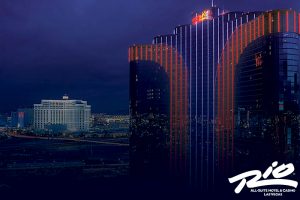 Rio All-Suite Hotel and Casino in Las Vegas is set to resume operations before 2021, the property’s operator, Caesars Entertainment Inc, said this week.

The off-Strip casino, best known for being home to the annual World Series of Poker, closed doors in mid-March as Nevada was fighting to curb the advance of the coronavirus. It has been shuttered since then, but Caesars CEO Tom Reeg said Thursday during a Q3 earnings conference call that the hotel-casino resort is scheduled to reopen by the end of the year.

After nearly a decade of speculation over Rio’s fate, Caesars sold the property late last year to a company affiliated with Dreamscape Companies, which is owned and controlled by New York developer Eric Birnbaum in a $516.3 million deal.

Under a lease agreement between Caesars and Rio’s new owner, the casino giant continued to run the property’s day-to-day operations for at least two years and annual rent of $45 million. The resort’s new owner has the option to pay Caesars $7 million to extend the lease agreement under similar terms for a third year.

Rio is the last of nearly five dozens of Caesars-operated properties around the US to have remained closed since the coronavirus-induced nationwide casino closures this past spring.

Unlike several other major casino companies with Las Vegas Strip presence, including MGM Resorts International and Wynn Resorts, which have decided to reduce their operations during the middle of the week, Caesars has no plans to do that at least for now, Mr. Reeg said Thursday.

Mr. Reeg further noted that they are “not going to be talking about closing properties mid-week” and that they would like to open properties instead as “business continues to get stronger” in Las Vegas.

The Caesars CEO also pointed out that the company is looking to build on improving financial levels over the past few months. Mr. Reeg said he expects Caesars to have generated nearly $50 million in EBITDAR in October, compared to $10 million in EBITDAR recorded in July.

Caesars anticipates record convention business for the second half of 2021. The company opened its $375 million Caesars Forum convention center in March, but the facility operated for about a day-and-a-half before Nevada ordered a statewide shutdown of all non-essential businesses.

Mr. Reeg said this week that Caesars Forum has 172 convention events booked for next year and beyond and that nearly 80% of these are new to Las Vegas. However, the executive noted that none of that would matter if the public health situation does not improve.

While other states have opened more swiftly following the initial Covid-19 closures, Nevada’s public health measures and weakened travel industry have battered the state’s convention business. The situation is expected to improve as Covid-19 concerns ease, but no one really knows when that might happen.

Mr. Reeg said they are heartened by Gov. Steve Sisolak’s recent comments that he is looking “to go to 50% capacity by the beginning of 2021.”