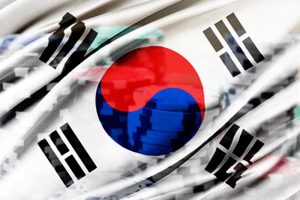 Caesars Entertainment announced that it has decided to give up its stake in its planned casino project in Incheon, South Korea. The stake is going to the American brand’s partner, Hong Kong-listed company Guangzhou R&F Properties. The project called Caesars Korea Resort Complex was supposed to have a foreigner-only casino, among other facilities.

According to a source from the Incheon Free Economic Zone Authority (IFEZA), which is the public body overseeing the site, Caesars disposed of its stake in January. The source was unable to share what was the reason behind this move.

The project, also known as Midan City Resort Complex, was promoted by an organization called R&F Korea (RFKR). Its previous name was RFCZ Korea and it had been a 50-50 joint-venture between Caesars Entertainment and China Guangzhou R&F.

According to a ministry representative, RFKR submitted an official request to South Korea’s Ministry of Culture, Sports and Tourism in the beginning of February, to postpone the opening of the property’s first phase from March 17, 2021 to March 2024.

In order for the project to be successful, the ministry would require RFKR to find a new partner, which would have similar experience in casino operations as Caesars.

The ministry is expected to give a response to the RFKR’s request for a three-year postponement as early as April.

Last July, Caesars Entertainment signed a $17 billion merger deal with casino operator Eldorado Resorts. The merger plan had been announced back in 2019 and soon after that, a senior executive at Eldorado Resorts commented regarding Caesars’ ambition to operate in Asia. According to the official, the opportunity would have to be “stupendous for us to be running in that direction”.

Later, in the summer of 2019, Caesars announced giving up its plan to pursue a Japan casino license.

The project was supposed to be located not far from the country’s capital Seoul, at Incheon, the site of the nation’s main international air hub. The project used to be described by promoters as a multiphase scheme.

According to a webpage created by Caesars, which is now offline, the project was supposed to include not only a foreigner-only casino, but also a hotel and serviced apartments offering more than 720 rooms, suites and villas.
The parties involved invested KRW850 billion (US$767.5 million). The gross floor area was put at 172,249 square metres (1.85 million square feet).

According to a local news outlets, Caesars Korea and Guangzhou R&F had been in long discussions about the future of the project. The construction was supposed to happen in February 2020 and the first of the many phases was supposed to be ready at 25%.

However, another source shared that the two parties have been doubting the success of the project since the current coronavirus pandemic is affecting the industry.